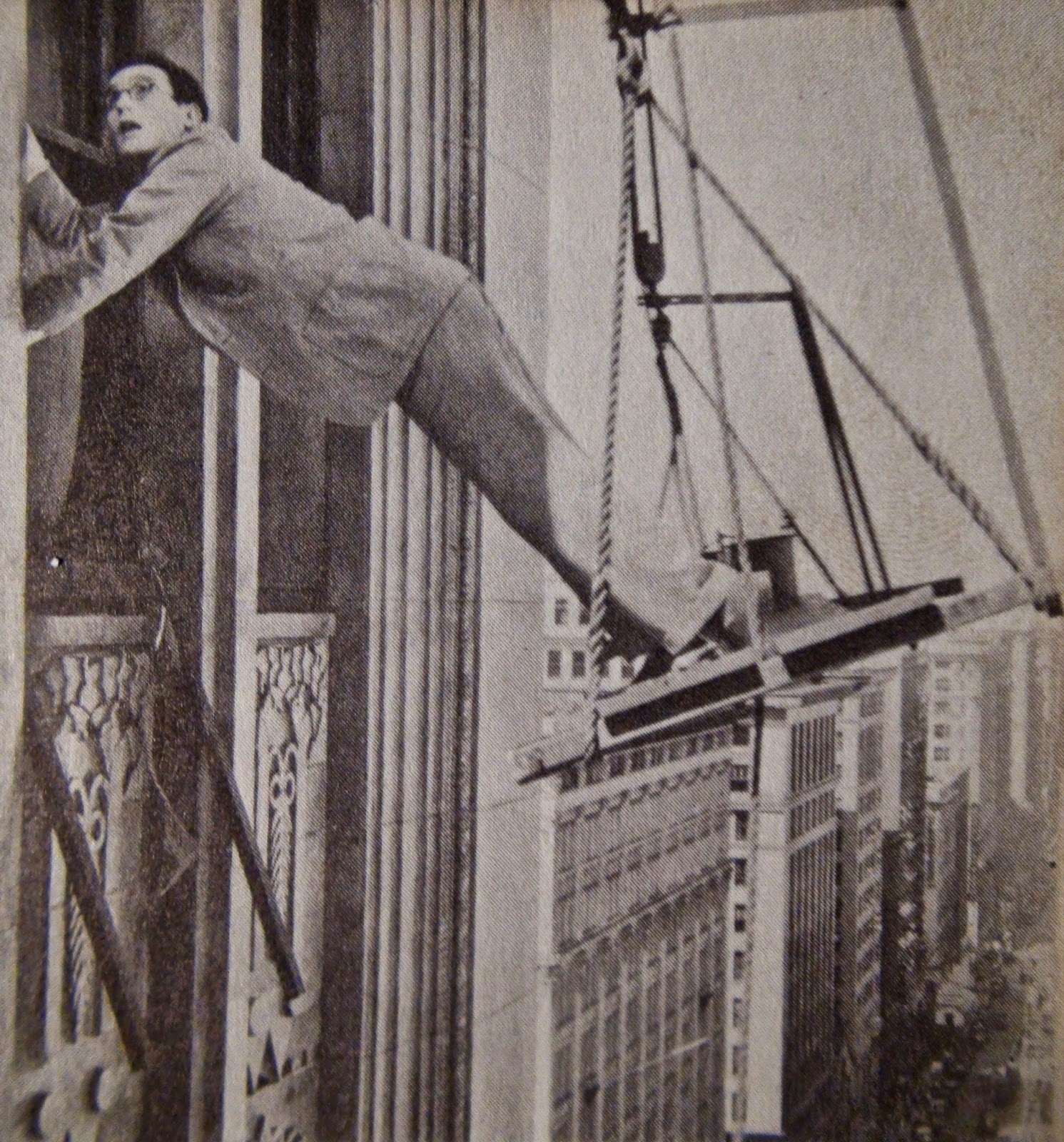 One of the gifts that I got from the Schmidt side of my family, is the love to movies.  As a child, I was often taken to movie theaters by my grandparents and uncle.  It always was one of the most exciting and pleasurable parts of my childhood.  My sister, cousin, and I were introduced to a full spectrum at cinema, everything from Walt Disney movies to westerns.  Many of the films that I saw at the time remain my lifetime favorites.
One day in 1963, I was informed by my mother that my grandparents wanted to take me and my sister (I assume she was along) to a movie.  I asked, “What movie?” and was told a Harold Lloyd film.  I had never heard of Harold Lloyd and so asked who that was.  My mother told me that Harold Lloyd was an old time, slap-stick, comedian, who was my Grandfather Schmidt’s favorite.  (“Pop, never passed up a Harold Lloyd movie.”)  I still didn’t know what to expect, but I was alway ready and eager to go to the movies.
That night Harold Lloyd became my favorite old time comedian too.  “Harold Lloyd’s World of Comedy” made such an impression on me that I still have the review of the movie which I cut out of the local paper in 1963, the day after I saw it.  I could never understand why with the fame of his contemporaries (Charlie Chaplin, and Buster Keaton), Lloyd is still relatively unknown.
When movies started to come out on video tape, I looked for the film, but it never seemed to be available.  I bought some tapes of Chaplin and the Little Rascals, but my wish of having Lloyd’s World of Comedy remained unfulfilled.  Then a month or so ago, I noticed that it was being shown one night on Turner Classic Movies, I recorded it and finally got to see it again.
After all these years, and a lifetime later, I still found myself laughing, and on the edge of my seat, as Harold Lloyd dangled from the hands of a clock at the top of a skyscraper, and teetered and clung to a wobbly scaffold, high above the streets of a city.  It was so nerve-wracking and funny, it was almost a relief when the film finally ended.
I looked again at the Turner Classic Movie store for the film on DVD.  I would still like to buy it, but while some of his other films (“Safety Last” and “The Freshman”) are available, “Harold Lloyd’s World of Comedy,” which is a compilation of some of his best bits, is not.  At least now, I have the recording of it that I took when it was shown on TV.