Shearing at the Goats 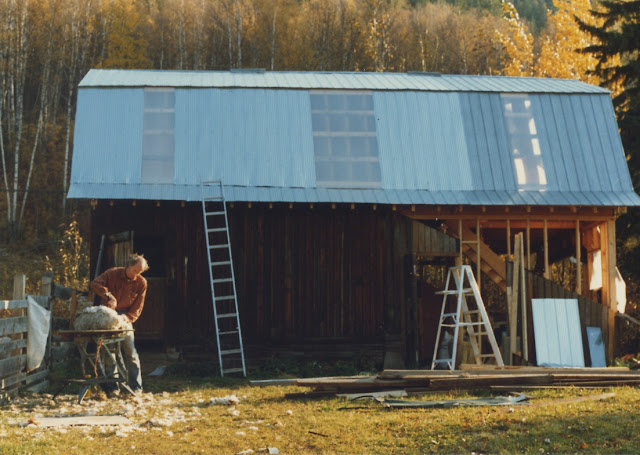 I mentioned before that one of the reasons I chose to raise Angora goats was that, unlike most livestock that have to be killed for you to profit from them, Angoras, like sheep are raised for their coats--Mohair.  Because it was for the mohair that they were bred through the centuries, the animals have evolved to the point where their coats grow extremely quickly.  Because heir coats grow so fast, the animals are usually shorn twice a year.

Shearing an animal was something I had to teach myself, since I had no experience with doing it and there was no one around to show me how.  I bought some hand shears which are pointed scissor-like contraptions with the two blades joined at the end rather than in the middle like scissors.

Shearing was, for me, a laborious task.  I would lift a goat onto my WorkMate portable workbench, then start carefully snipping away at the goat’s coat.  The goat was generally patient for a while, but after about 40 minutes, or until I accidentally nicked it with the shears, it began to squirm around.

The longer it took for me to do the shearing, the more antsy the goat became, sometimes to the point of jumping off of the WorkMate in an effort to escape.  (Photo below shows a close up of hand shearing while my wife holds the goat by the horns.  You can see the hand shears on the left side)

It often took me two hours to shear a goat, quite a bit slower than professional shearers who can do the job in a few minutes.  I later bought myself an electric shears, which made the job a bit quicker, but it also was more apt to cut the goat, so I had to be really careful.

I eventually made a wooden “holder” that attached to the WorkMate, that allowed me to strap the goat’s neck, holding the goat in place while I did the shearing. 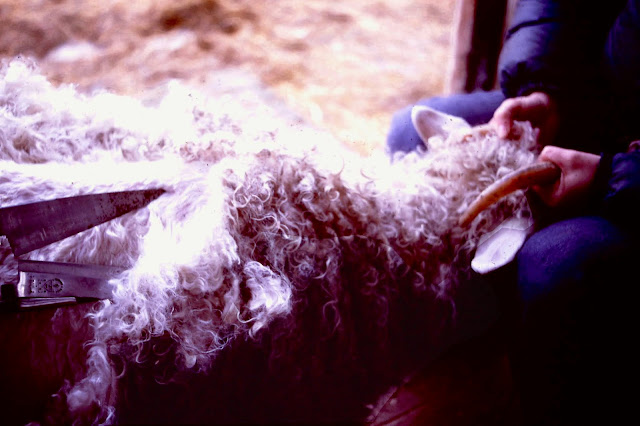 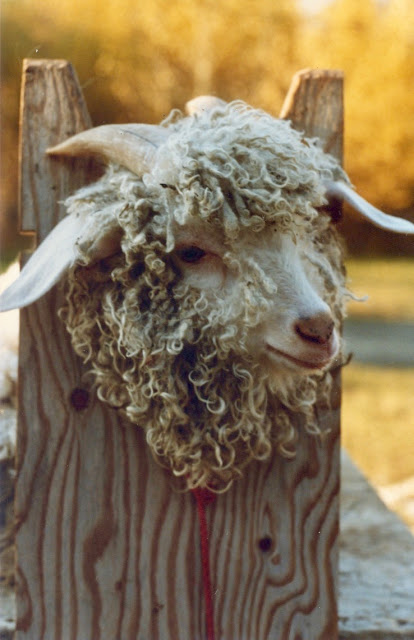 You can view my paintings at:  davidmarchant2.ca
Posted by Life in BC's Robson Valley at 09:16