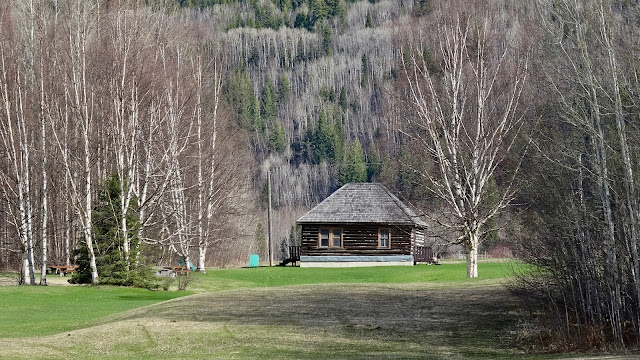 Several months ago, I got a phone call from Texas.  It was someone named Mike.  He knew me, saying that he and his wife lived in a bus during my year of teaching in Avola, BC.  I had absolutely no recollection of who he was at all.  He explained that he had deserted from the US Army and had escaped to Canada.  He told me that I had told him that President Carter had pardoned those deserters, and as a result he and his wife were able to return to the States and live a regular life.

This was obviously pretty important news to him and it changed their lives.  I remembered none of it.

My year of teaching in a two room school in Avola was one of the most miserable years of my life, and I resigned after that year to seek greener pastures.  I was unemployed and had no foreseeable prospects, but we had a lot of money saved, so we decided to look around for a place where we wanted to live, and hope that employment would follow.

We spent a lot our search looking around the Robson Valley.  One day we saw the old log house above, situated beside the Fraser River, with nice views of both the Rocky Mountains and the Cariboo Mountains.  It was not lived in, and I wondered to the real estate agent if that property was a possibility.

He said it was owned by an 80 year old couple and he would find out.  It turned out that they didn’t want to sell, which kind of dashed my dreams.

This story, like the first, had totally disappeared from my memory.  The log house and property is now Koeneman Regional Park, and we drive by it every day, and often walk our dog there.  It seems like I would have remembered that at one time I was hot to buy it, but I didn’t.  I only recovered this fact because I was going through a 1979 diary that tells about it.

Memory is fascinating.  I always mistakenly assume that my memory is really good, and that I will remember things, but I don’t.  Long term memory is supposed to be more firmly established than short term memory, but obviously, even that is full of holes.

I am glad that I took the time to write 30 years of journals about the things that happened during those long ago days.  A lot of those memories are still buried there in my brain, but just covered up with other things.  Reading through them now does bring some of those long buried memories back to the surface.

Take a look at my paintings at:  davidmarchant2.ca