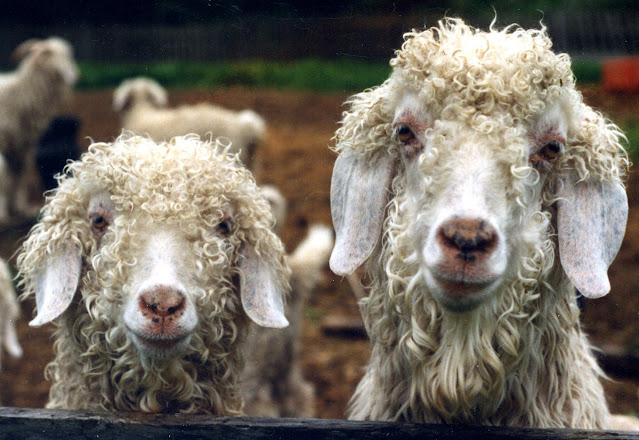 Way back in the late 1980’s, after we had well settled in to the “Hobby Farm” we had bought in the Robson Valley, I decided I wanted to raise some kind of animals.  We had a barn, fences, and pasture so it seemed logical to give farming a try.  I knew I always got too attached to animals, and I didn’t want to raise anything that I would have to kill, so after some research I decide that I wanted to raise Angora goats.

Unlike most goats that are raised for milk and meat, Angora’s are more like sheep and are raised for their “wool” which is called Mohair.  It is warmer than wool and takes dye better.  The fiber is fine, white,  and wavy.  It is what was used for Santa Claus beards, Shirley Temple’s wig, expensive suits, and sweaters.

I did some checking and discovered that there was someone a couple of hours away that raised Angora goats.  I gave him a call and soon found myself driving back to McBride with a puzzled Angora buck and doe in the back of our Scout.

Getting the goats was exciting change for us.  I enjoyed going out every morning to to the barn so I could let the two goats into the pasture.  We would spend a lot of time just standing by the fence watching them wander around the pasture munching grass.

Below is a photo of our first goats:  Wotan, our buck and Brunhilde, our doe, sharing a bowl of oats. 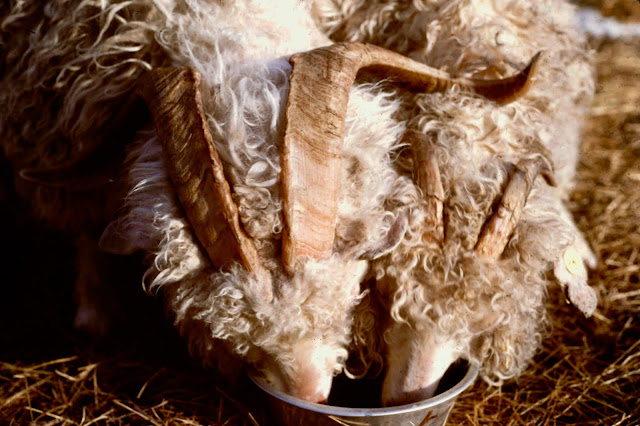 Take a look at my paintings:  davidmarchant2.ca
Posted by Life in BC's Robson Valley at 11:24