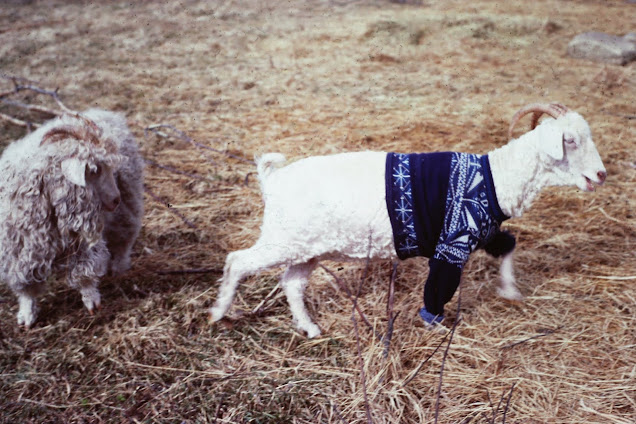 Because Angora goats were supposed to be shorn twice a year, we ran into problems because of the shortened seasons in the North where we live.  The Spring was often unpredictable and cold, and in the Fall there was the same problem with Winter on the horizon.

We did come up with a solution.  We went to some local second hand stores and bought some sweaters that we could put on the goats after they had been shorn.  This gave the goats some warmth until their mohair began to grow back.

Here are some photos.  The unshorn goats seem a bit confused seeing their companions prancing around in their new finery. 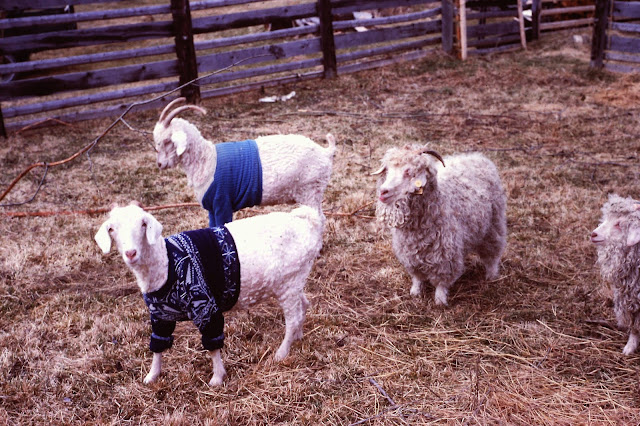 You can view my paintings:  davidmarchant2.ca
Posted by Life in BC's Robson Valley at 10:43