The Ancient Forest: Looking Up 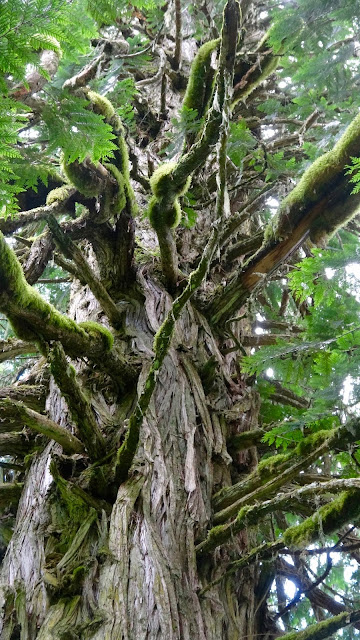 When you enter into the Ancient Forest, you spend most of your time looking at the massive trunks at the base of the Western Red Cedar, but there are also wonders to be had looking upward.  The giants are gnarled and often broken from the traumas they have experienced over their thousand year existence.  One thing that surprised me was the severe taper of the trees.  While their base is very wide, their trunks quickly taper into a point.
In this ecosystem Cedar is the climax species.  At the very beginning of this forest, there were probably a lot of Spruce, and Balsam Fir growing along with the Cedar, but over hundreds of years, those founding trees eventually died, but before they did they all spread their seeds, however it was only the young Cedar that could tolerate the very low light of the forest canopy, and eventually they, (along with Hemlock, which is also very shade tolerant) were left and able to grow on the dark forest floor and took over.
The lack of light is a very limiting factor in the growth of the forest.  When the canopy closes, the opportunity for young tree growth diminishes tremendously.  Small cedar trees may start, but will often just sit there for decades waiting for enough light to grow.  When a nearby tree finally dies and falls over an opening of light is created in the canopy, and the small tree can finally start to grow.
In one of my first visits to this area before it was a provincial park, I was struck by the clumps of moss growing on the branches of some of the trees.  The only other time I had seen such a thing was in the jungles of Costa Rica.  I ended up doing a painting of the Cedar, which I called, “Pillar of the Earth” which can be seen by clicking “Cedar” at the top of my website. 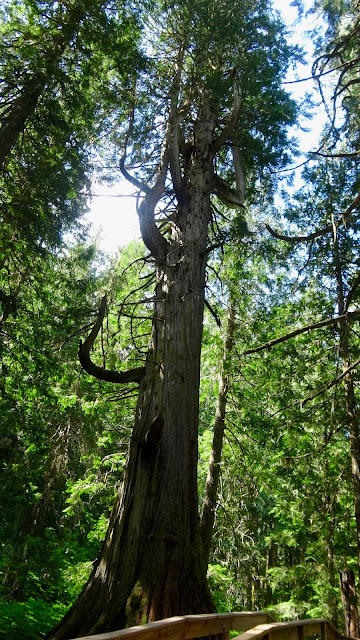 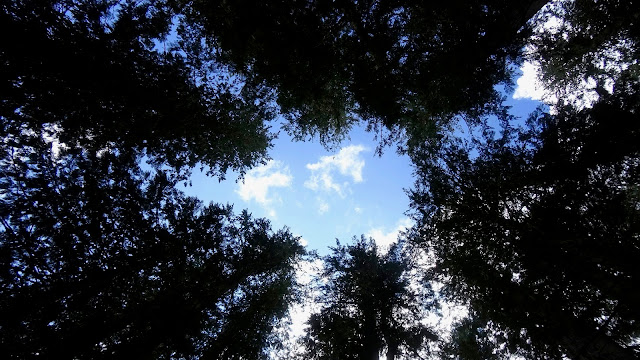 You can see my painting at:  davidmarchant.ca