Art Day at the Ancient Forest 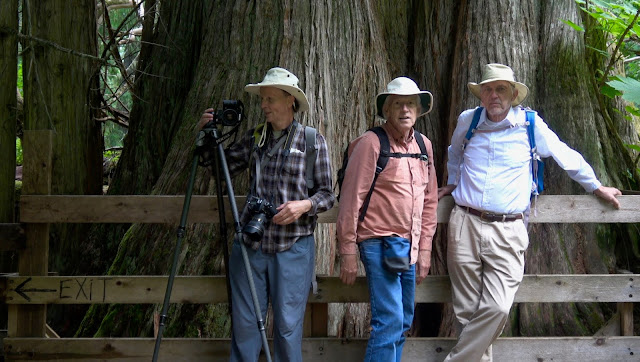 Matthew, photographer and artist, was ready to have some fun after finishing a long 17 hour day of baling his hay before the rain came, and he sent me an email proposing that we have an “art” day at the Ancient Forest along with Jim, another very creative friend.  The Ancient Forest, which is about an hour west of McBride, is now a provincial park.
It is an example of the rare Inland Rainforest ecosystem which features enormous Western Red Cedar, many of which are thought to be between one and two thousand years old.  It is always an inspiration to walk among those magnificent old trees, so I happily accepted the proposal.
We made the trip on Monday, and I honestly can’t remember the last time I had been on an  “out with the guys” fun excursion which was not some kind of “work” day.    We certainly didn’t break any speed records hiking the trails in the park with all of the stops we had to make for picture taking.
Matthew, who is a real photo perfectionist, was particularly slow, and Jim and I ended up doubling back on the trail a few times when he failed to show up after we had made stops to wait for him.  He said he had to wait for the light to get right whenever he found a suitable subject for a photo.
It is so primeval and timeless wandering amongst the giant cedar, ferns, and Devil’s Club.  I couldn’t help but notice the many new boardwalks that have been built to protect the roots of the enormous trees, since I was last in the Ancient Forest.  There is also a large new parking area.  It is gratifying to see how many tourist now stop to experience the forest that they used to just drive by.
I ended up with 138 new photos, some of which I plan share on the blog, but don’t worry, I will restrain myself and not bore you with all of them. 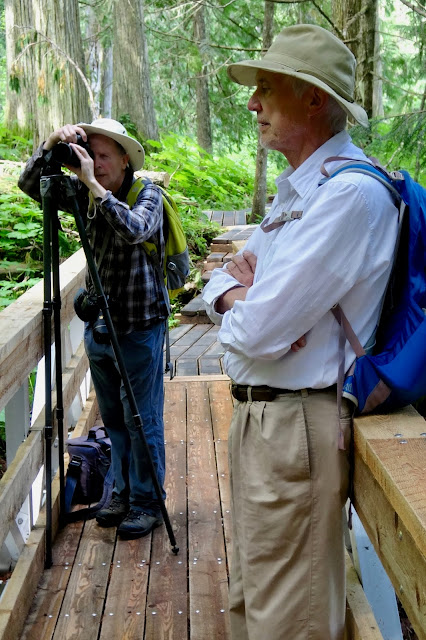