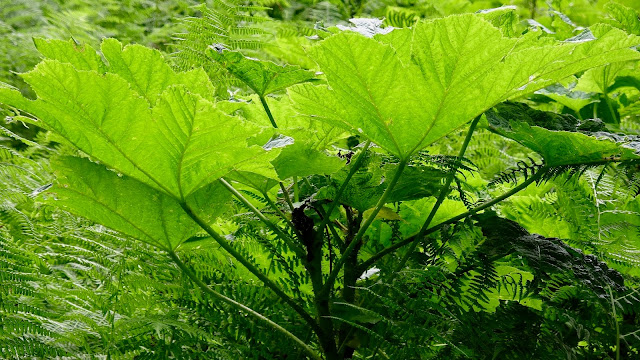 One of the most common plants (and nastiest) growing in the Ancient Forest is Devil’s Club (Oplopanax horridus).  The Oplopanax in the scientific name comes from the Greek word hoplon which means “weapon’” and you can probably figure out what the other part of it’s scientific name means.   The stalk, stems, and the underside of leaves, are covered with very thin prickly spines.  Brush up against it and they get you, and once in your skin, they often fester.  It’s not a friendly plant.
It is attractive though.  Because it grows in dense dark places, it has large broad leaves that spread out flat so they can catch what little light filters down from beneath the big cedars.  Devil’s Club produces shiny bright red berries, which had not yet turned red when we visited the park.
Despite all its negative traits, it was widely used by the native people in the BC Interior for medicine.  The plant was used for everything from stomach ulcers, tuberculosis, syphilis, arthritis, to cough syrup.  It was also thought to have extremely strong magical powers that could be passed on to individuals.
Devil’s Club is very prominent and is spread throughout the Ancient Forest.  Here are some more photos of the plant. 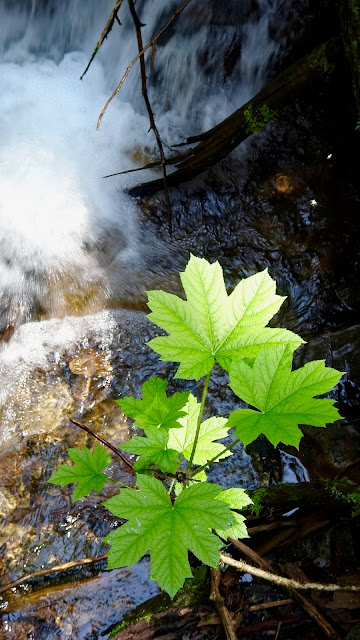 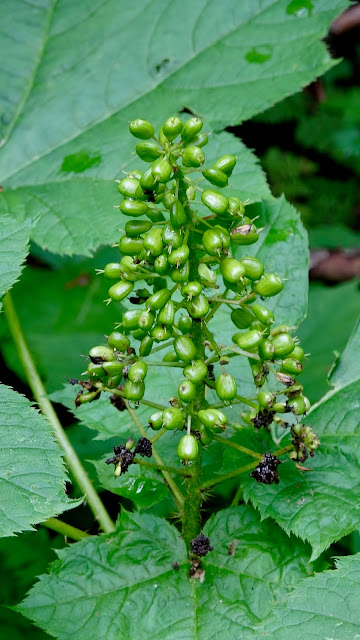 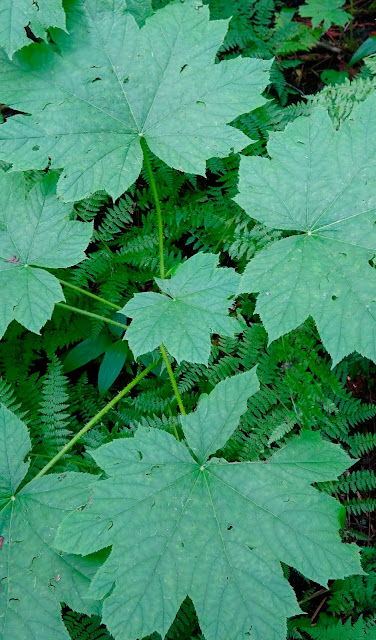