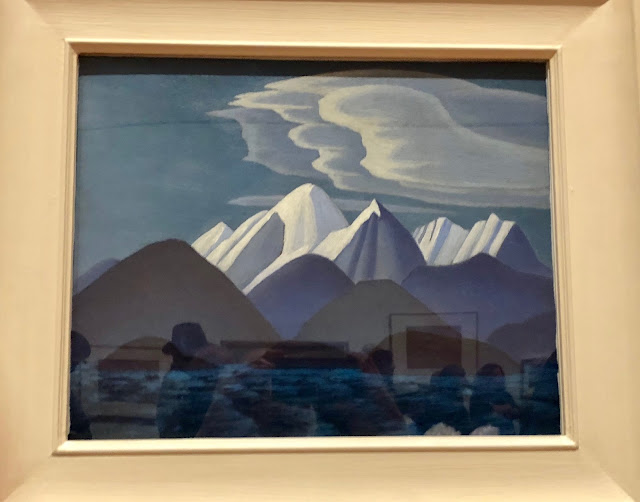 Lawren Harris, who lived from the early 1900‘s into the 1960‘s, is one of Canada’s most treasured painters.  While relatively unknown outside of Canada, his works have recently become better known thanks to Steve Martin, comedian and author, who has championed Harris’s paintings in shows in the US.  Harris is mostly known for his paintings of smooth mountains in dullish colors (excuse the reflections of people at the bottom of the painting in the photo above).
At any rate, Harris’s paintings are important in Canada, and so it was a big deal when the Two Rivers Gallery in Prince George landed a show of his works.  It was doubly important to people in the Robson Valley because the gallery created a mountain theme to the show, and included works by local painter, Trevor Jones, and sculptural clay pieces created by Lyuba Milne.
Because of our friendship with both Trevor and Lyuba, Joan and I went up to see the exhibition in Prince George and listen to the talk given by Ian Thom, Senior curator from the Vancouver Art Gallery about Lawren Harris.  It was an interesting evening of art, hearing about Harris, and enjoying the company of the Milnes and Norma Stromberg-Jones, Trevor’s wife, while doing so.
Below is a shot of Ian Thom discussing a Harris painting, and Lyuba Milne standing beside of two of her clay pieces, with a Trevor Jones painting in the background. 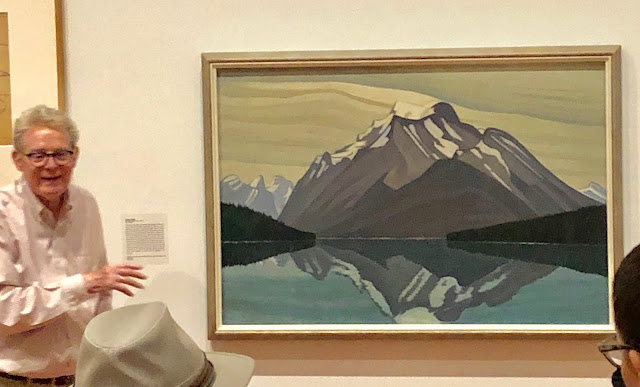 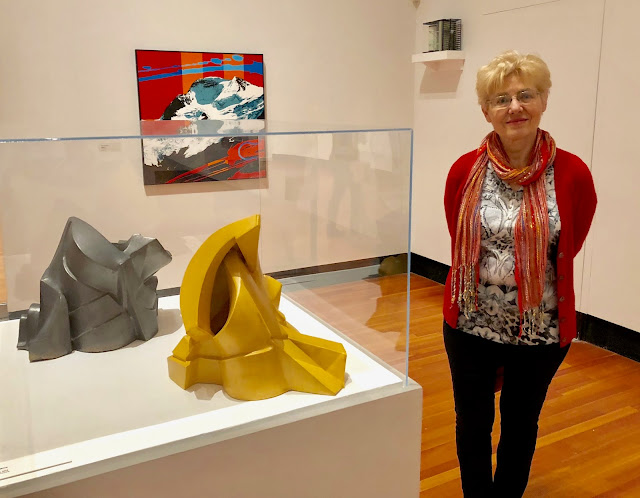