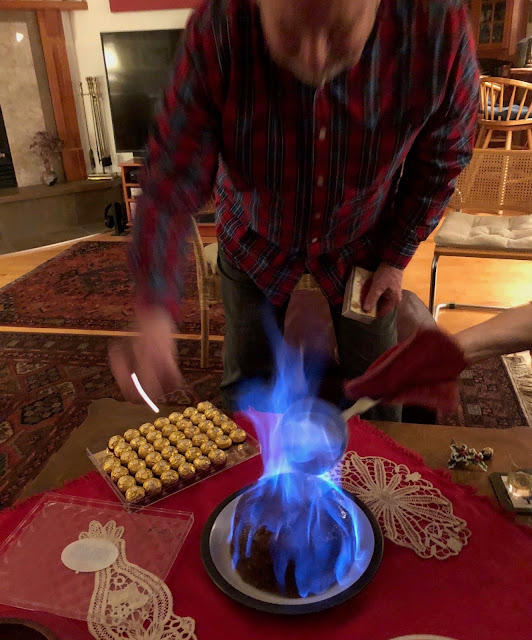 While thousands of people were dazzled by the amazing New Year fireworks displays in cities around the world, our group of friends gathered at Milnes for our own pyroclastic display, featuring David lighting his annual Christmas pudding.   This year’s flambe’ was the best yet.  (Dave had learned the trick of heating the liquor before lighting it.)
I must confess that this year’s gathering didn’t quite make it to the new year, as most of us aging partiers had gotten used to our earlier bedtimes and were beginning to fade before the clock struck twelve.  The gathering was also plagued by sickness that kept three of the normal attendees recuperating at home, but those that attended were treated with a beautiful table of tasty food, lively conversations, and of course, Dave’s Christmas pudding.
Happy New Year !


Check out my paintings at:  davidmarchant.ca
Posted by Life in BC's Robson Valley at 10:51