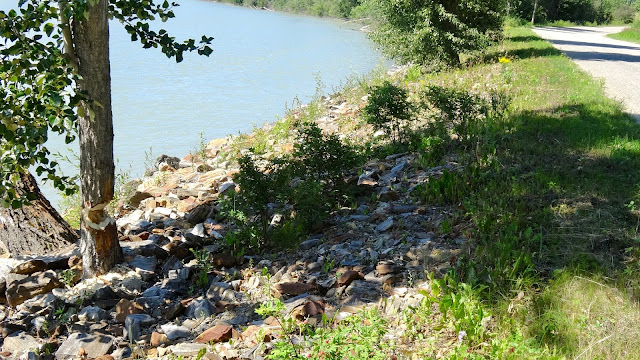 The other day while driving down the road I noticed that there was a cottonwood tree in the area between the Fraser River and the road that had been more than halfway chewed through by a beaver.  It seemed to me that this could cause a potential accident if the tree fell across the road as someone was driving by, so I called highway maintenance to report the hazard.  They said they would send someone out to take a look and if the situation looked bad, they would get a faller to cut the tree.
Later in the day when we again drove past the area I noticed that the tree had fallen and was laying in the Fraser.  I also noticed that highways had come out and painted an orange “X” on the road so that a faller could see where he was supposed to cut down the tree, but it appeared that the wind had done the work for him.
Last night as I was driving home from our jam session, I saw a beaver swimming down the Fraser with a branch of the tree in its mouth, so in the end, it all worked out well for everyone but the tree. 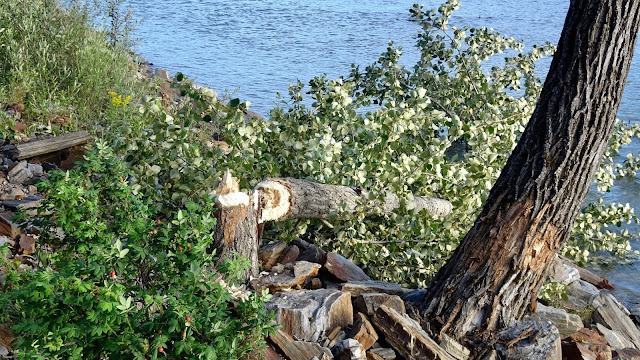