Cartoons, Not as Funny as Reality 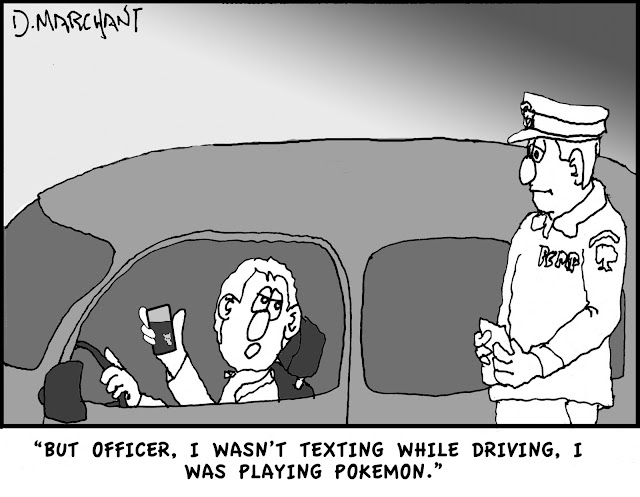 When I do a cartoon, I try to think of something relevant to the times, and then try to dream up a situation and exaggerate it to the point where I think it is funny.  A few weeks ago I drew the cartoon above, thinking about texting and driving (which I think is absurd enough) then stretching it so the guy is not texting, but playing Pokemon Go.  This I thought was so far fetched it would be humorous.
I guess I underestimated humankind and the things they will do, because I just learned that there was an incident where a man was playing Pokemon while driving, but instead of being stopped by the police, he actually smashed into a police car.
One can only shake his head.
This happened on July 19, 2016 in New Jersey.  You can Google it if you need to know more.