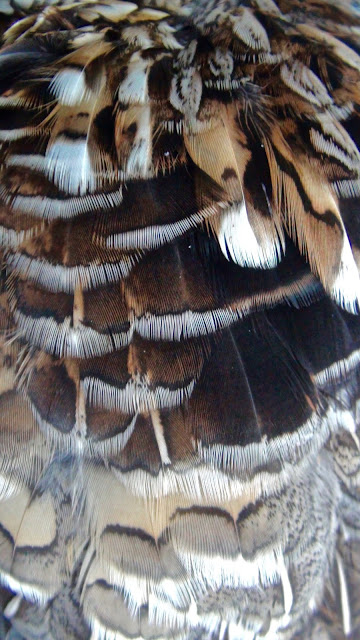 The other day at dusk, I was sitting at the computer and Joan was in the living room when there was a loud thud that got our attention.  It took a while to determine just where the sound came from, but on our front porch Joan found the still body of a Spruce Grouse, a chicken-like bird that lives in the bush.  It had flown hard against our kitchen window at great speed and had broken its neck.
I picked it up hoping it was just stunned, but it was dead.  As I held the soft warm body in my hand,  I noticed the beautifully intricate design of its feathers, and before I took the corpse out to the end of the pond, hoping it would feed some wildlife, I took some photos. 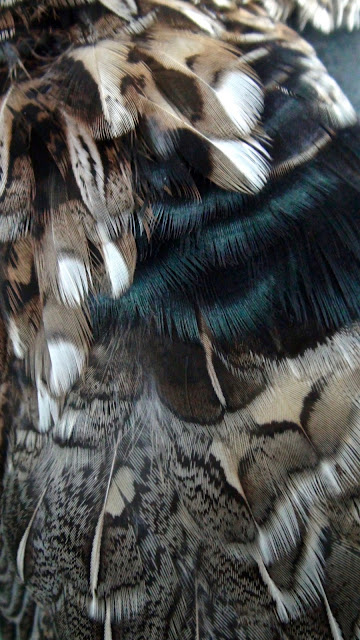 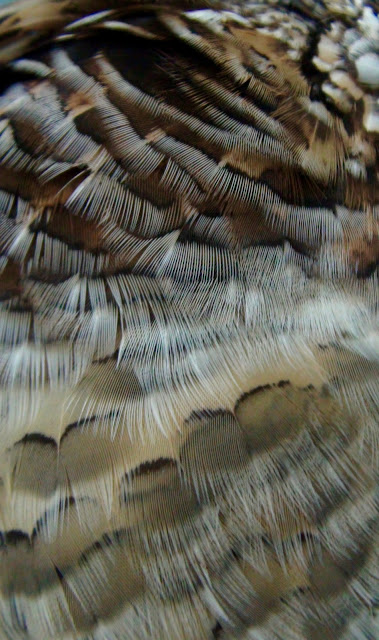 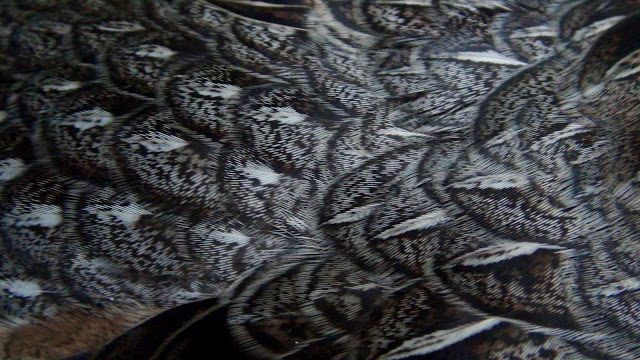