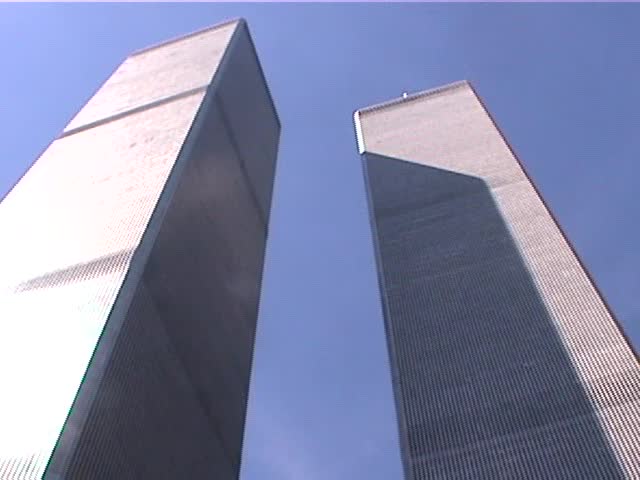 Everyone remembers where they were 15 years ago, when they first heard what was going on in what is now called “9-11”   Here is what I wrote in my diary on that day:

Sept. 11/01 Tues. (A day to remember)
When the clock radio went off this morning at 7:00, the first thing we heard was that an airplane had crashed into the World Trade Center in NYC.  This was personally interesting since we had visited and been to the top of the World Trade Center almost exactly 6 months ago, in March.  Then we heard a 2nd plane had rammed the other tower.  We turned on the TV and ate our breakfast, by then the Pentagon was hit by a plane.
I had to force myself to leave the TV reports to go to work, while all this was happening, but did.  I listened to my pocket radio as I pedaled my bike to the office.  I had my earplugs on listening to the CBC as it reported the disaster.   I was on the highway at the area between the McBride frontage roads when they reported that the first tower had collapsed.   I couldn’t help but utter, “Aww, no,” out loud.
I was then in shell shock for the rest of the day.  Listening to the radio at work as one event after another unfolded; the 2nd tower collapsed, and another hijacked plane crashed in Pennsylvania.  The news was full of other reports of other suspect aircraft flying around.  Planes from all over the world were being forced to make emergency landings in Canada.  I got very little work done.
Everyone else at our forestry office was stunned too.  In the afternoon the District Manager had the whole staff gather in the foyer of the office and in a big circle we had a moment silence for the disaster that was unwinding  in the US.   Construction workers continued to build our new space in the Forestry Office which added to the chaos of the day.
Spent the night watching TV reports about the Twin Tower Attack.

You can take a look at my paintings:  www.davidmarchant.ca