In Memory of George 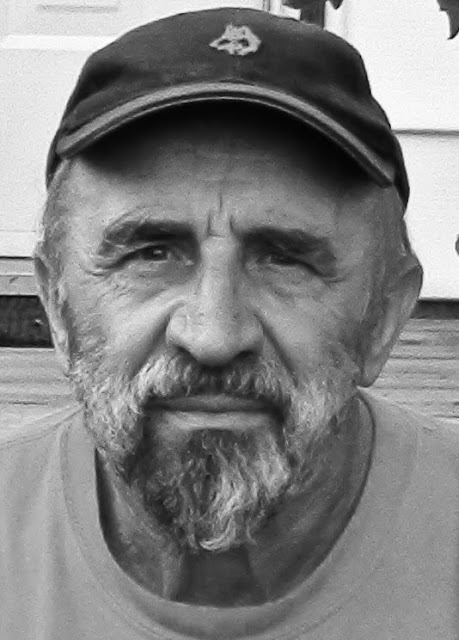 The Robson Valley has more than it’s quota of unique characters.  We lost one last week when George Kovarik succumbed to cancer.  I have mentioned Nadia Kovarik’s book, “Bear in the Window” several times recently, and George (Nadia’s husband) naturally plays a prominent part in the story.  After escaping from Communist Czechoslovakia, they were accepted as refugees by Canada and slowly made their way to the mountains of BC that they loved.
George always pictured himself as a woodsman in the mountains and qualified himself with that label by singularly building a log home when they lived in the Kootenays.   I first met George back when I worked at the BC Forest Service.  Upon moving to the valley, he came in to look at maps.  Although an acquaintance, I didn’t get to know him better until later when I started helping Nadia with the book.   By then he was having memory problems, but was alway friendly and joking around despite his terminal condition.
George loved to be out among people, and I am sure his overly friendly style caught many off guard.  He was always coming up to me in gatherings and saying, “Its a great social happening.”  He and Nadia’s love of dancing meant they were always the last ones to leave the dance floor when things began to wind down.
George had his quirks.  He could always be seen driving or on his bicycle wearing white cloth work gloves, despite the hot temperatures.  I could count on him asking or saying the same thing in a mock serious manner:  “How is it you know so much?”  or  “It was great to see you and I really mean it this time.”
Below are some photos of George doing what he loved, building the log house.  In the snow shot, he is digging the logs out of the snow.  He had to figure out ways of moving and maneuvering the logs into place all by himself. 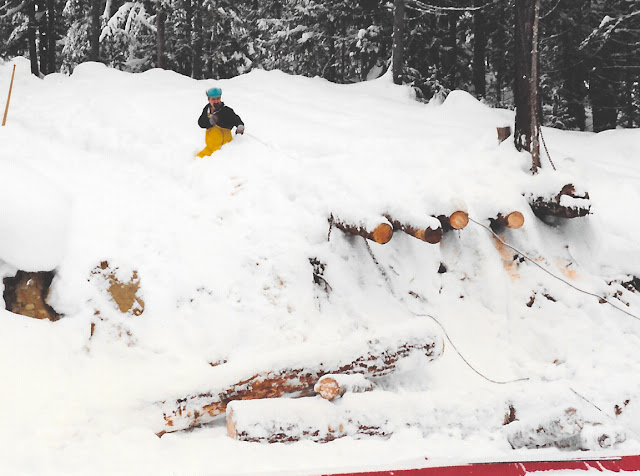 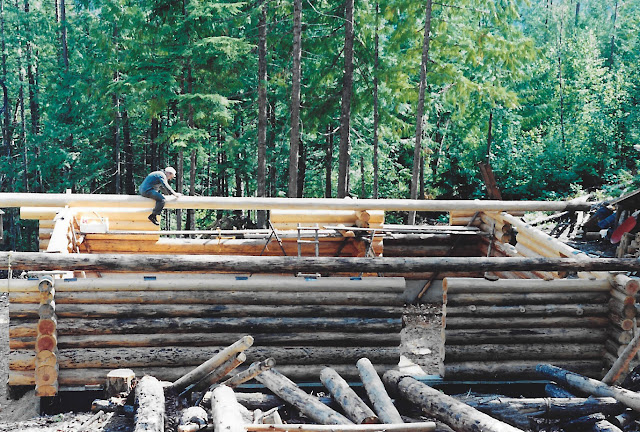