"Bear in the Window" Book Launch 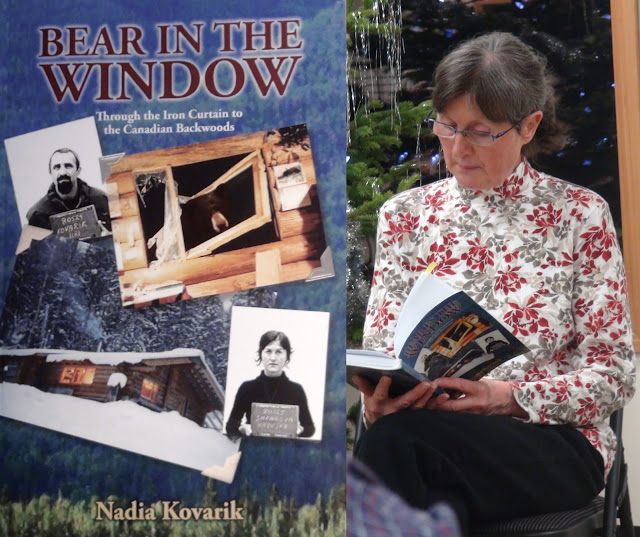 Last night about 50 of McBride’s literati turned out for the official launch of Nadia Kovarik’s book, “Bear in the Window”.   The evening went very well as the audience was entertained by Nadia’s readings of humorous sections from the text, after which snacks and treats were provided during the mingle and eat part of the evening.  Nadia sold and signed copies of the book which seemed to be disappearing rapidly.
As mentioned in an earlier blog, the book follows Nadia and George as they escape from Communist Czechoslovakia, becoming refugees in a camp in Italy, then after being accepted by Canada, they live in various small towns, always searching for that perfect spot in the mountains, where they could build their lives and make a home amongst the wildlife and wilderness.  It is light hearted and humorous and documents their various adventures.
People who don’t live in the Robson Valley can obtain the book on Amazon:

Below is a link.


You can see my paintings at:  www.davidmarchant.ca
Posted by Life in BC's Robson Valley at 10:08