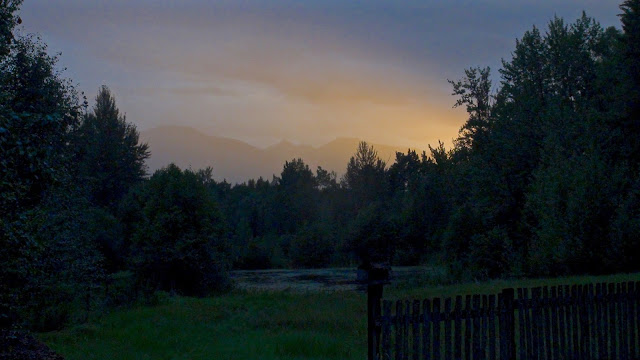 BC’s Robson Valley, which is part of the Rocky Mountain Trench along the Alberta/BC border, runs  in a NW/SE configuration.  Because of this orientation, during the long days of summer, the sun sets low at the NW end of the valley, rather than ducking down behind the mountains.
Often during showery weather the sideways sunlight creates wonderful effects as the sun sets, illuminating the rain with color and lightly veiling the mountains.  This happened a couple of nights ago, and here are a couple of photos of the effect. 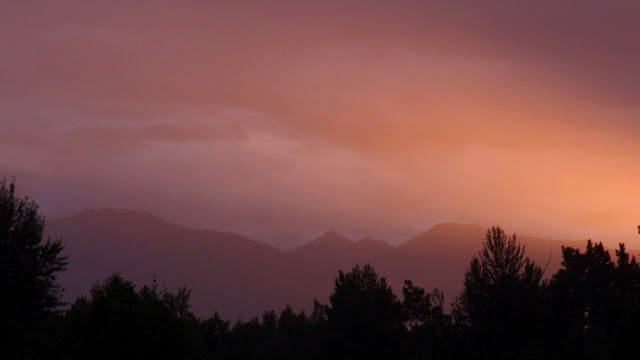