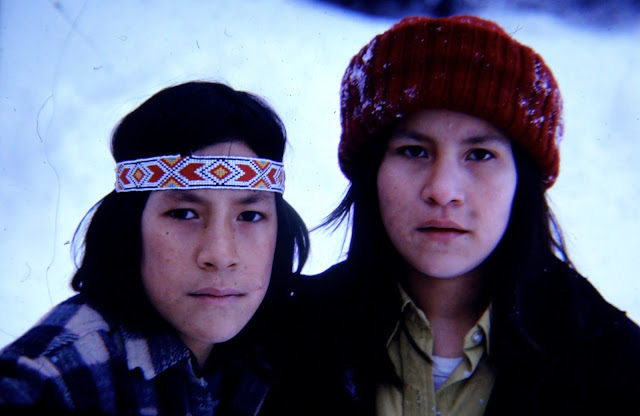 Today is the Summer Solstice marking the first day of summer.  It is the day of the longest period of sunlight all year in the Northern Hemisphere, and in Canada, it is also National Aboriginal Day, a day in which we are to be cognizant of the original inhabitants of the land we live in and give them the recognition that they deserve.
The Canadian National Anthem begins with the line,
“Oh Canada, our home and native land.”
A long time ago I heard a comedian joke,
“Oh Canada, our home is Native Land.”  and ever since then, whenever I hear our anthem I can’t help but think of the truthfulness of that comedian’s lyric.
Although Canadian history toward its original people was not quite as blatantly brutal as that of the United States, it too was horrendous.  We have just recently received the report of a council set up to study Indian Residential Schools.
For decades the Canadian government forcibly removed young Native children from the arms of their parents and shipped them hundreds of miles away to residential schools run by the Catholic Church and other religions.   There here they were beaten if they spoke the only language they knew, they were forced to eat food they were unfamiliar with, and often times sexually brutalized.  The whole purpose of the setup was to strip them of their language and culture and it worked.  The report called it “cultural genocide” and that is what it was.
These children grew up not knowing who they were and found themselves alienated both from the dominant European Culture and their own Native Culture and families.  As you might expect the result has been devastating to most of them.  Growing up without their families or respect, they didn’t have the background to successfully raise families of their own, and the cycle of degradation continued with each generation.
At least now the history of what happened in Canada is out there, and hopefully it will lead to more tolerance and understanding by Canadian citizens and their government.