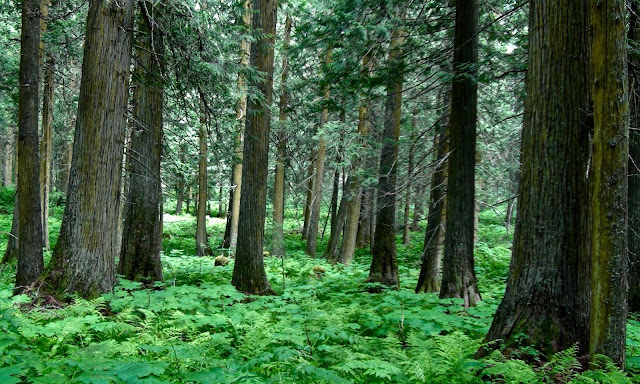 When you hear the word “rainforest” most people immediately think about the jungles in the tropics.  This is as it should be since that is where most of the Earth’s rainforests occur.  But there are rainforests that occur outside of the tropics, they are called ‘temperate rainforests” because they experience winter and summer seasons.  Most of these are found on the coast, where moist weather from the oceans are forced to drop most of its water when they encounter coastal mountains.
Coastal temperate rainforests are found on the west coast of North America and in Chile, Argentina, New Zealand, and Tasmania.  There is one other type of rainforest that is very rare, it is called the “inland rainforest.”   It is a temperate rainforest but instead of being found close to the ocean, it is found within a landmass.  More than 98% of temperate rainforests are coastal, only 2% can be found inland.  Worldwide, of all rainforests, inland temperate rainforests make up only a tiny 0.3%.
Fortunately for me, some of these temperate inland rainforests are found in the Robson Valley in BC.  Here it is the Canadian Rockies that cause the clouds to drop their moisture, thus creating the conditions for the rainforests.  These forests are populated mostly with Western Red Cedar and Hemlock trees.  Their thick canopies block much of the sunlight, so the ground is covered with shade tolerant plants like ferns, mosses, and a nasty prickly plant called “Devil’s Club.”
Yesterday, I went on a hike on the Lower Goat River Trail which meanders through the rainforest.  It was my first hike of the season, and the 11 km (6.8 miles), took me to the limits of what my old legs could handle.  Here are some photos.  The plant you see with the ferns is called “Skunk Cabbage” because of its odor and it only grows in very wet areas. 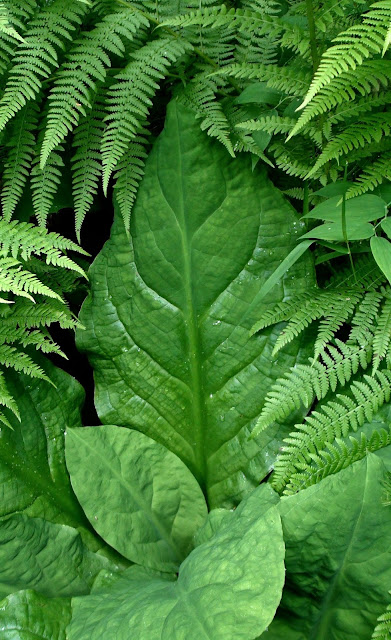 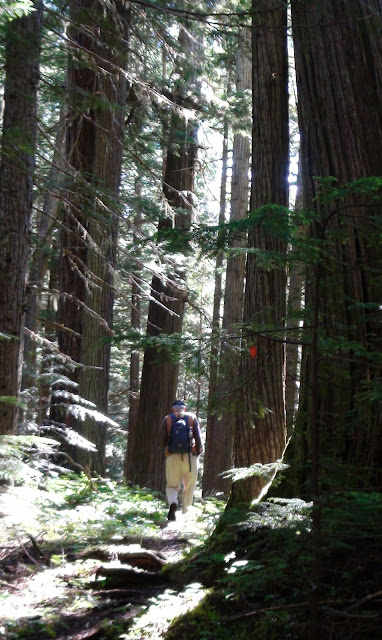