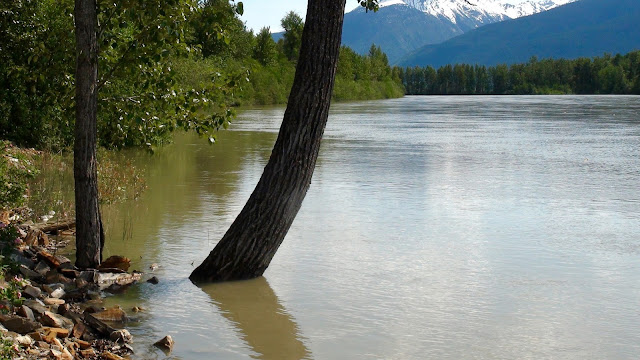 The news is full of flooding disasters, especially in Texas, fortunately the rising waters of the Fraser River here in the Robson Valley, is pretty much just the result of our normal spring run-off.  As the temperatures warm, the snow that had built up all winter on the mountaintops begins to melt and the rivers begin to be overloaded with water.  In the fall, the area shown in the photo above would instead show you a beach.
This scene is along Mountainview Rd, which we pass on our way to McBride.  We watch the water level on those two trees so we can gauge if its going up or down.  In past years Joan would watch the river rising, wishing it would get a bit higher and cover the road, giving her an excuse not to have to go to work.  It sometimes got fairly close, but never got so high as to block the road all the while we have been living here.
Another curious thing I always notice is the sudden appearance of water in the pasture shown below.  It is situated beside the Fraser, and as the river rises, pools begin to form in the middle of the pasture, I guess its because the water table, that usually empties into the river, can no longer do so. 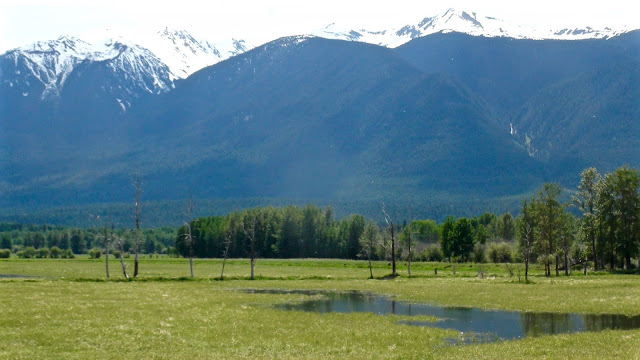