But What is it Carrying? 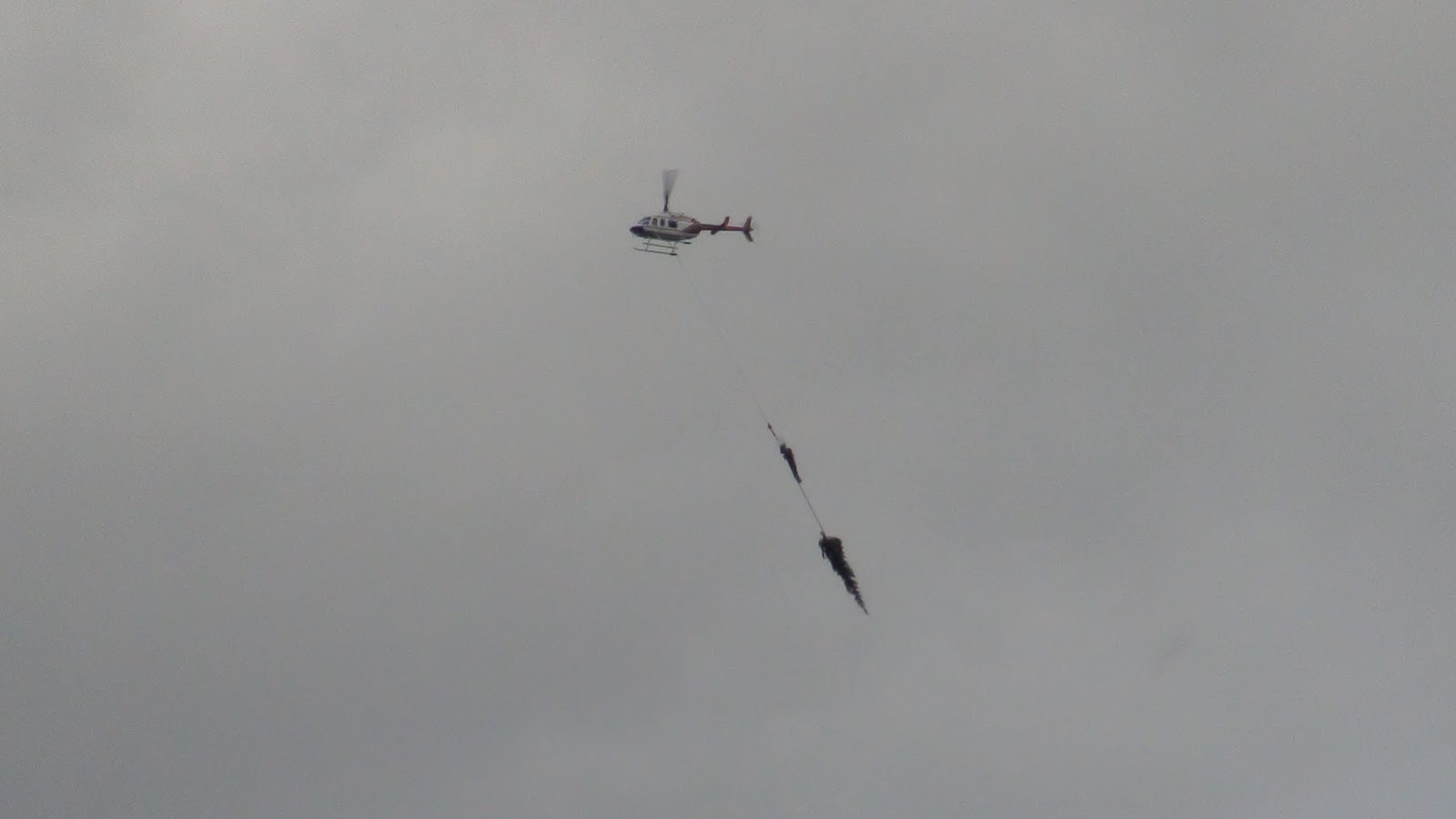 The other day we were outside when we heard the “chop, chop, chop” of a helicopter from over the mountain.  We are always curious about helicopters flying around so we waited until it cleared the peak so we could see it.  Then we got even more curious.
We could see that it was long-lining something, but we could tell what it was.  We have watched them hauling snowmobiles, fire fighting water buckets, and slings full of supplies, but this didn’t look like any of those things.  It was too far away to tell what it was, so I ran inside to get my camera and zoomed into the helicopter and its cargo.  (Often if I take a zoom photo then enlarge it on the computer it gives me a clearer picture.)
When I downloaded the photo onto my computer and enlarged it, sure enough, I could see what the object was--a tree.  This didn’t solve my curiosity, but intensified it.   Why was the helicopter towing a tree?
I have no answers, maybe preparing for a late (or early) Christmas?  Surely a tree could be found closer and cheaper than paying big bucks/hour for a helicopter.  Tis a mystery.