Legacy of My Old Green Truck 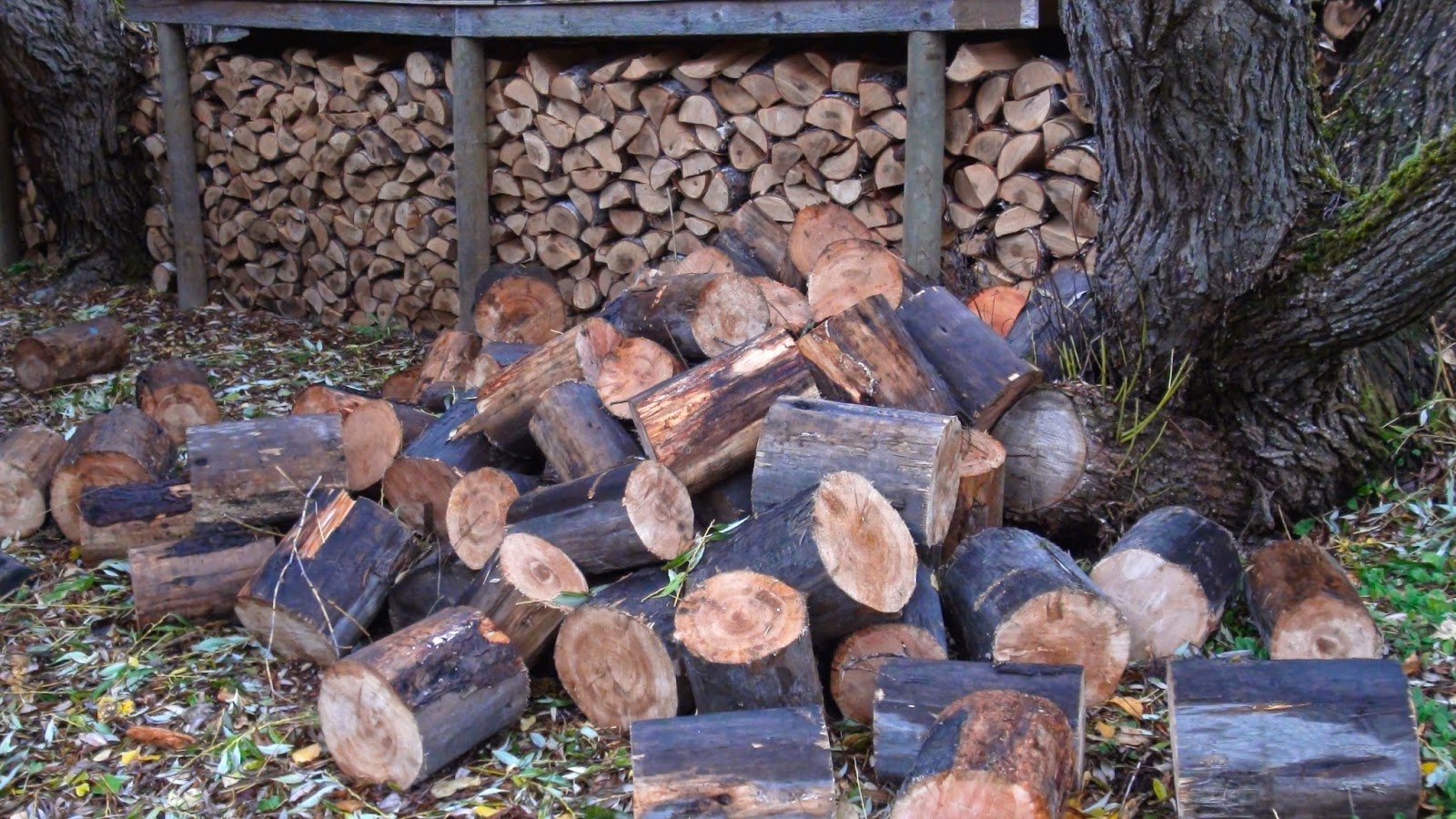 It was after dark, last night when I finally got home from my trip.  I was exhausted as a dragged myself and my backpack into the house, so I didn’t notice anything different outside.    This morning as we went out to begin our walk down the trail, Joan drew my attention toward the area where our firewood is stacked, and there sat a big pile of bucked up wood.
“Where did THAT come from?” I asked.
“Gary Moore brought it by for you,” was the reply.
For years, my old green truck sat in my pasture, rarely used and rusting away.  At one of the past Christmas Fairs where I was flogging my calendars, Gary Moore, a neighbor who lives up the road, came up to me and asked if I wanted to sell the old truck.  He evidently had been noticing it as he drove past the house, and knew I hadn’t been using it.  Joan, who didn’t like looking at it rusting away in the field, had been after me to get rid of it.  I had inquired at the junk yard, but they wanted $40 to tow it away, so I just let it sit.
When Gary made the inquiry, I made an instant decision, and I told him, “I will GIVE it to you, if you haul it away.”  Gary, who enjoys messing with engines, was overjoyed, and so was Joan when I told her.
I was surprised how quickly he got the old beast running when he came over to get it.  It was sad to see the old truck’s final drive, out of the driveway, because not only had I hauled a lot of hay and firewood with the old girl, but I had used “her” as the “model” in a couple of my paintings (“Old Green Truck” and “Patina”).
About a year after Gary got the truck, I ran into him, and asked about the truck, he told me he was pleased with the condition of the engine, and said he was going to bring me a load of firewood, inquiring, how long the pieces should be.  I told him no longer than 16 inches (40cm).
Years passed and I never saw the firewood, and figured that Gary had forgotten all about it, but it didn’t really matter since I had given him the truck for free and was happy to have it gone.
While I was visiting down in Indiana, Joan said the old green truck came down the driveway loaded with wood, and Gary got out and told Joan that this was the firewood, and put it in the pile you see.  I was deeply touched that Gary had remembered and had come through even though after all this time.  I was happy to get the wood, because you can never have too much firewood.
Below is the painting “Old Green Truck” that I did when the truck was parked out in my pasture reflecting a sunset. 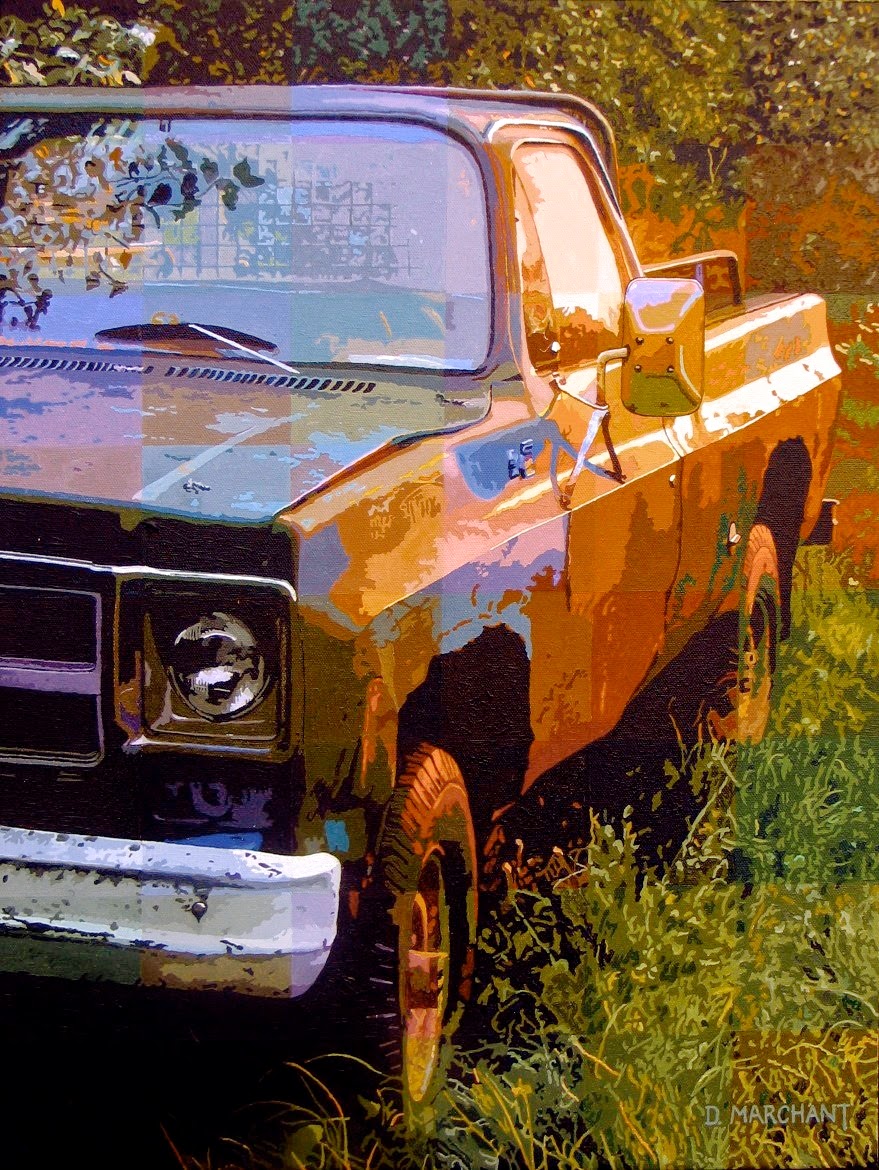 You can see my other paintings at:  www.davidmarchant.ca