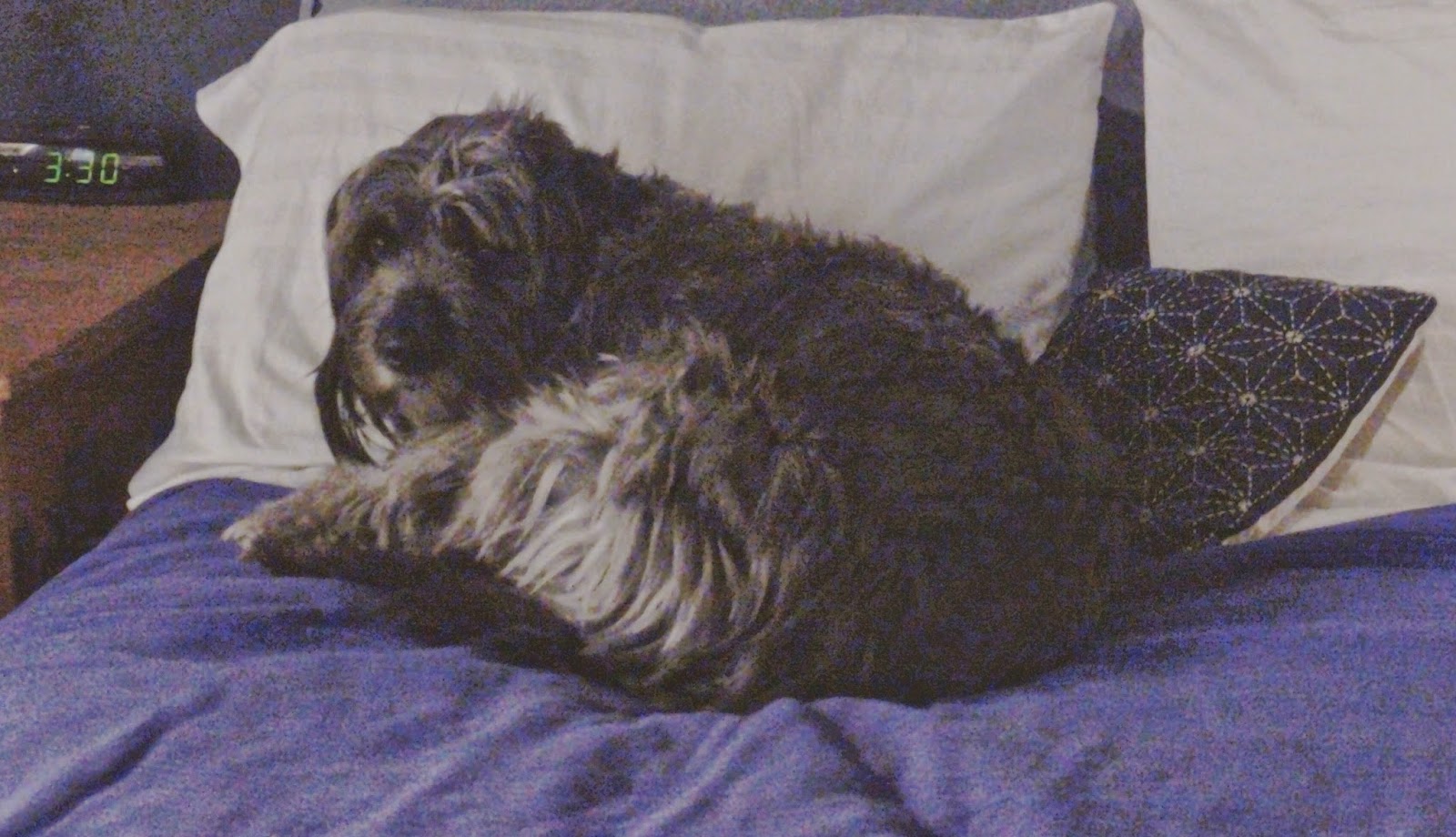 We have had our dog, Skye, for about a year now, and she is still surprising me with her behavior.  All the other dogs we have had have been male, and she is a female, so I am not sure how much of a difference that makes, but it seems to me that Skye just doesn’t act like most normal dogs.  The main difference is how she would rather be inside, in the bedroom, than to be outside exploring.
It’s difficult not to compare her with our last dog, Mac, who was a yahoo-kind of dog, always out sniffing around, and exploring, always ready for adventure.  When we took him on a walk, he was always out front, and if he got a whiff of some critter, off he would tear.  Skye likes to go on walks in a position in between Joan and I.  If she picks up a scent of another animal, she stops, plants her butt on the ground and refuses to go farther.
Even when it is not a matter of walking through the bush, Skye would rather be in the house.  Mac spent most of his days outside, even if all he was doing was laying on the front porch.  Skye will go outside when Joan and I go, but she tends not to stay very long.  Yesterday, I went out to do some work on the garden, and I encouraged Skye to join me.  The minute I turned my back, she nuzzled the door open and went back into the bedroom.  The weather was fine outside, but she only stayed outside a minute.   She would just rather be inside.
When I tried to get her to walk the trail in the afternoon, I walked on into the woods, and turned around to see where she was.  Skye had stopped, planted her butt on the lawn, refused to look at me and instead was staring off in another direction (photo below).  Despite my calling she would join me on the trail.  I was able to convince her to do the shorter walk around the pond, though.
Skye did have a traumatic life after she was abandoned, and obviously, she is still effected by those times.  She has a lot of nightmares when she sleeps, and hopefully they are diminishing, but I am still surprised at her lack of what I think are basic dog traits, like wanting to explore in a safe environment and wanting to be outside on a nice day. 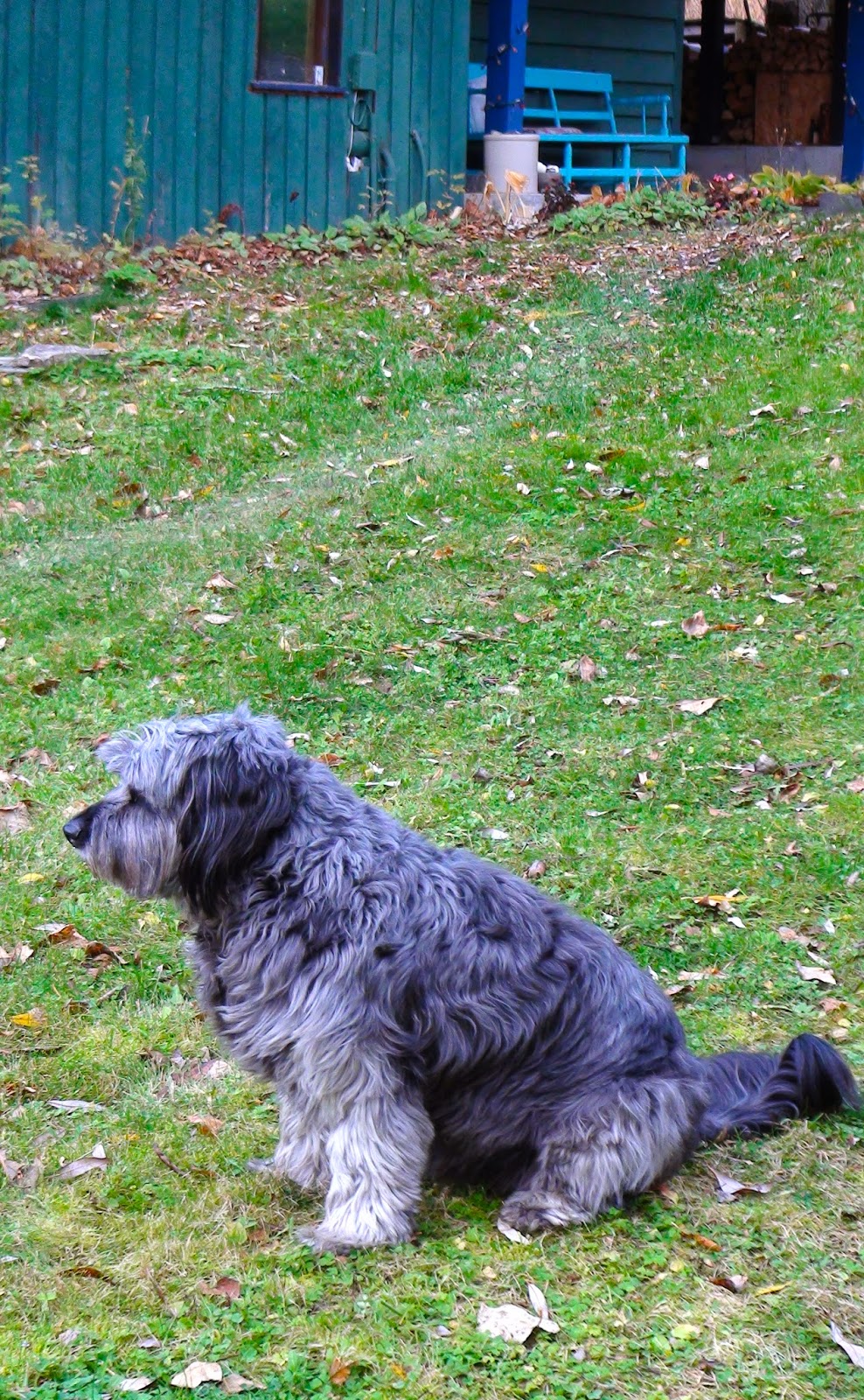