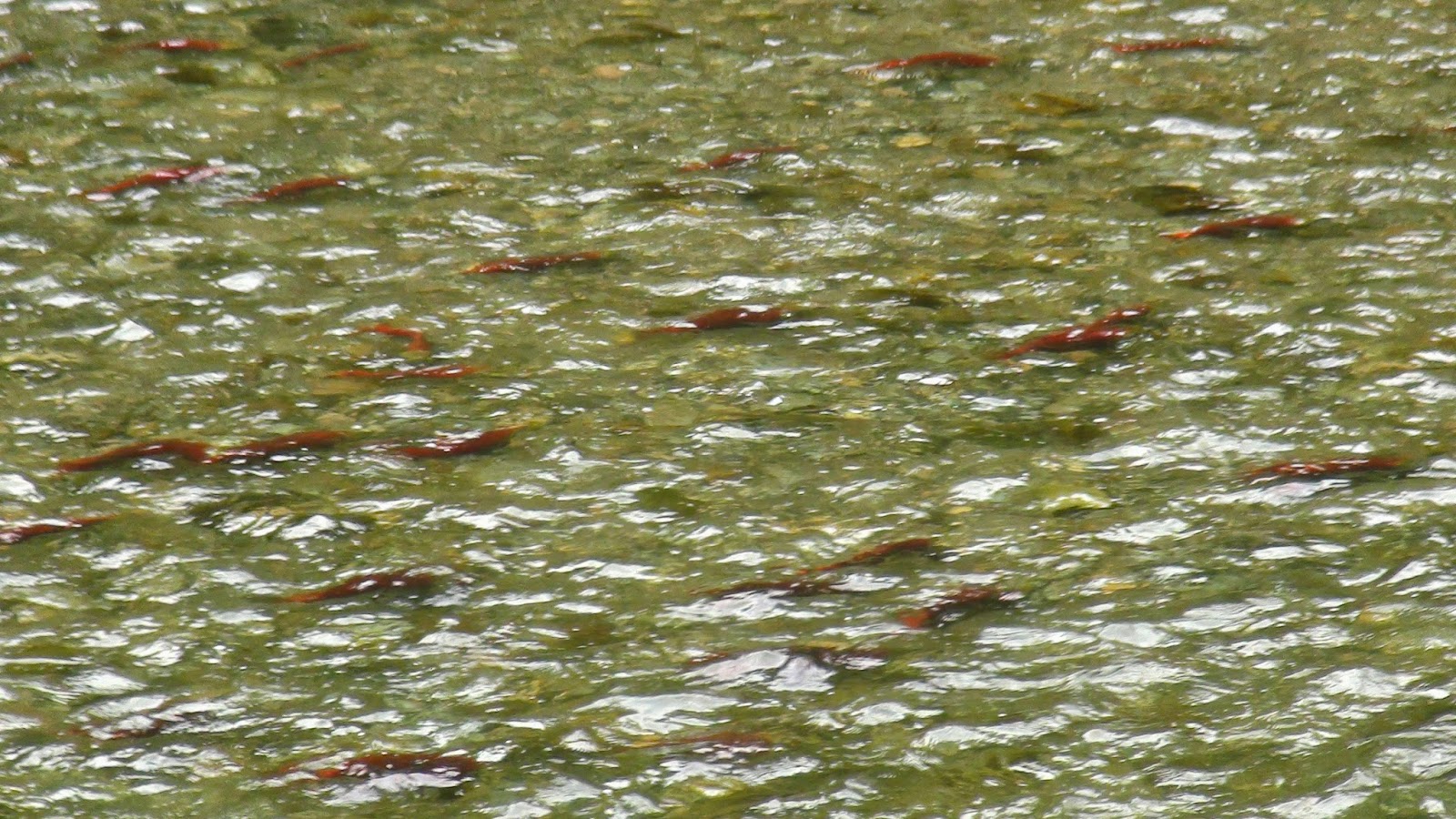 The few times I was able to make my way through the Adams River Run crowds, so that I could actually see the salmon spawning, I was struck by just how many of salmon there were dotting the river.  In our Robson Valley rivers, there aren’t nearly so many in one place and the ones we have locally are much bigger in size.  The salmon we get are Chinook salmon, and they can be about 2.5 to 3 ft. (75cm-90cm) in size, and much broader.  The salmon in the Adam’s River were Sockeye salmon.  They  were slimmer and they seemed about half the length of the Chinook.
One of the obvious characteristics of the Sockeye salmon, is that when they leave the salty ocean and begin their swim up the freshwater rivers, their color changes from a gray-blue to a bright red with a green head, and their head shape takes on a hook-like grotesque shape as they use up their reserves making their way up to the spawning grounds.  They make the whole trip without eating. 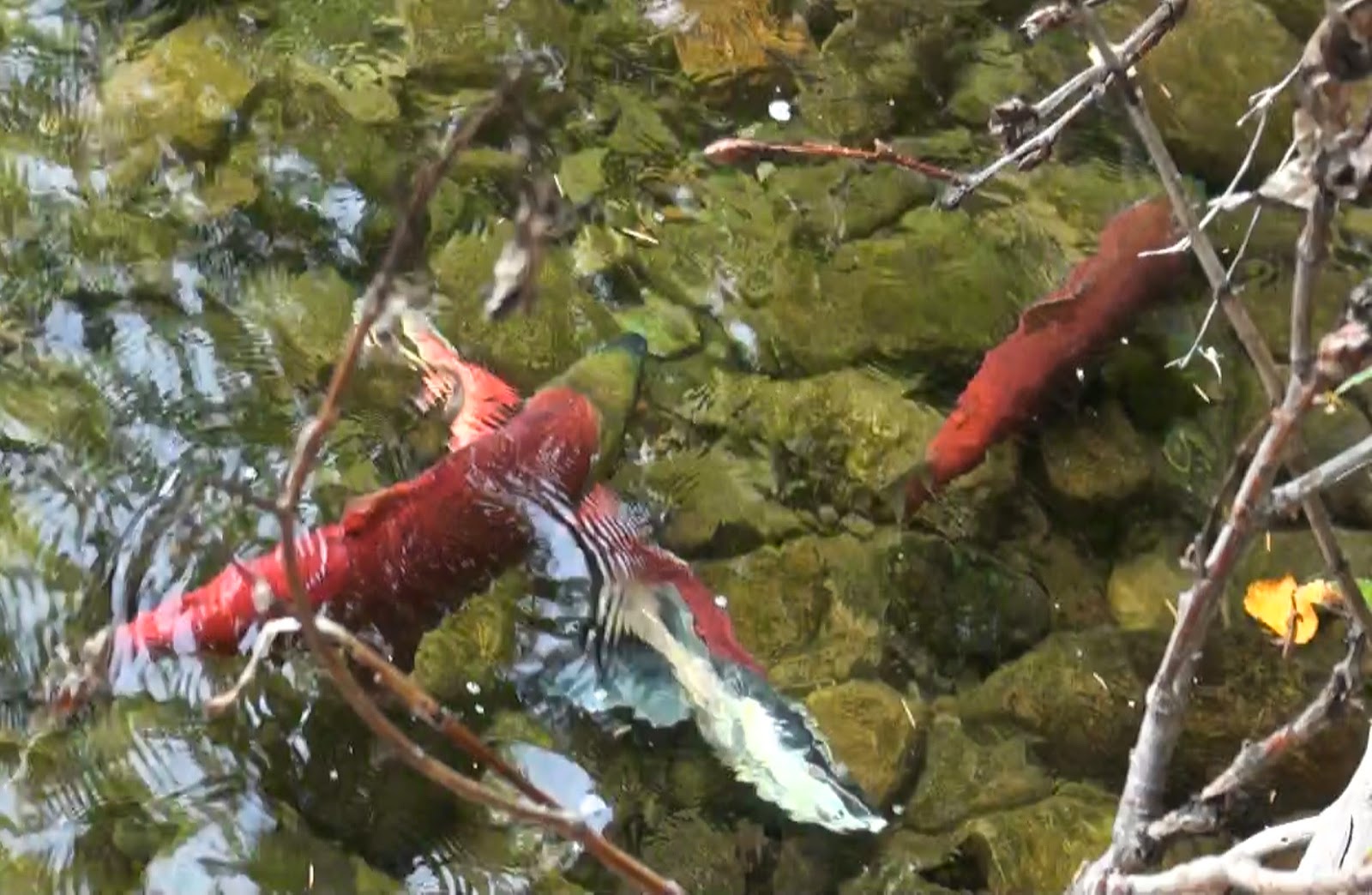 Out in the Adams River I saw a photographer in a wet suit,  laying in the river, filming the underwater drama.  From the photo you can see just how shallow the spawning grounds are. 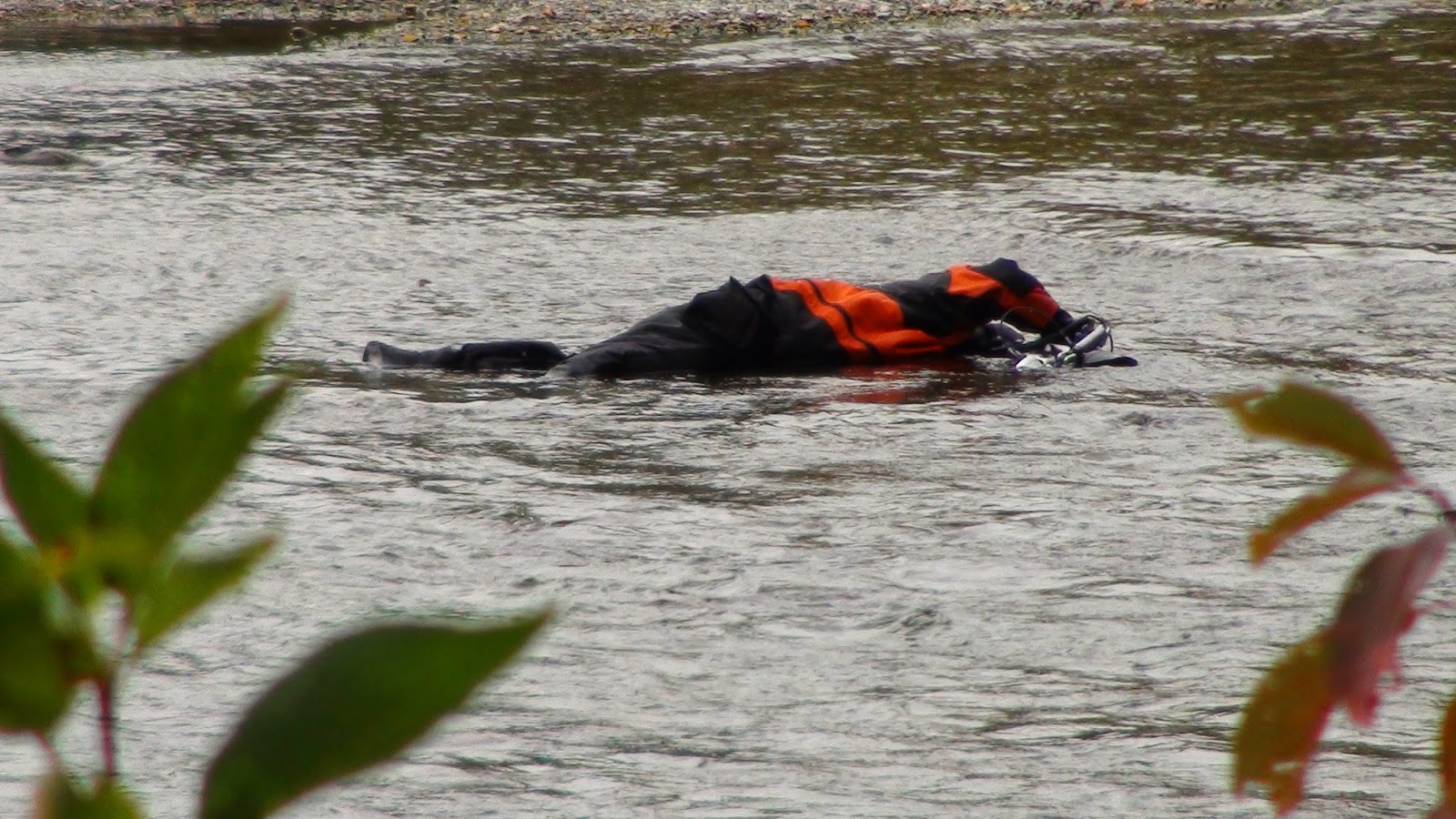 Once the salmon have given their all to laying and fertilizing their eggs, they have nothing left, and they die.  The photo on the bottom shows the corpses of two salmon.  Even thought they are dead, they are not done.  Their decaying bodies not only provide food for their young when they hatch, but also for a myriad of other creatures, bear, eagles, and hungry animals of all kind.  It was recently discovered that the salmon runs transfer a tremendous amount of nutrients from the ocean to the interior of BC.  Not only the creatures benefit, but they in turn, pass on the nutrients to the trees, thus enriching the forests.