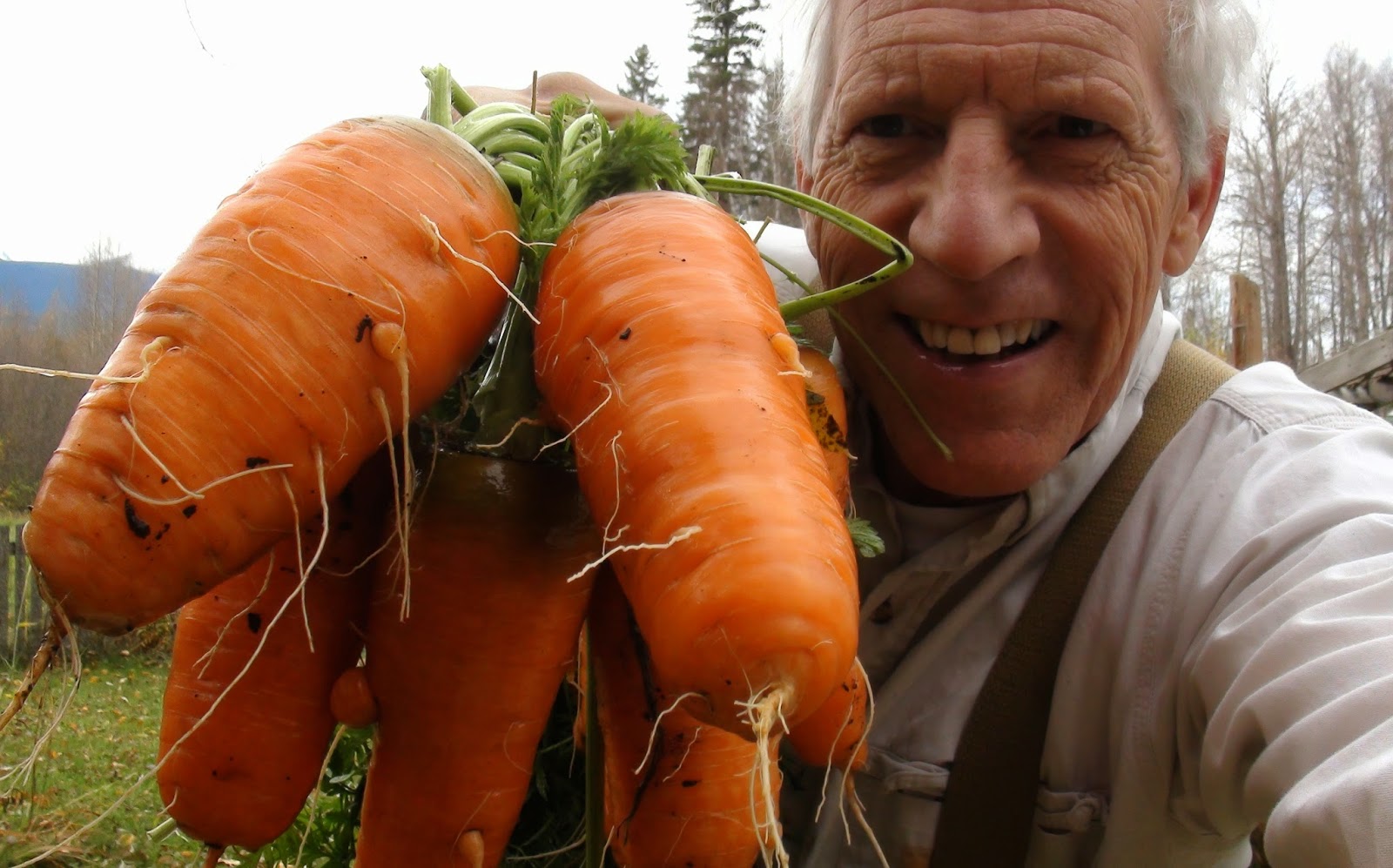 Yesterday, I dug the carrots out of the garden.  They are the last things I had to harvest.  As you can see by the photo, they did really well, the biggest carrots I have ever grown.  Now that everything is out, I am thinking about how well my garden did this year.  There were certainly some hits and some misses.
The biggest disappointments were all caused by a deer that jumped the fence and stripped several of my crops.  As a result, we got no green beans, or cabbages, and thanks to a bear we also got no apples, and it ate the only plum that was hanging on our tree.
My potato crop was a bit of a disappointment.  I grow several varieties red, brown, pinto, and fingerlings.  In past years, the reds have been terrible, and I almost gave up growing them, and the browns have been my big producers.  This year it was the opposite, my reds did really well, and many of the browns rotted in the ground and I didn’t get as many potatoes as I need.
I harvested and froze lots of peas.  Half of my corn crop didn’t produce any ears and which bummed me out to the point that I didn’t pay much attention to the other half, and picked it to late giving me very chewy “horse corn,” as Joan calls it.  I can still us it in soup.
We had a bumper strawberry crop, and we grew kale for the first time, which did really well, even though the deer ate it too, but we found we weren’t all that crazy about eating it, despite it being such a trendy food.
One of the things I was most pleased about was oregano.  We use oregano every Friday when we make pizza, and in the past, we have always bought the herb.  This year a lot of oregano came up among our strawberry plants, and even though it didn’t really smell like the stuff we bought, I dried some and tried it on the pizza, and it worked very well, so we won’t have to buy it any longer.
In the greenhouse it was a good year for both our tomatoes and chili peppers.  Joan canned lots of tomatoes and pickled peppers, which look good on the hutch we bought for the pantry (below) 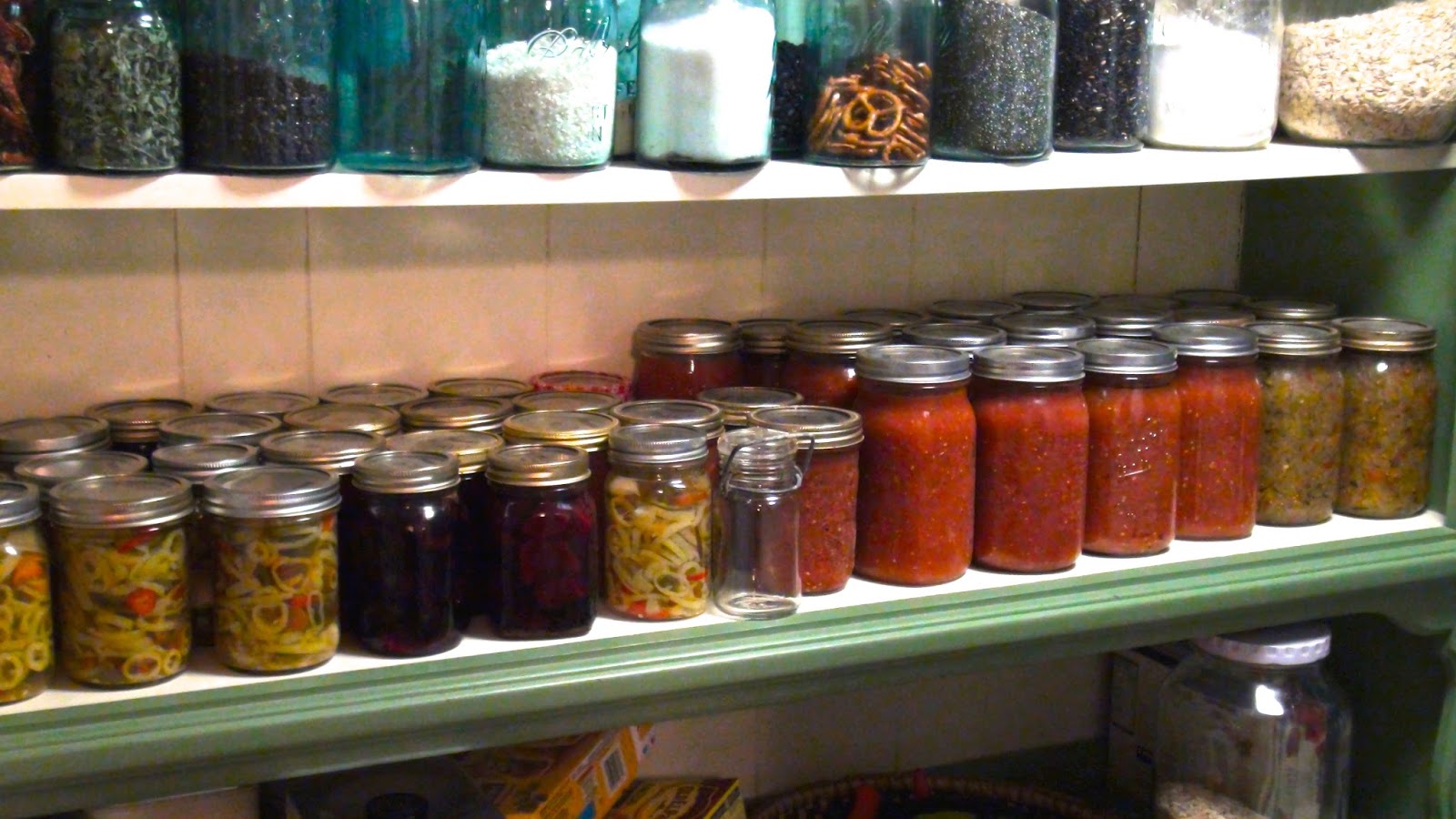 You can view my paintings at:   www.davidmarchant.ca