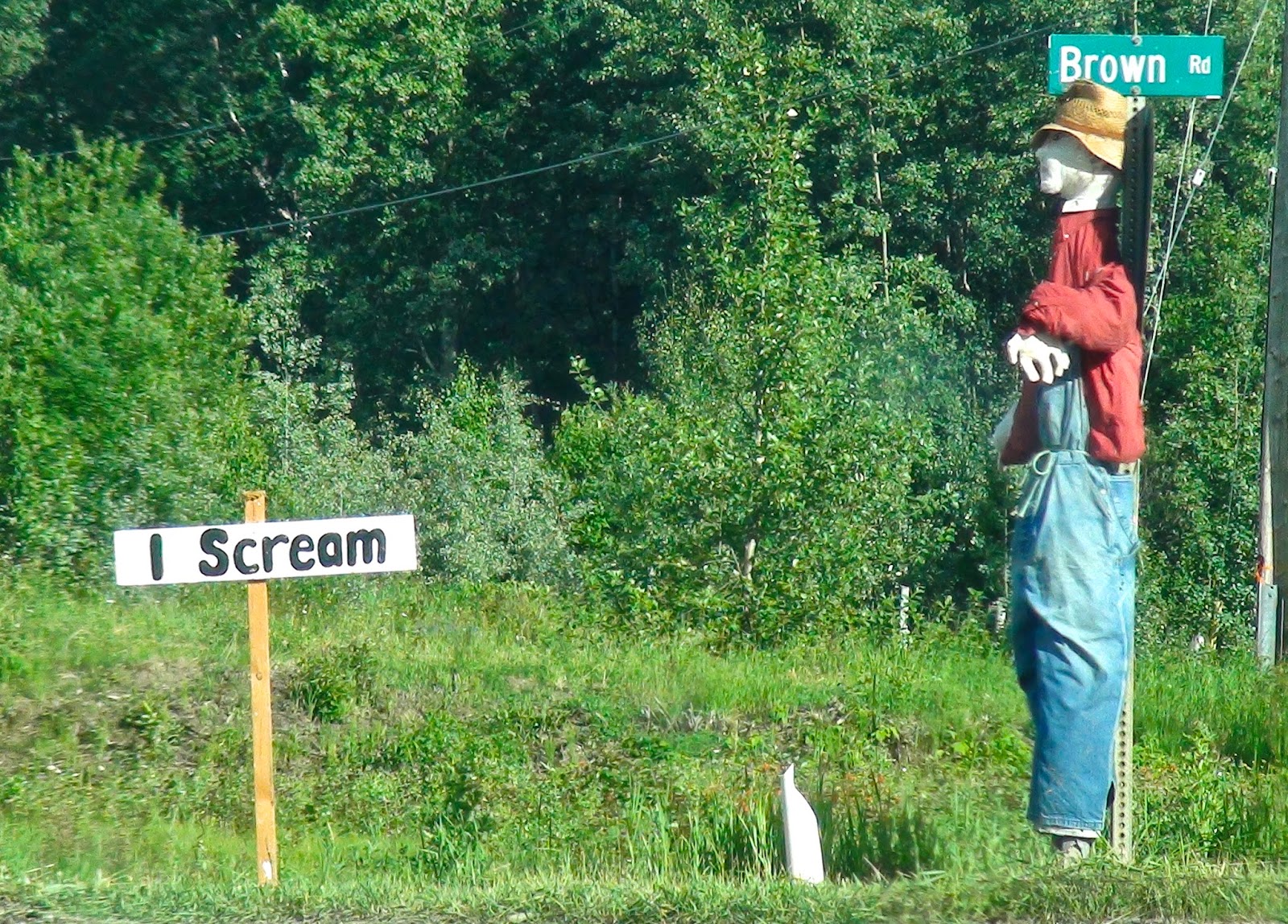 Yesterday was the annual Ice Cream Social in the small hamlet of Dunster, BC.  The Dunster Community Hall was bulging at the seams as the hoards of sugar and fat craving local residents pushed their way through the doors toward the tables ladened with pies, cakes, and of course, ice cream.  Signs along Highway 16, proclaimed that this was “Societal Sanctioned Gluttony” so the crowds indulged themselves guilt-free.
Besides all the desserts, one of the attractions of the affair is all of the dummies aligned on the highway and around the hall celebrating the event.  Again, Prince Phillip and the Queen were represented and this year baby, Prince George made his first appearance (This ‘Baby PG’ is a inside joke for locals, since Prince George, BC has a mascot, Mr. PG who looks similar). There was even a dummy  climbing the a telephone pole for a better look. 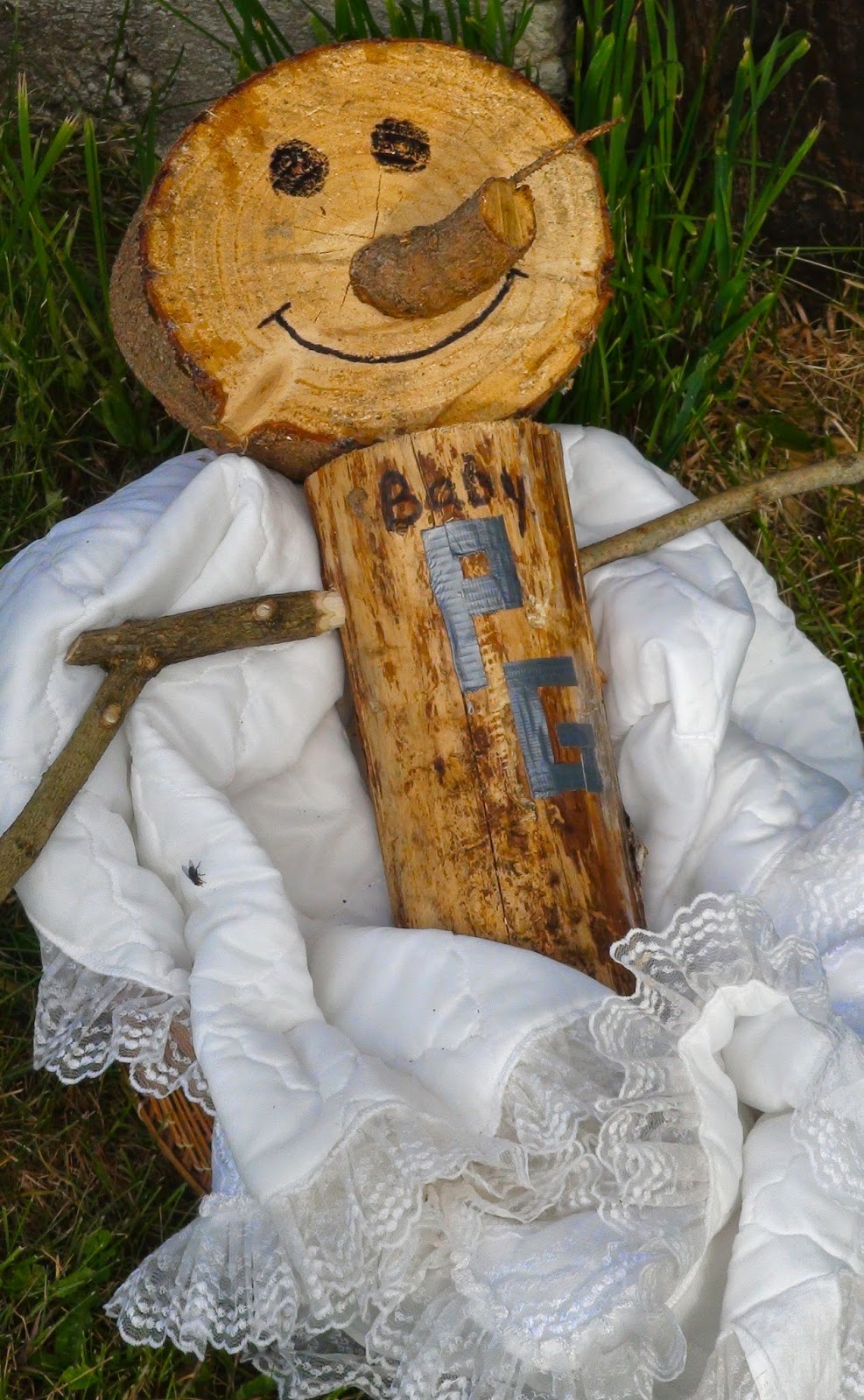 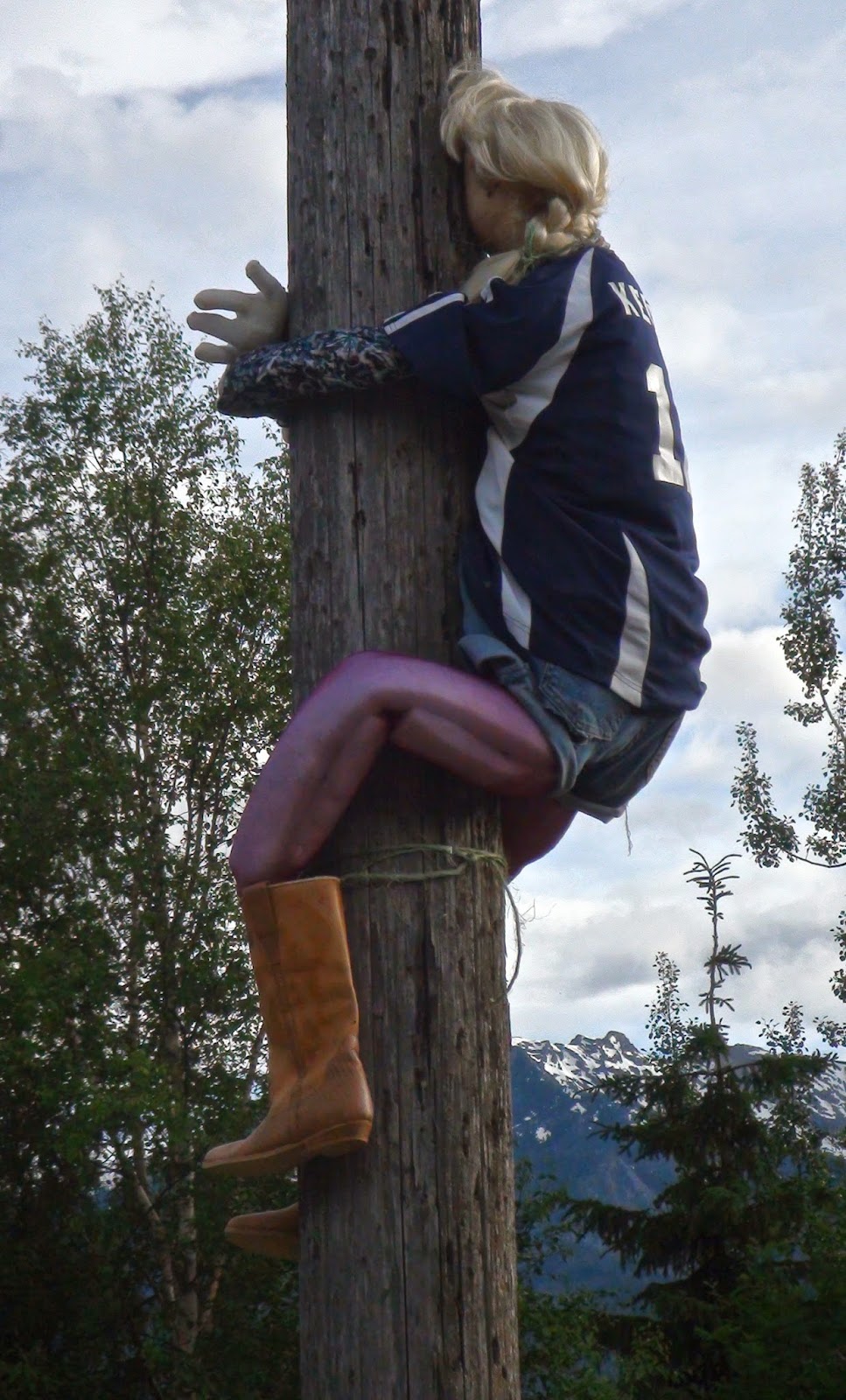