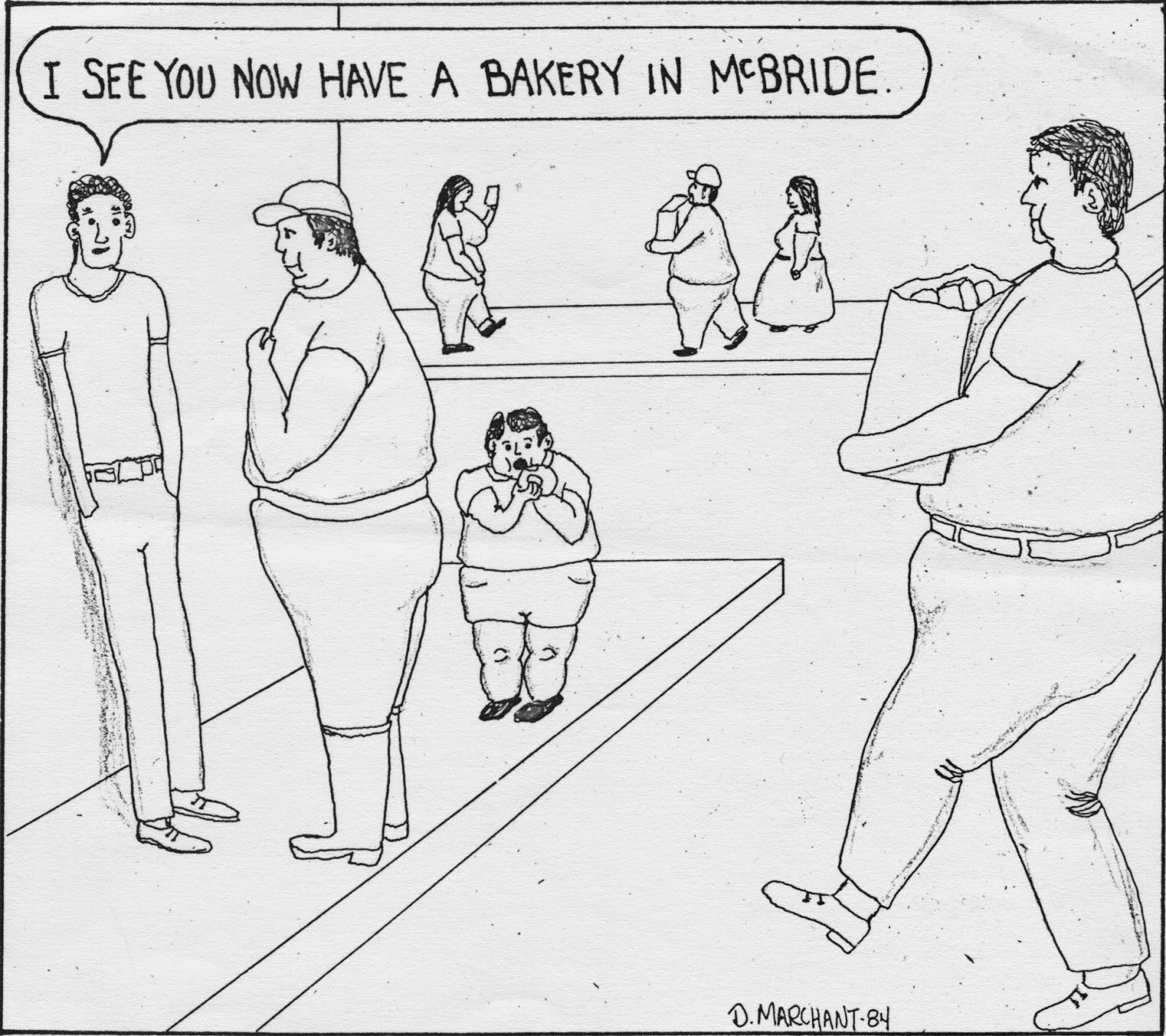 I got a call from Matthew yesterday.  It seems he is putting together a display at the local museum about newspapers in the Robson Valley.  He said I was the longest running contributor to the various newspapers, and wanted to know when my first cartoon was put in the paper.  I told him I thought it was in 1980, but I couldn’t really remember.  He then ask me if I had any of the old favorite cartoons, and so I went digging in my stash.
As I was digging, I came across this one, which I drew in 1984.  It brought up some bittersweet memories.  In that year, a German family moved to McBride, and set up a European-style bakery in a little building on Main Street.  It was a tremendous asset to our little village of McBride.  Suddenly we had a source of amazingly delicious pastries and snacks.  I break into a cold sweat even now, when I think about those creamy toasted almond-sliver topped squares and those big soft doughnuts with the hint of lemon on the glaze.
Anyway, it was wonderful to have such a fine bakery in town.  Then one morning, a couple of years after the Honey Bun Bakery had opened, I received a phone call from a friend who told me some terrible news.  Manfred (the baker) and one of his daughters had gone out for a hike and to exploring a mountainside.  They climbed up a steep slope, and at the edge of a drop-off, the baker stepped on some moss that slipped and he went over the edge and his body landed in a tree.  He had the keys to the vehicle in his pocket and the daughter couldn’t get to him.
In what must have been a horrific journey, she then had to walk back to town alone, for help.  The rest of the family tried to keep the bakery open after Manfred’s death, but eventually it closed.