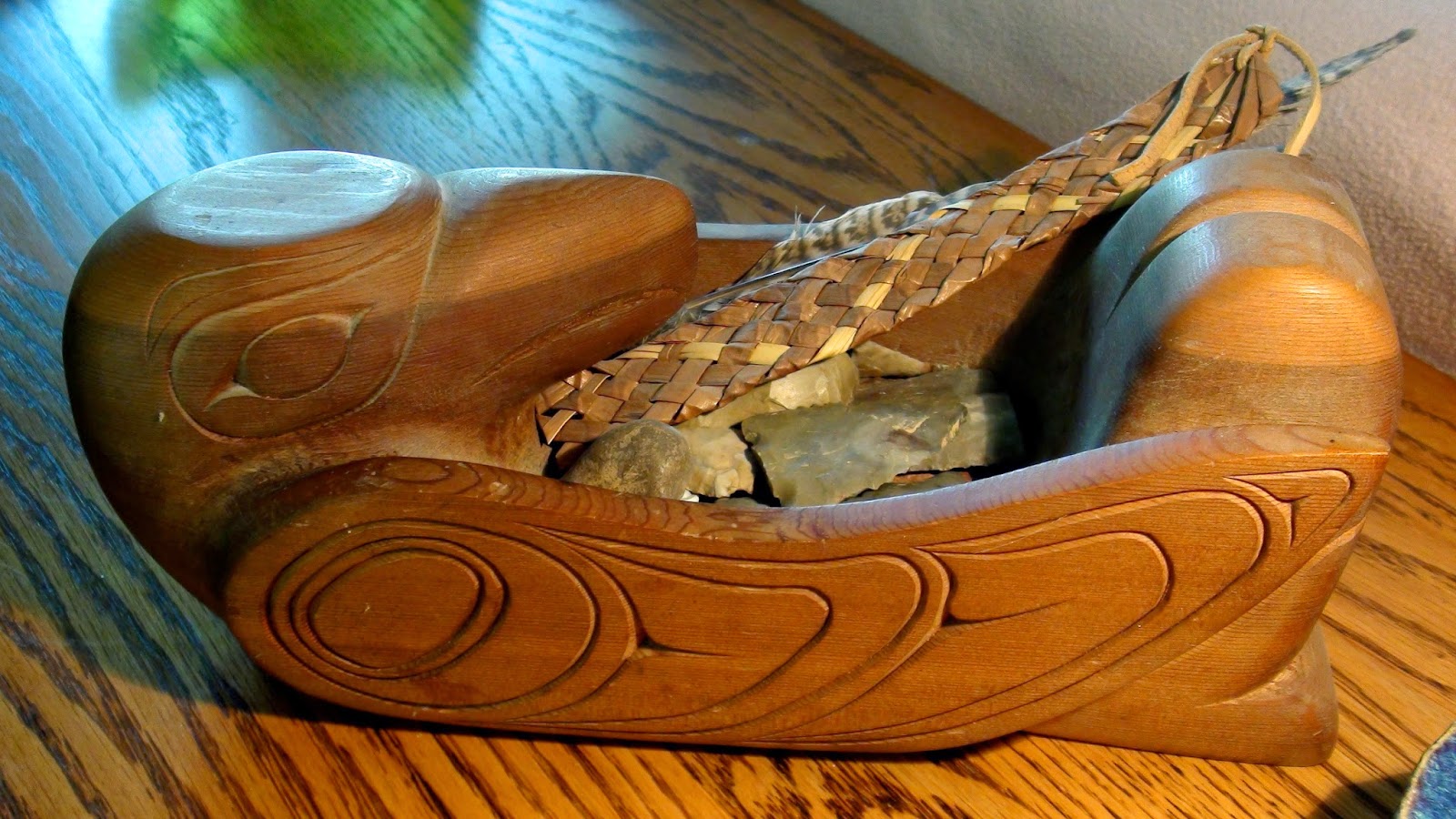 Today, the Summer Solstice, is in Canada, National Aboriginal Day.  It is a day set aside in recognition of the Indian people of country, whether they are called ‘Native Americans,’ ‘Amerinds,’ ‘First Nations,’ or ‘Innuit’.  While these people were treated somewhat better in Canada than they were in the US, their story is still a very tragic one.
Despite they way they were treated, they still somehow possess dignity and wisdom, and fortunately have come through for the country in ways that I have always appreciated.  When Canada was about to give even  more power to Quebec than the other provinces, it was a First Nations member of the Saskatchewan legislature whose vote stopped the Meech Lake Agreement.  When environmentalist fought the BC government in an attempt to save unique old growth forests from total decimation from logging, it was the power of the First Nations that finally forced the government to save key areas.
Now my hope again is focused on the First Nations people of BC in a new environmental fight.  The Federal Conservative Government and Big Oil are trying to force a pipeline across pristine parts of BC in order to ship tankers, full of dirty Alberta tar-sand oil, down the narrow, rocky, and treacherous BC coastline to China.  This pipeline will have to cross Indian land, and will threaten the livelihood of native fisherman, and they are rising up against it.  Lets hope they will be able to stop this threat to BC’s, and the world’s environment.
BC’s coastal First Nations have always been recognized for their arts, especially totem poles and carvings.  The photo above shows an example of the carving and their unique design forms.  It was done by Rocky Jones, a First Nations carver who lived in McBride during the 1980’s.