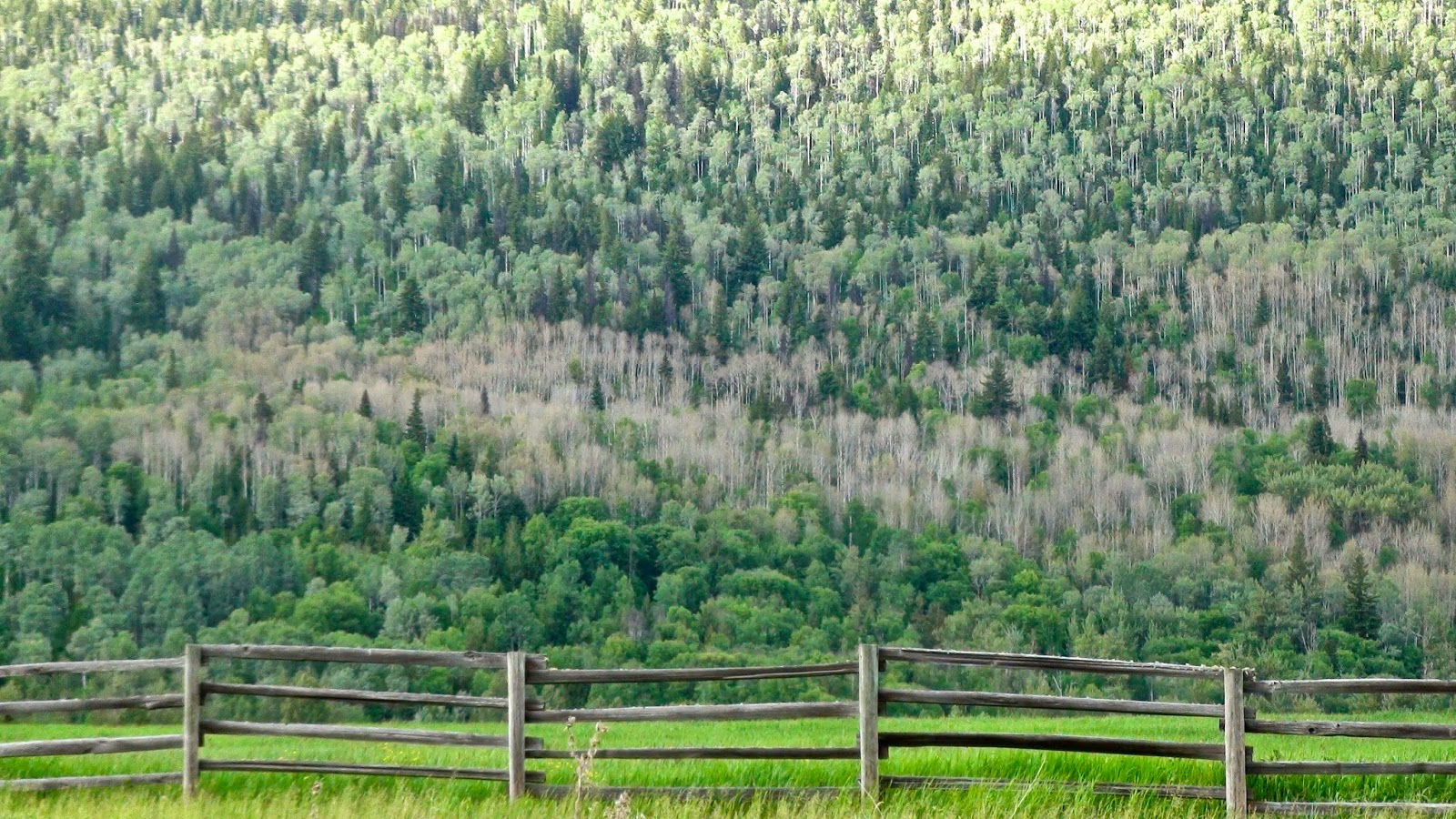 Last week when I drove up to Prince George, I noticed that just east of the city they were having another year of tent caterpillar infestation.  The aspen and other deciduous trees were stripped of their leaves.  I was very happy that they hadn’t shown up in the Robson Valley.
Yesterday as we were driving down Highway 16 east of McBride near Jervis Road, I glanced over at the mountain slope and saw a swath of bare aspen amongst the other trees.  It looked suspiciously like maybe we are seeing the beginnings of a tent caterpillar invasion here.
Years ago, the Robson Valley suffered though a couple of years of tent caterpillars.  In hard hit areas, trees were stripped of their leaves, both caterpillars and their droppings fell from the trees onto people, everywhere you stepped, your foot squished caterpillars.  Outside it seemed like you could hear them munching all around you.   It wasn’t much fun.
I felt extremely lucky that they didn’t really do damage at our place.  They were bad at Dunster and east of McBride, and the year we finally started to see them at our place the caterpillar population suddenly collapsed ending the invasion.  They were very bad in Prince George last year, even downtown.  Below are some photos I took up of their invasion of PG. 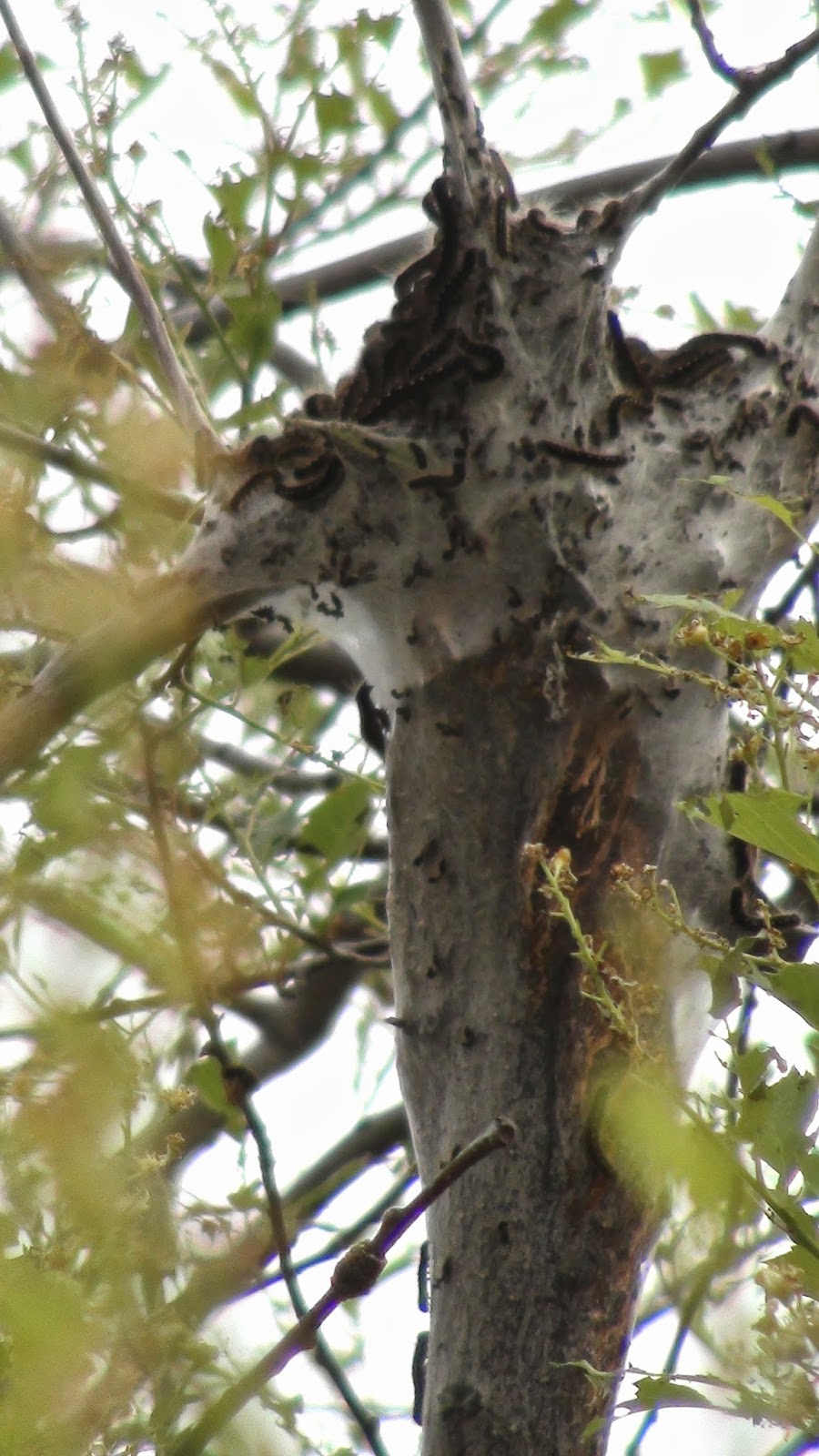 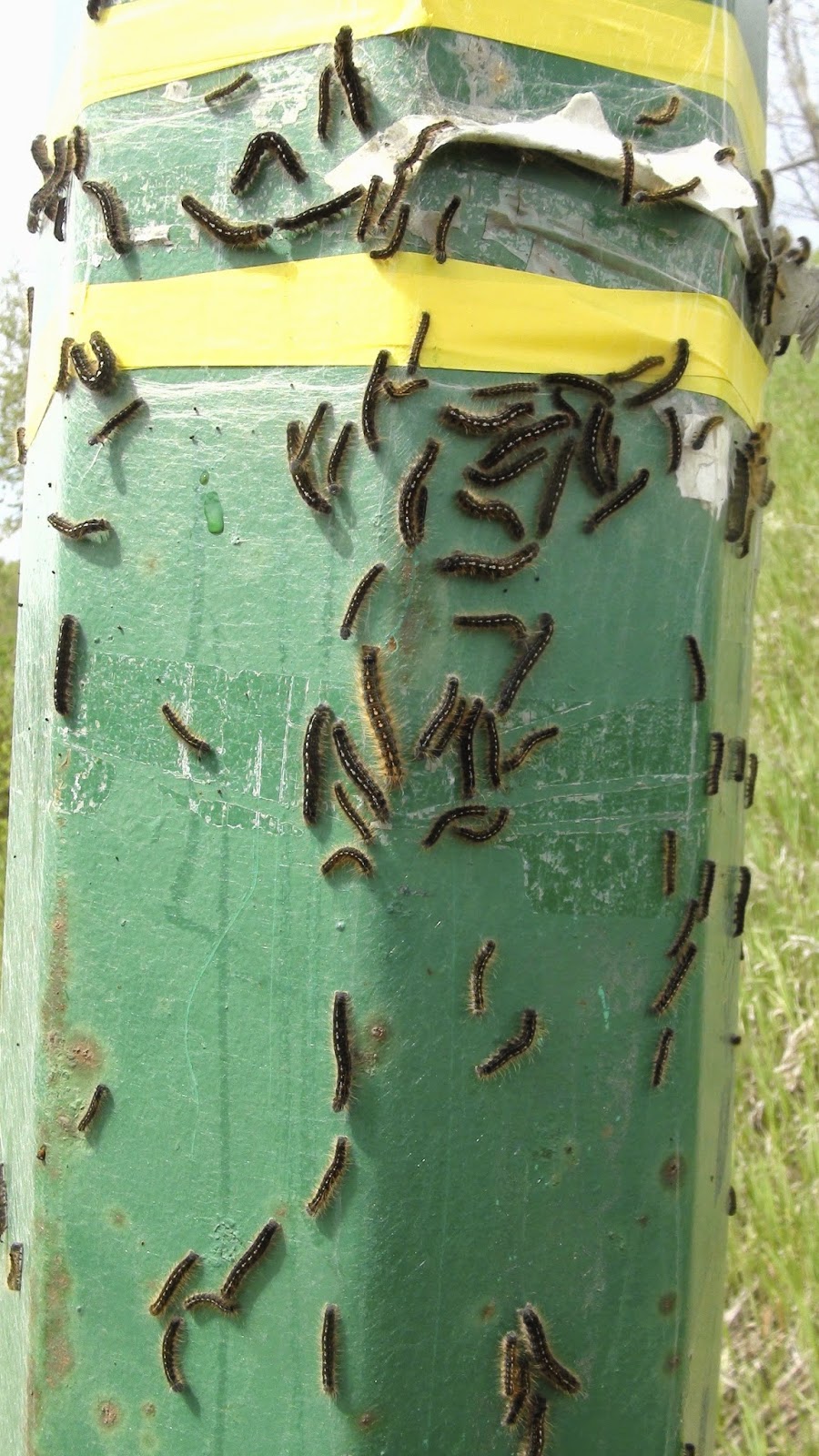