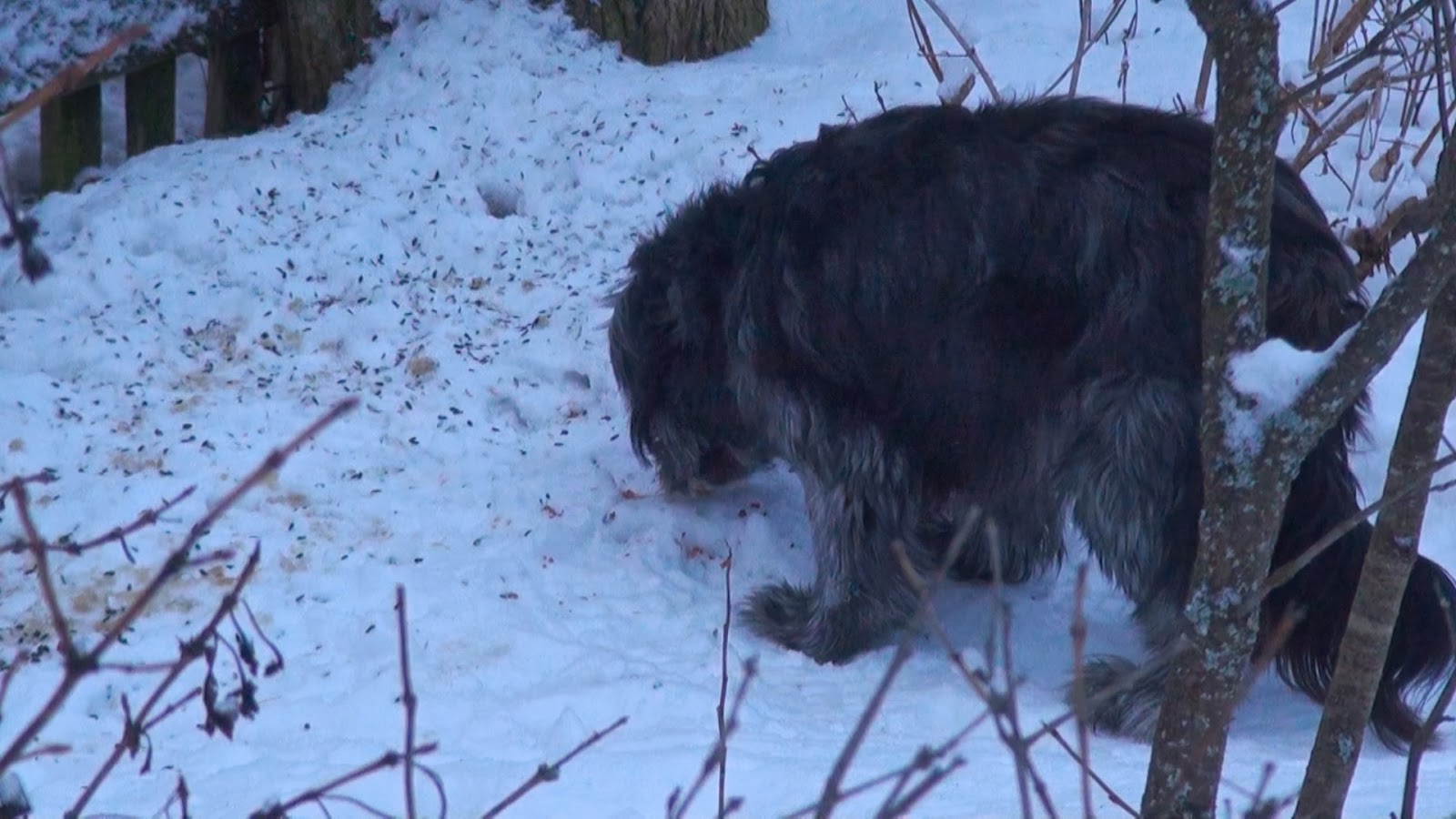 Sometimes last year, I wrote about our finicky cat, Lucifer and how she often refused to eat the canned food we gave her.  She would sniff at it ,then forcefully paw the floor like she was trying to cover it over with dirt to order to spare the world of its awfulness.   When she refused her food, we didn’t want to totally waste it, so we would put it outside, and the chickens we had at the time would come running to eat it.
Now we are having a similar problem with our dog, Skye.  Lately it seems that she eagerly goes to her bowl of canned food, but  after sniffing at it, sadly turns and walks away.  Something about it she finds objectionable.  Unfortunately, we no longer have chickens, so it created a problem of what to do with the day old food.  We didn’t want to just put it in the trash and waste it, so in hopes that some wild animal would find it and appreciate it, we decided to dump it out on the snow beneath the bird feeder.
Sure enough, some animal did find it and scarfed it down, it wasn’t a wild animal though, it was Skye.  She sniffed out the old food, thought it was a found treasure and quickly ate it--I guess food just tastes better when you eat outside.

I paint every day, see my paintings at:  www.davidmarchant.ca