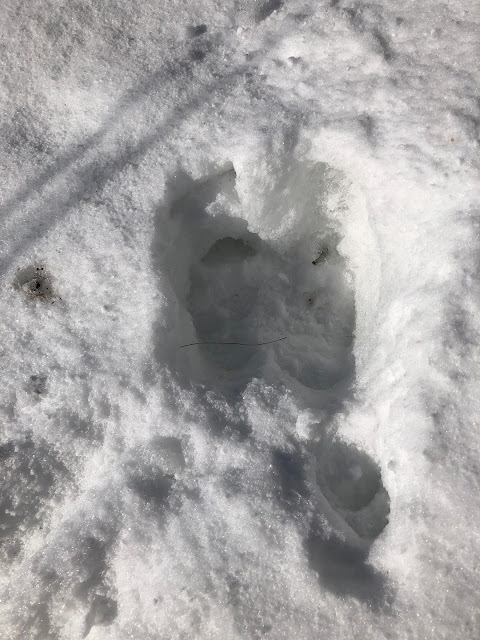 The snow on the ground has again frozen hard enough for me to walk on top of it, instead of sinking through it, so I thought I would walk Kona on our loop trail that runs through the neighbor’s woods.  We hadn’t been on the trail for months, so I wasn’t sure what kind of conditions to expect.  Happily it was quite walkable.

At one point at the middle of the forest, Kona stopped, then stared intently toward a grove of Cottonwood trees.  I knew she was aware of something, but I couldn’t see anything.  Suddenly she erupted into a barking fit, pulling at her leash.  It was then that I saw a moose, crashing through the underbrush to escape the “fierce” dog that it had heard.

Later when we were walking through one of the fields that is situated beside the Fraser River, I came across some tracks of a coyote that must have been hunting mice.  The snow certainly records a lot of animal activity that otherwise, one would not be aware of.