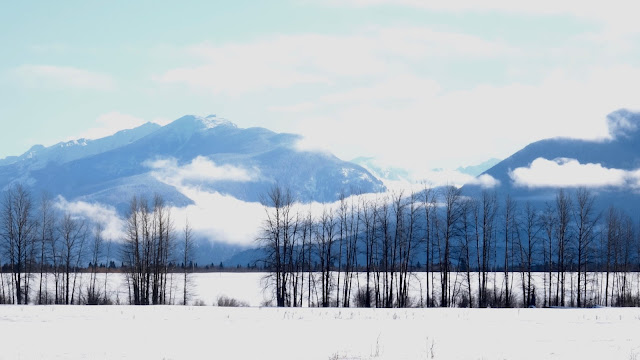 The Robson Valley is part of the Rocky Mountain Trench and is nestled between the Canadian Rocky Mountain Park Range of Mountains on the north and the Cariboo Mountains to the south.  The Cariboo Range is 245 km (150 miles) in length and is part of the larger Columbia Mountains.  As you might have guessed the name is a misspelling of Caribou, the North American Reindeer, which used to be common in the area, but are now near extinction.

The name was first referenced in 1861 when gold was discovered around Barkerville, BC.  It led to what is now called the Cariboo Gold Rush.

I took the photo yesterday on our walk on Horseshoe Lake Road.  The sun was out and it was extremely bright, shining on all of the snow and clouds.  My camera went a bit haywire as a result, making the photos I took very washed out.  I had to do some fiddling with the photo to make it look presentable. 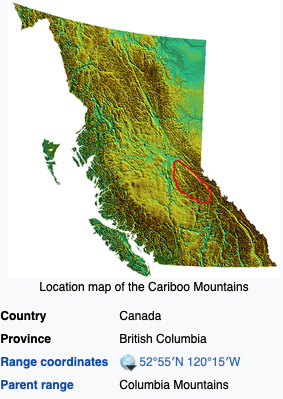 View my paintings at:  davidmarchant2.ca
Posted by Life in BC's Robson Valley at 09:45