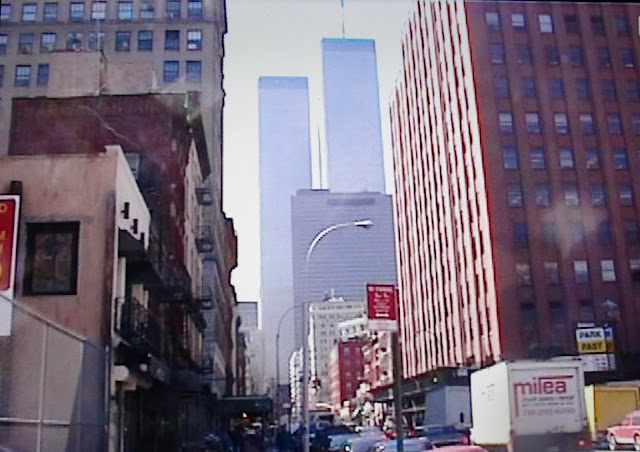 I’m sure most everyone who was alive and old enough, remembers this day twenty years ago.  I imagine that most people who see the photo above, expect to see an airliner fly into one of those buildings in the center.  Planes slamming into those buildings has become such an iconic scene. I’m sure I have seen it hundreds of time on TV.  It was the day terrorists unexpectedly destroyed the World Trade Center and the Pentagon buildings, killing thousands.

I certainly remember that day.  I woke up to the news on my clock radio, that a plane seemed to have crashed into one of the World Trade Center Buildings.  As we ate our breakfasts, there was a news bulletin telling of a second plane hitting the other building.  I had my ear plugs in, listening to the special broadcast on my transistor radio as I pedaled my bicycle to work, when the news came across that the first building had collapsed.  I remember saying out loud, “Oh, no.”

I had felt a special kinship to those stark and sterile-looking towers because just 6 months earlier during our March Break, we had visited friends in Manhattan and had gone to the top of the World Trade Center to view New York City from that lofty perch.  I remember the elevator ride to the top of the building, with the Hispanic elevator operator giving us commentary about the building in his rapid New York accent, as we were whisked upward.  I wondered if he was doing that when the planes hit.

I don’t think much work got done at our Forest Service office that day.  I know I was paying more attention to the radio, with all of it’s breaking news broadcasts and rumors.  After work and back home that night, we watched the special programming in disbelief, as more and more videos of the event made it to the screen.  It was certainly a day that was seared into my memory. 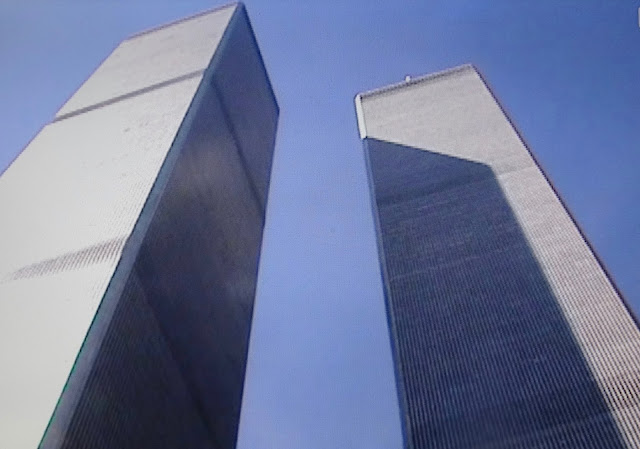 You can view my paintings:  davidmarchant2.ca
Posted by Life in BC's Robson Valley at 09:40