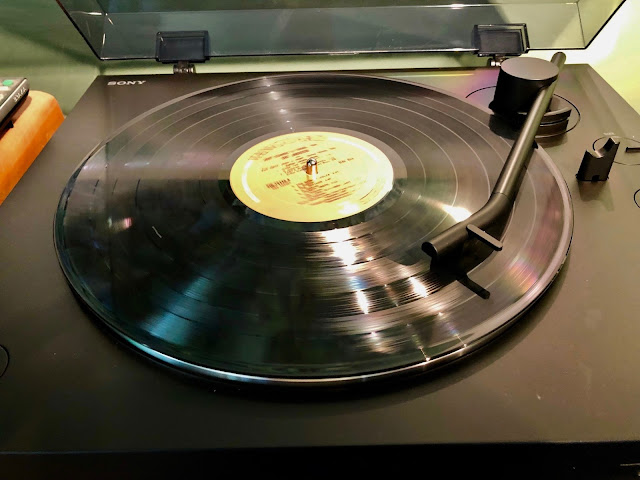 I took a trip way back down memory lane yesterday.  I bought myself a turntable, which arrived yesterday.  I have been without a useable turntable for about 30 years, although I still have all of my old record albums.  After I got it set up, I grabbed an old album, (Eric Andersen’s 1967 ‘Bout Changes ‘n’ Things), plopped it down on the turntable and listened to the songs of long ago, complete with some of its crackles and skips.

Of course all of those songs I could now stream online (without the crackles and skips) but from a record, they do present a fuller spectrum of sound from because a lot of the wavelengths are eliminated  when they are made digital.   Playing a record is also a nice link to my youth.

Back when I was young records were the source of the music I loved.  I could of course hear music on the radio, but only those songs that the disc jockey decided to play, if I wanted to hear the music of a particular group or person, buying an expensive album was my only choice, and I spent my meager money.  Record players and albums were the source of the music I craved.  Of course there are some albums that I still have whose music is so obscure it is not available for streaming.

The record players I had back then were not the greatest.  I sometimes had to stack pennies on the stylus to weight it down so that it wouldn’t skip.  The records always got dirty or scratched which led to crackles in the music, but after listening to an album many times, I came to expect the crackles at certain places in the song like they were part of the music.

With the introduction of 8-Tracks, then cassette tapes, followed by CD’s, and finally streaming, I spent a lot of money buying the same albums I loved over and over, although in whatever format was dominant.   The evolution left the turntable far away in the past and it pretty much disappeared.

I will always remember a story told by a friend, who did retain a record player.  One evening she was babysitting some kids, who were dropped off at her house.  They discovered the record player and where fascinated, when she played them some records, having never seen such a contraption before.  That story really surprised and shook me.  It seemed so strange to have something that was so vital during my youth, disappear.

Since then vinyl albums have made a bit of a comeback.  Stores have popped up in cities that sell them to sophisticated audiophiles, collectors, and also to young hipsters, who often buy the albums for wall art in their apartments.

I doubt that I will ever buy another vinyl record, but I am happy to once again be able to play those ancient albums (complete with their crackles and skips) that meant so much to me as I was growing up. 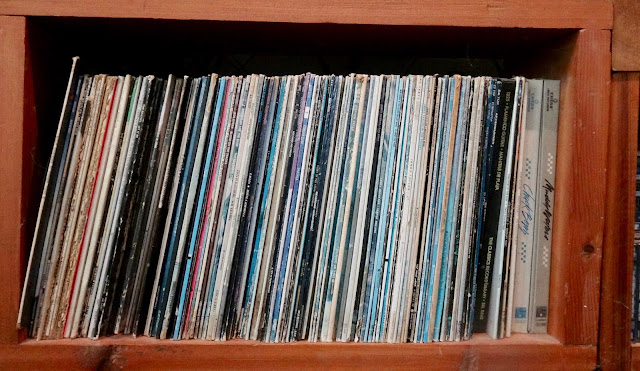