The Hole Left By My Computer 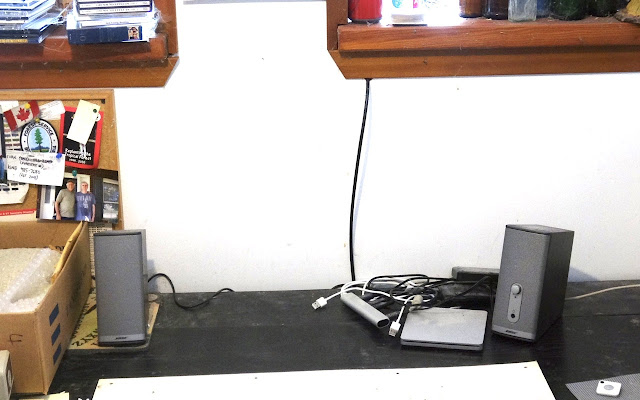 I managed to live the bulk of my life without ever touching a computer.  However, back in the 1990’s I did touch one, then touched another, and soon found I was depending more and more on computers.  I began relying on the things in an ever increasing range of activities.   I was using computers at the Forest Service to make maps, I became dependent on emails for communications, and soon I was using computers for my photography hobby and the cartoons I made for the paper.

All of my stacks music in the form of vinyl records, cassette tapes, and CD’s began to gather dust as I went digital and replaced them with music on my computer.  Even when I began to paint, I used my iMac to design the image and to show the image as I painted it.  Of course, my website, blogging, and other writing were also done on the computer.

As I mentioned in yesterday’s blog, my iMac began to fail.  I knew that the old 2006 computer, like all things, would eventually die, and I lived in fear every time I thought about that eventuality.  I do have access to other computer technology that will allow me to limp forward as I do “work-arounds” to get those things done, but the major problem created by losing the iMac is that, even if I buy a new one, several of the old software programs I depend heavily upon, will not run on the new machines, and I have yet to find replacements that will do what I want to do.

There is still some hope for my iMac.  I took it down to Vincent who runs MacTech in McBride to check it out, and he figures it is the aging hard drive that if giving up.  He is researching some options and I sure hope he is able to come up with something.

Steve Bannon and Trump might like disruption, but I don’t.  I sure hope Vincent can fix my old workhorse.