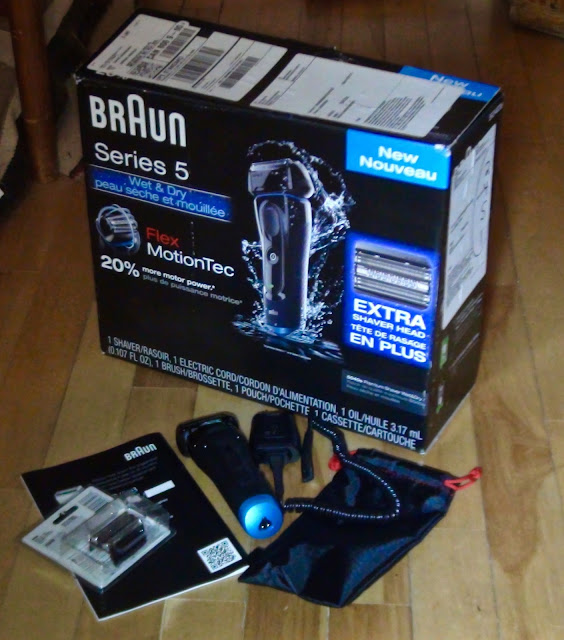 Looks like I am starting the new year out with a rant.
A couple of weeks ago I started to notice that every day when I shaved with my electric razor, I shredded my face.  The head of the shaver had developed a few holes which allowed the movable blades to do havoc on my skin.  I have had the shaver for probably 10 years and had already replaced the foil on the head twice.  Since it was an older model I wasn’t sure if I could still get replacement foils at Canadian Tire or not.
Then I noticed that Costco was having a sale on electric razors, and so I ordered one just before Christmas.  Yesterday  Joan came home from the post office with a huge big box.  “What’s that?” I asked.
“It’s the electric razor you ordered,” she replied.
I was amazed, because it was such a gigantic box for such a small item.  You can see in the photo above what was in the oversized box.  It seems like such a waste of materials and space, but it is way of the world these days.
Below is another example of over-the-top packaging.   I always take melatonin at night and that is a brand new bottle of the stuff that I bought a few days ago.  Notice the black line that I have drawn on the side of the bottle.  That marks the level of pills in the bottle.  They don’t even bother to put in cotton anymore to take up the space (air is cheaper).
I assume the reason for the oversized box for the razor was to protect the thing during shipping, although I think it could be protected just as well in a smaller container.  In the case of the melatonin, the reason for the bottle size is just deception. 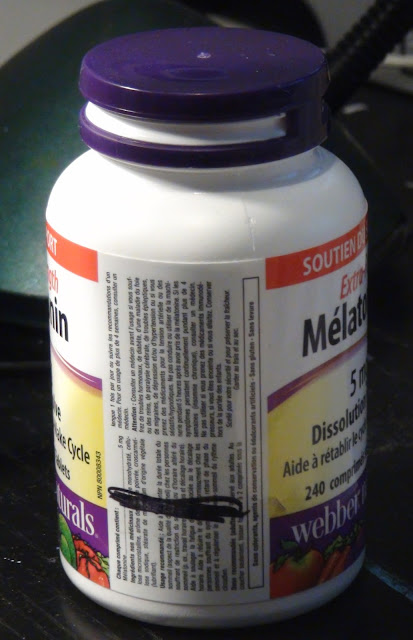