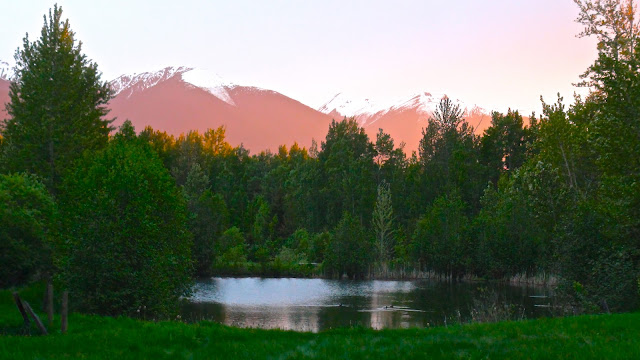 The Robson Valley / Rocky Mountain Trench has a SE/NW orientation.  During the winter the sun sets behind the mountains, but in the spring it sets further and further to the west, until eventually, as we approach the summer solstice, the sun is setting, not behind the mountains, but at the NW end of the valley.   Now as it begins to set, the sun is shining sideways through the Valley.
That is what happened last night.  The sun was shining sideways, and giving the air ( and the mountains) a pinkish glow.  I took this photo at 9:00 PM.

Take a look at my paintings at:  www.davidmarchant.ca