I've Had Enough of Rainy Weather 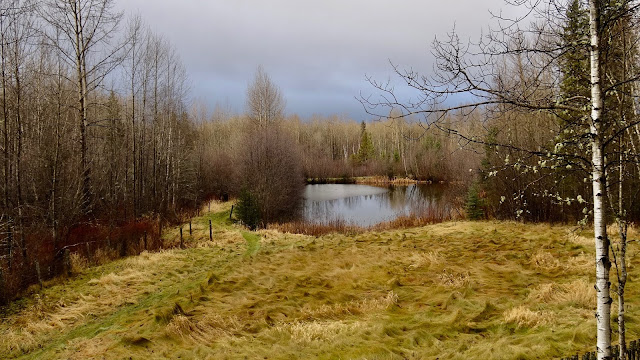 As someone who is positively influenced by sunshine, it has been a hard to take Autumn.  The ground is totally saturated with puddles in the yard where I have never seen them before.  The only good thing about the photo above is the golden glow of the grasses in the pasture.  The mountains can’t be seen because of the moisture-laden gray clouds.
It has been the wettest year I can remember.  During the summer I could rationalize all the showers and rain by saying, at least we won’t get any forest fires, but now that summer is over, I am having a hard time thinking of some rational for staying positive.
It is forecast to dip a bit below freezing over the next couple of nights, so maybe that will at least harden up some of the mud.