Don't Rain on my Parade 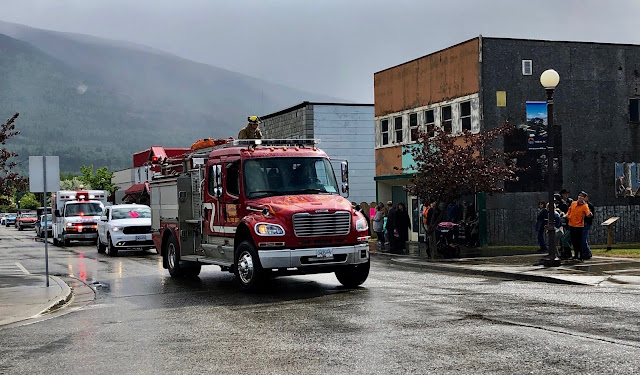 On the first weekend of June, McBride has it’s Pioneer Days celebration.  One of the major events that takes place is a big parade down Main Street.  It seems to me that every year the weather is predictable-- showers.   When we woke up yesterday things looked dire.  Dark clouds were building over the Cariboo Mountains.
As Joan and I drove into town the showers began.  It was wet and cold.  The few early onlookers that were starting to take their positions along the sidewalks, huddled under the sheltered porches of the stores.  As you can see from the photo above things didn’t look too promising as the parade started, but the sirens on the fire trucks and emergency vehicles wailed (almost painful to the ears), and the parade began.
Amazingly, then the clouds cleared and the Sun came out.  Organizations and stores in the parade threw candy to the kids who scrambled to the edge of the street to pick it up, as their parents watched  the procession of old cars, trucks, horses and bicycles stream by.
I took up my regular spot  on the parade route (where the parade makes a turn) and as the participants got close,r I pulled out my camcorder to take photos, only to discover the battery was totally dead.  Luckily, I had my iPhone, so used that instead.
Below are photos of my favorite parade entry this year:  a miniature horse pulling a miniature covered wagon.  You can see the kids picking up candy from the street. 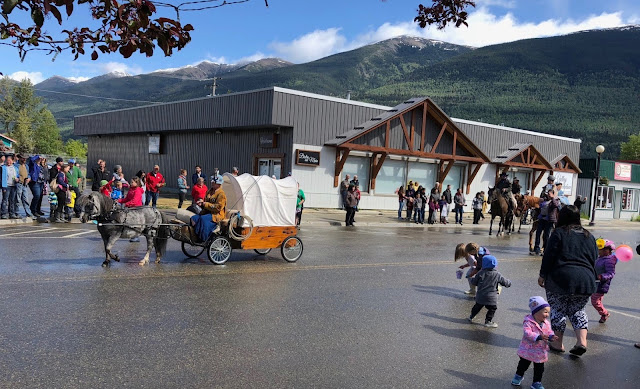 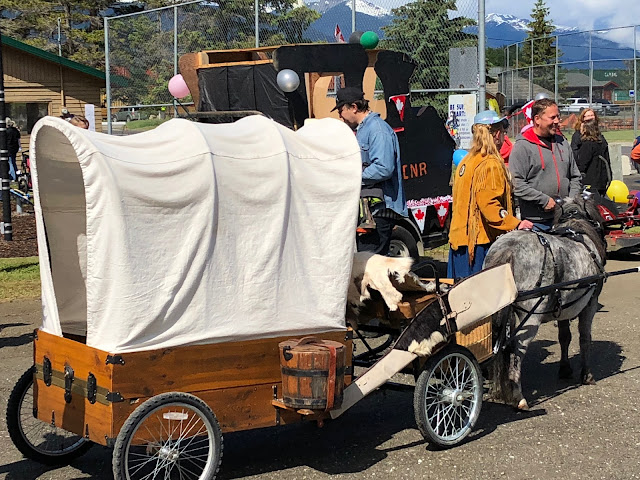 Go to davidmarchant.ca to view my paintings.