I Finally Did It, Warren 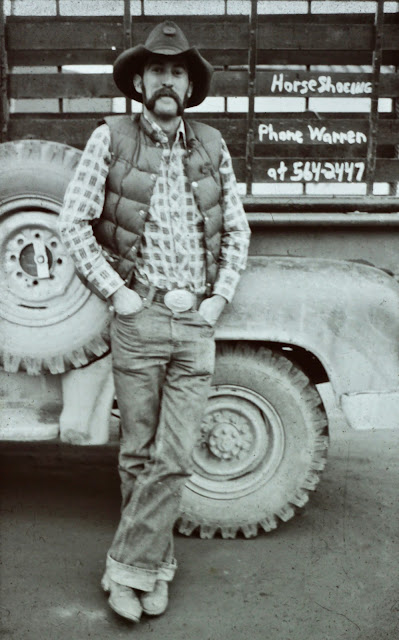 Back in the early 1980’s I took a photography workshop.  One of the activities included in the workshop was to go out and take some photos to then be developed.  The doors of the classroom were flung open and we all rushed out, cameras in hand, and spread out across little McBride eagerly looking for something to photograph.
I luckily, stumbled across Warren in his pickup truck.  Warren is one of our local characters that always adds interest to our lives.  When I think of the word “Cowboy,” its Warren that always comes to mind.  Anyway, I explained to Warren about our photo assignment, and he consented to be the subject of my camera.  He did ask me to give him copies of some of the photos, and I said I would, but in the hustle and bustle of life, the photos got buried among all the other stuff I saved.
Well, thirty-some years have passed, and every I see Warren in town, I cringe with guilt because I never gave him copies of the photos.  My intentions were honorable, but in my defense I have two excuses:

Recently, I did come across them when we were moving things around to get some drywalling done, and now with all this computerization, I have the means to print the slides for Warren.  I did that yesterday and took them down to the post office so that he gets them.  Its a big and very old weight finally off of my shoulders.
Here are a couple of those photos I took of Warren so long ago. 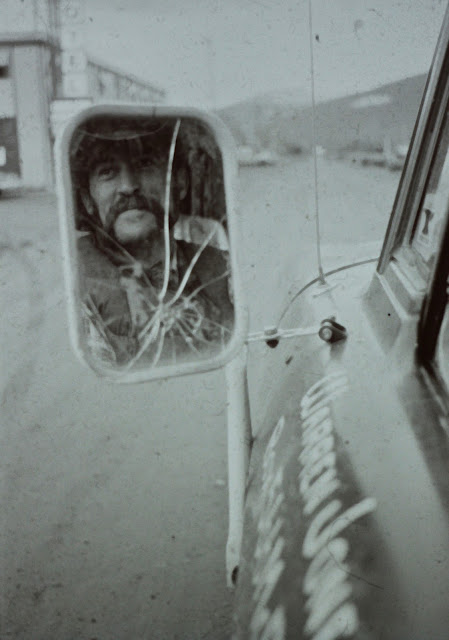