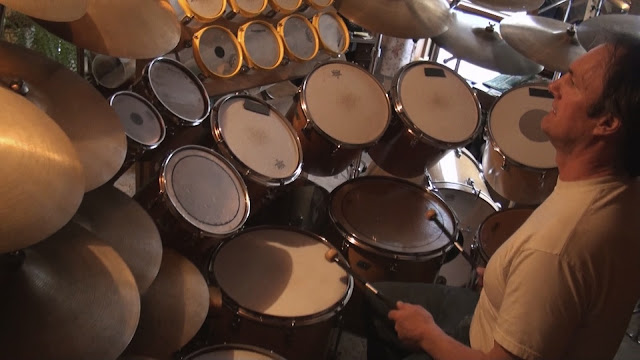 I got the sad news yesterday that Bob had died.  It did not come as a surprise because he had been gravely ill for several months, but still it set me back.
I hadn’t known Bob for very long.  Although I think he had been kicking around the Robson Valley for many years, I had not met him until 2013 when I was hungry to play music and heard about a jam at the McBride Curling Club Lounge and forced myself to go.  There were only 4 of us that came to play, Bob was the friendly, tall, lanky guy with a dobro.  Right away I liked him and we and others began to meet periodically after that to play.
One of the best legacies that one can leave behind is a slew of good memories and although I did know him for very long or very well, Bob Matchett left me with a lot of those.  I always thought he just played the guitar and dobro and during one jam at his house he invited us up to see “his drums” .  I reluctantly climbed the steps to the upstairs room, not expecting much and was totally gobsmacked at what I saw.  He had a drum set bigger than anything I had ever seen.  He sat down and made the room shutter as he demonstrated his skills.
Joan and I were invited to his wedding at the Ancient Forest and it turned out to be the nicest wedding I have ever attended.
When I started the Tuesday Night Jam at the library, it was always a treat when Bob (who had to drive in from Dunster) showed up with his guitar, dobro, and hand written notebook full of lyrics.  He liked the same kind of music as I did and introduced me to a lot of songs I didn’t know.  I will always remember him, face all red, as he was singing his heart out and straining to hit the high notes.
Tonight at the jam if we play “Evangeline”, “In a Town this Size”, “My Darlin’ Hometown” and “Sonny’s Dream”, I will be remembering Bob with a lot of sad, but warm feelings. 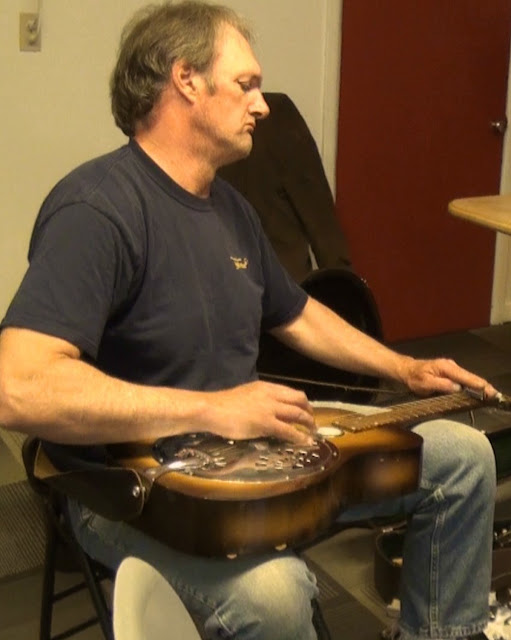 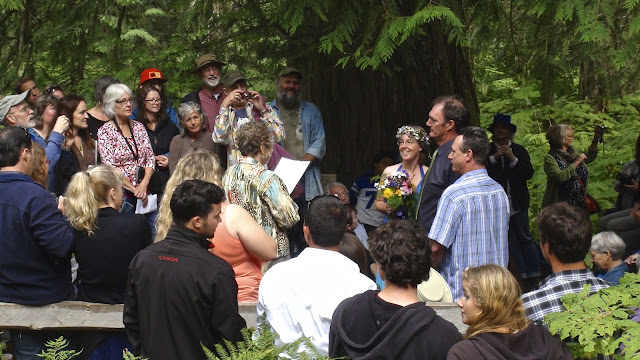