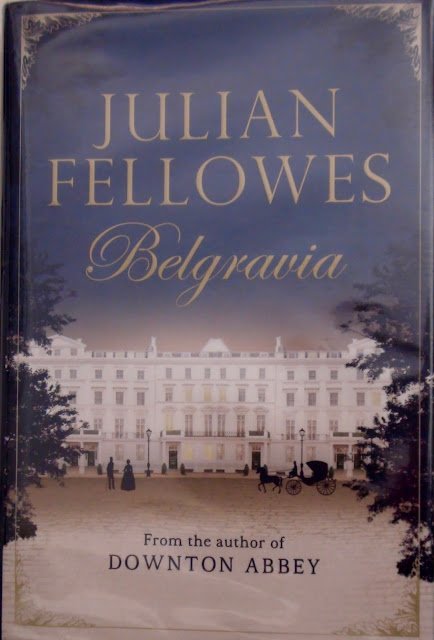 Always on the lookout for a good historical novel, I noticed the picture of the big English mansion and horse drawn carriage on the cover of this book on the "New Arrival" bookcase in the McBride library.  When I saw that the author was Julian Fellows, I grabbed the book and headed for the checkout.  Julian Fellowes wrote "Downton Abby" which was one of my favorite TV shows while it was on.
I was not disappointed when I started reading the book.  It was a book I devoured in big chunks, so eager I was to see what happens to the characters in this novel, as love, bloodlines, jealousy, and greed begin to force their way into the strict hierarchy of British society in the 17th Century.  I found the storyline well-paced and the characters, all jostling for their own interests, to be well developed.
It was a novel that left me irritated every time I was forced to quit reading, because I had something else I had to do.   I was always so anxious to see what was going to happen next as the story unwound.
Although most of the novel takes place in England, it begins in Brussels, where Napoleon is on the doorsteps of capturing f the English-held city. Sophia  Trenchard, daughter of an important merchant who holds a critical position in supplying Wellington's army, is in love with the handsome Lord Bellasis.  Despite their class differences, their romance has resulted in an invitation to a ball put on by the a Duchess, Lord Bellasis's aunt.
Both of the couple's families are concerned about the romance because of the class differences and are eager to see it ended.  During the ball, Lord Bellasis, as well as the rest of the military men attending, are forced to leave and head for a small town named Waterloo, in order to stop the advancing Napoleon. Bellasis is killed in the conflict.
The next chapter begins 30 years later and when I read that Sophia had also died in the year after Lord Bellasis's death, I was left dismayed and wondering where this novel could possibly go, since its two main characters were both dead, but I shouldn't have worried because Julian Fellowes had just set things up so he could explode a bombshell that would have both the aristocratic Bellasis and the now-wealthy Trenchard households reeling and scheming.
Belgravia is a masterfully written tale that I am sorry to have finished reading, because it was so entertaining.