The Rockies Traverse-McBride to the US Border

A film was screened last night about a couple of paraglider “crazies” who decided to paraglide from McBride Peak all the way to the US border.  I was mostly attracted to the film because they started their journey on McBride Peak, a mountain popular with paragliders that is less than 5 kms from our house, but once the film began to run I was immediately taken in by the story and their struggles.
I know very little about hang gliding.  It seems like it might be a pleasant feeling to float noiselessly above the countryside, but the bits about running off a cliff and dangling from a strip of thin fabric have always dampened my desire to try it.  The film taught me a lot more about other dangers of the sport and after seeing it, I think I will just leave it to Will Gadd and Gavin McClurg and other nervy “pilots” that need the thrill.
Will and Gavin’s idea was to jump off of McBride Peak, soar in a southeastern direction all day, then land on another high mountain, camping overnight, then taking off from that point, continuing across the mountains until finally 650 kms (400 miles) later, crossing into the US.  It was a feat that had never been done and watching these two attempt it, gave me a pretty good idea of why not.
Paragliding is totally dependent upon weather conditions.  It needs sunlight warming the slopes of mountains to create the updrafts of wind that keep them aloft.  Things like smoke from distant forest fires, hamper the creation of updrafts, and Will and Gavin were forced to spend days at a time trapped on various mountaintops because they were prevented from flying by smoky skies, rain, or storms.  The trip ended up taking them 35 days.
They experienced moments of terror when turbulent winds created on the lee side of a mountain tossed and twirled them around (something that can cause their paraglider to just collapse), and forced them to land in dangerous places including a narrow logging road.  While they carried their supplies with them on the paragliders, when forced to land in low and sheltered places where they could not take off from, they had to carry all their supplies on their backs as they bushwacked their way back up the mountains to find place suitable for launch.
It was a very fascinating evening watching these two struggle to achieve their crazy dream. 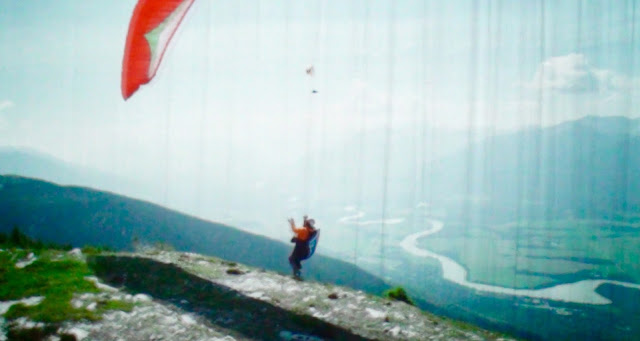 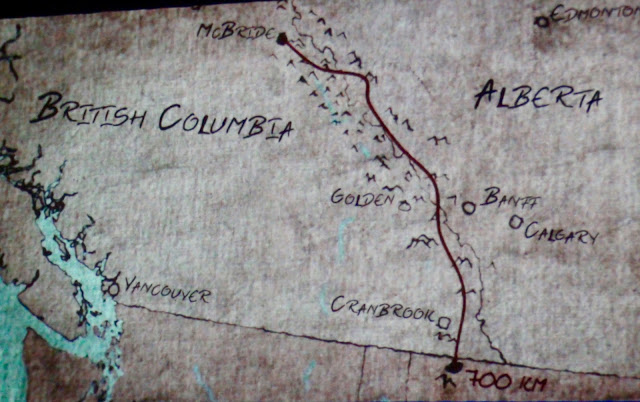