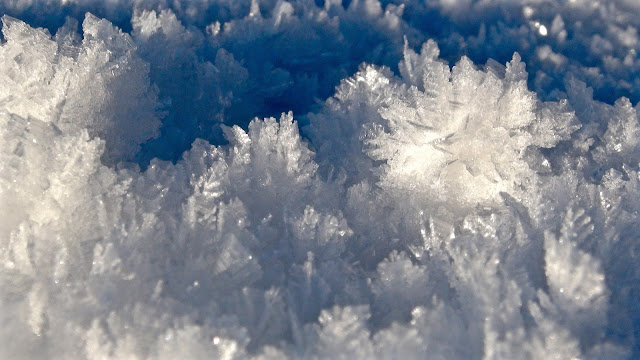 I must confess once the snow covers the countryside, I am challenged to come up with a photo everyday.  I can show snowscapes and wintery landscapes, and interesting lighting, but I often look around and really see nothing that I haven’t already shown on my blog.  Yesterday in my desperation I looked downward and turned to my yearly exploration of hoar frost.

Hoar frost is ice crystals that grow on the surface of the snow (and other objects) when the temperature turns cold.  We have just gone through a couple of nights of -18 to 20C (0 to -4F) which caused the hoar frost crystals to grow.
Because hoar frost crystals are flat and sort of flaky they can cause danger to people up on the mountain slopes when a thick layer of hoar forms which is then covered with a layer of snow.  The buried hoar frost layer is very weak and can generate avalanches when the snow layer which forms on top breaks loose and slides off and thunders down the slope.  Both skiers and snowmobilers have been killed because of a buried layer of hoar frost.
However, down here on the valley bottom hoar frost is not a danger, just an fragile bit of beauty. 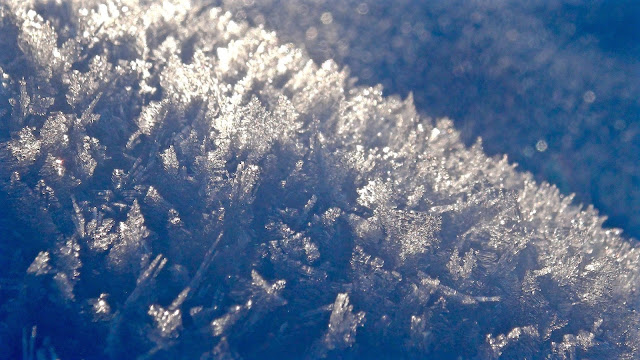