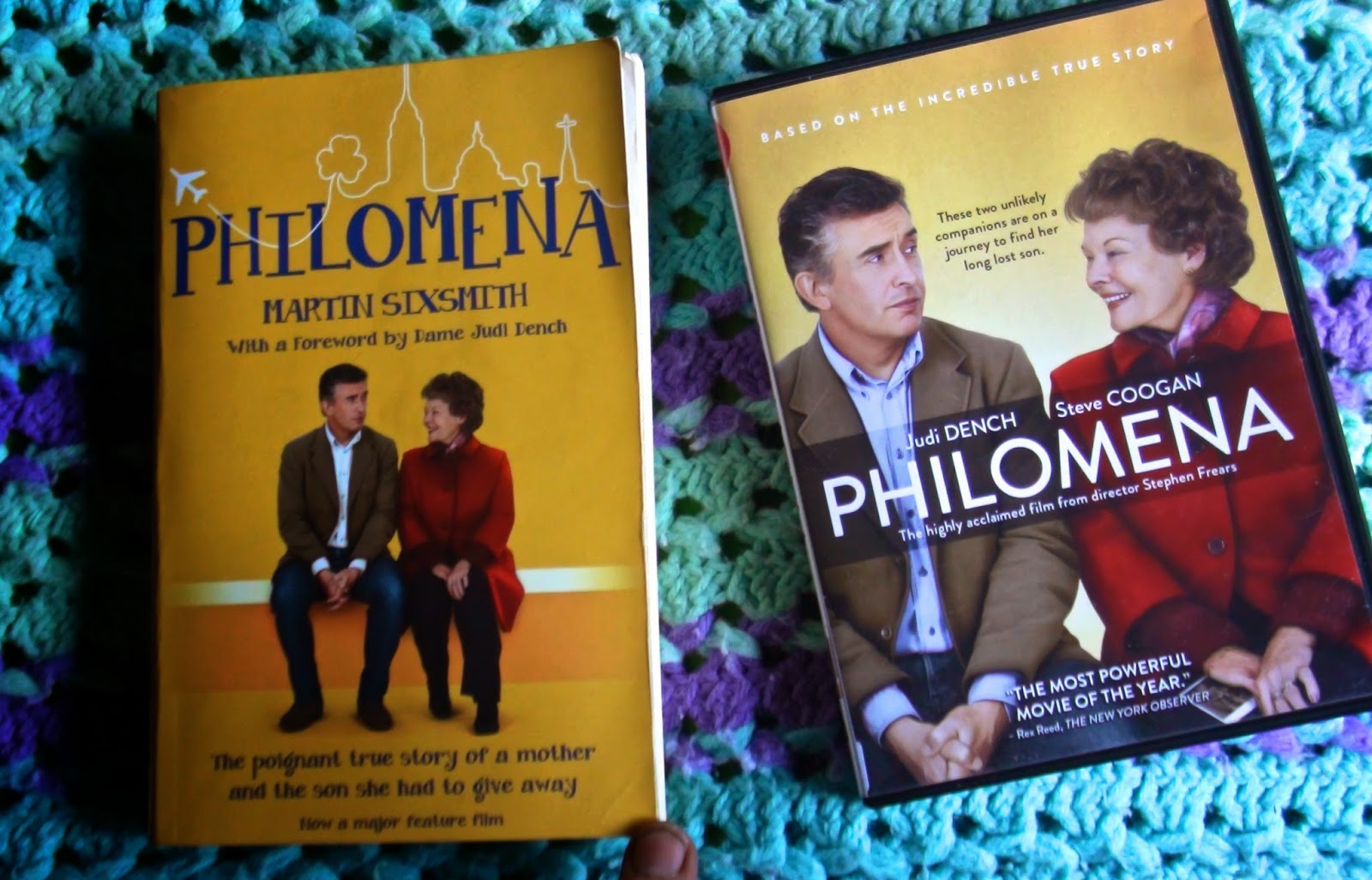 Several months ago I watched the film, “Philomena”.  Based on a true story, it was about the yearnings of an Irish women who became pregnant while in her teens, back in the 1950’s.  Being unmarried, she was forced into to an institution, for “fallen” women,which was run by nuns.  There she gave birth to a son, who she adored for 3 years in those brief periods when not being forced into near slavery, in the money making laundry run by the Church.
Then, against her will, the child was then sold in an adoption deal by the Church to a couple in America.  The loss, and longing to be reunited with her son, was kept secret and tore at the heart of Philomena, until very late in life when finally she told the story to her daughter.  The daughter enticed Martin Sixsmith, the author with the story, and in the movie, he and Philomena, fly to America to piece together clues and try to find Philomena’s long lost son.
It was a very touching story, that really doesn’t end well, as the son who had risen to a high rank in the Republican party had died a few years earlier of AIDS.  He had spent his whole life trying to find his birth mother, who he vaguely remembered, but was always stonewalled by the Irish nuns at the orphanage.
I belong to a book club at the McBride Library, and our assignment for April was to read a book and compare it to a movie made of the book.  Books and movies are both things I like to spend time with so I was happy to be given an excuse to indulge in the two.  On the shelf by the door of the library, there were a lot of books and their DVD’s to choose from, and when  I saw the book, “Philomena,” I remembered hearing that it was really different from the film so I chose to read it.
Sure enough, the book follows a totally different tact than the film.  It starts out with the Philomena giving birth at the orphanage, her love for her young son, and her devastating grief at his removal, but then the rest of the book follows the life of that son, as he is whisked away to a new country, a new family, and growing up in the turbulent last half of the 20th century.
He struggles with being raised in the Church, and discovering that he is gay.  He finally accepts his sexuality and secretly lives that lifestyle, while becoming a lawyer, then even though he hates the Republican platform, especially its attitude about homosexuality, he ends up working for GOP, helping them gain power, while rubbing elbows with President Reagan and Bush.  All the while, longing to find his real mother in Ireland, even as he begins dying of AIDS.
Reading the book and seeing the film really rounds out the story because you see it from both sides--Philomena, and Mike/Anthony, her son.  I enjoyed the story in both media, although it really bugged me how Philomena continued to be so loyal to the Church after what they had done to her, and how Mike, her son, could work for the Republican Party, while watching their attitude toward gays and their refusal to do anything during the outbreak of AIDS, because it was mostly just killing gays.