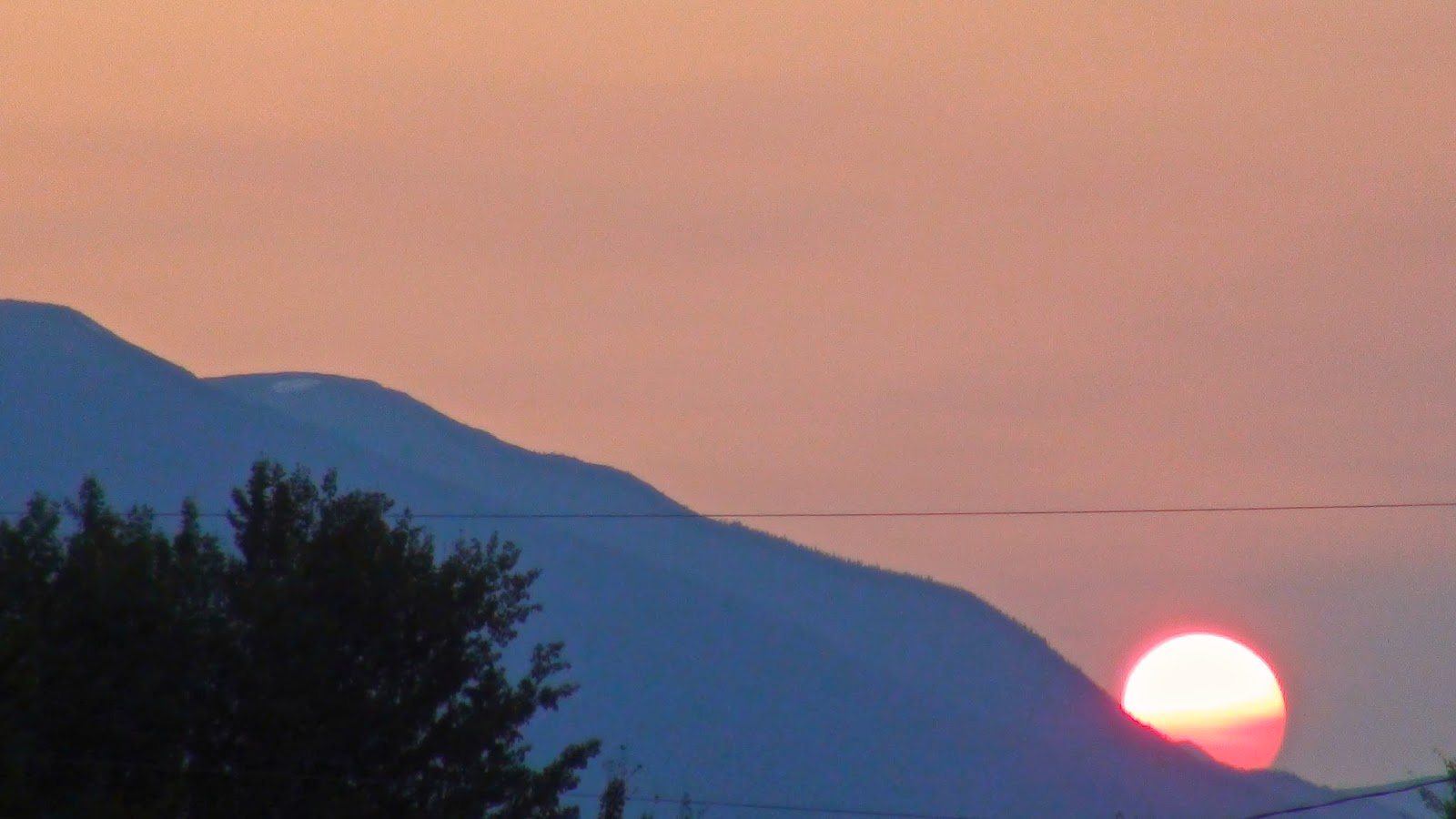 Even though it is still the middle of summer, already you can feel the slow decline in the length of daylight and see a difference in where the sun is setting.  At the Summer Solstice, the sun follows along the Robson Valley and sets at the far end of the valley, now it doesn’t quite make it to the end of the valley and is starting to set behind the Cariboo Mountain range.
It is getting darker a bit sooner in the evening, (the photo was taken at 9:00 PM) and the sunlight is not getting up so early in the morning.  The twittering and chatter of the birds, which is caused by the lengthening days of Spring has really diminished.  Hummingbirds have already begun to disappear, heading back south while there are still plenty of flowers on the way.
Our valley is again filling up with smoke from far away forest fires and that accounts for the orangish hue of the sky.