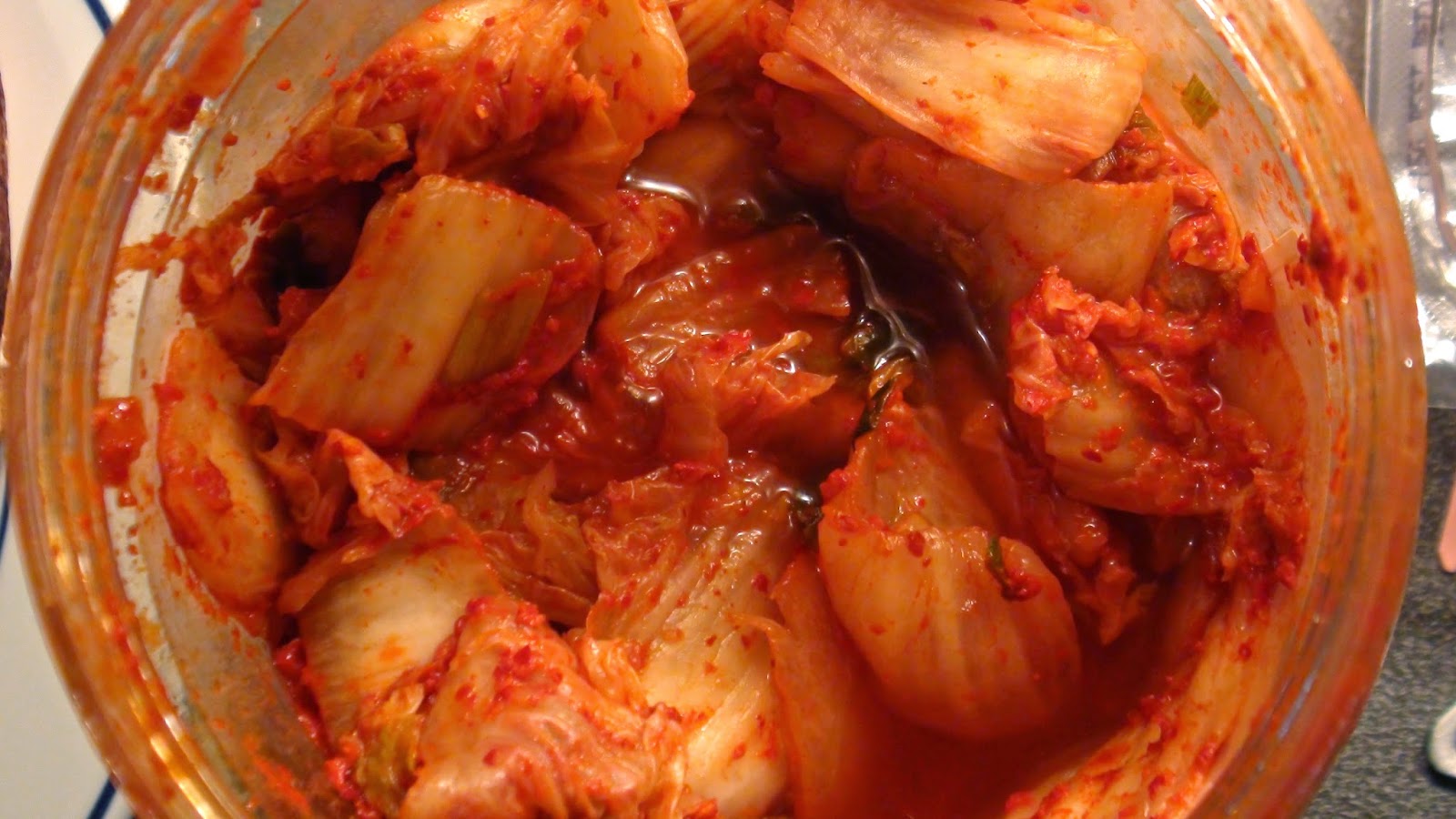 About a month ago when Joan and I were in Costco, we were scanning the shelves, and Joan spotted a big jar of kimchi.  She said she had had some once in Hawaii, liked it, added that it was really healthy, and asked if we should get some.  Although I had never tried it, I had heard of it, and knew that the Korean food was made of cabbage and hot peppers, both of which I really liked, so I told her, “Sure, let’s get a jar.”
A couple of days after returning from our Prince George shopping trip, Joan got the jar of kimchi from the pantry and was going to have some for lunch, first however she read the ingredients.  Listed along with the cabbage and red pepper powder, she discovered “Anchovy extract and Shrimp.”  Joan is very allergic to fish and seafood and so the whole big jar of kimchi suddenly became mine.
I decided to try some for my lunch and dished a couple of spoonfuls onto my plate.  That first mouthful of kimchi was not exactly what I was expecting.  I found it to be very harsh.  It was a totally unfamiliar taste, and I did not really care for it much, but I had a whole jarful of the stuff to eat, so I cleaned my plate.
I hate throwing food away, and although I wasn’t keen on the stuff, I figured that in maybe eating it a few times, I would soon develop a taste for it.  The fact that it was cold, because I always ate it after getting the jar out of the fridge, didn’t really add to my  enjoyment.  When we had the guests from Amsterdam, we put it on the table, hoping that they would eat it up.  They tried it, and Casper put it on a sandwich saying it made eating it better, but it was not a huge success, so the big jar of kimchi remained in our tiny refrigerator clogging it up.
Since I felt obligated to slowly make it disappear, I decided one day to try it on one of my sandwiches.  This I found made it a lot more palatable, eating it in conjunction with the bread and meat really smoothed out its taste and gives the sandwich a bit of kick that I usually get by putting pickled peppers on it.
I doubt that we will ever buy kimchi again, but I am pleased that I have at least found a good way to eat it.