Butterflies of the Robson Valley 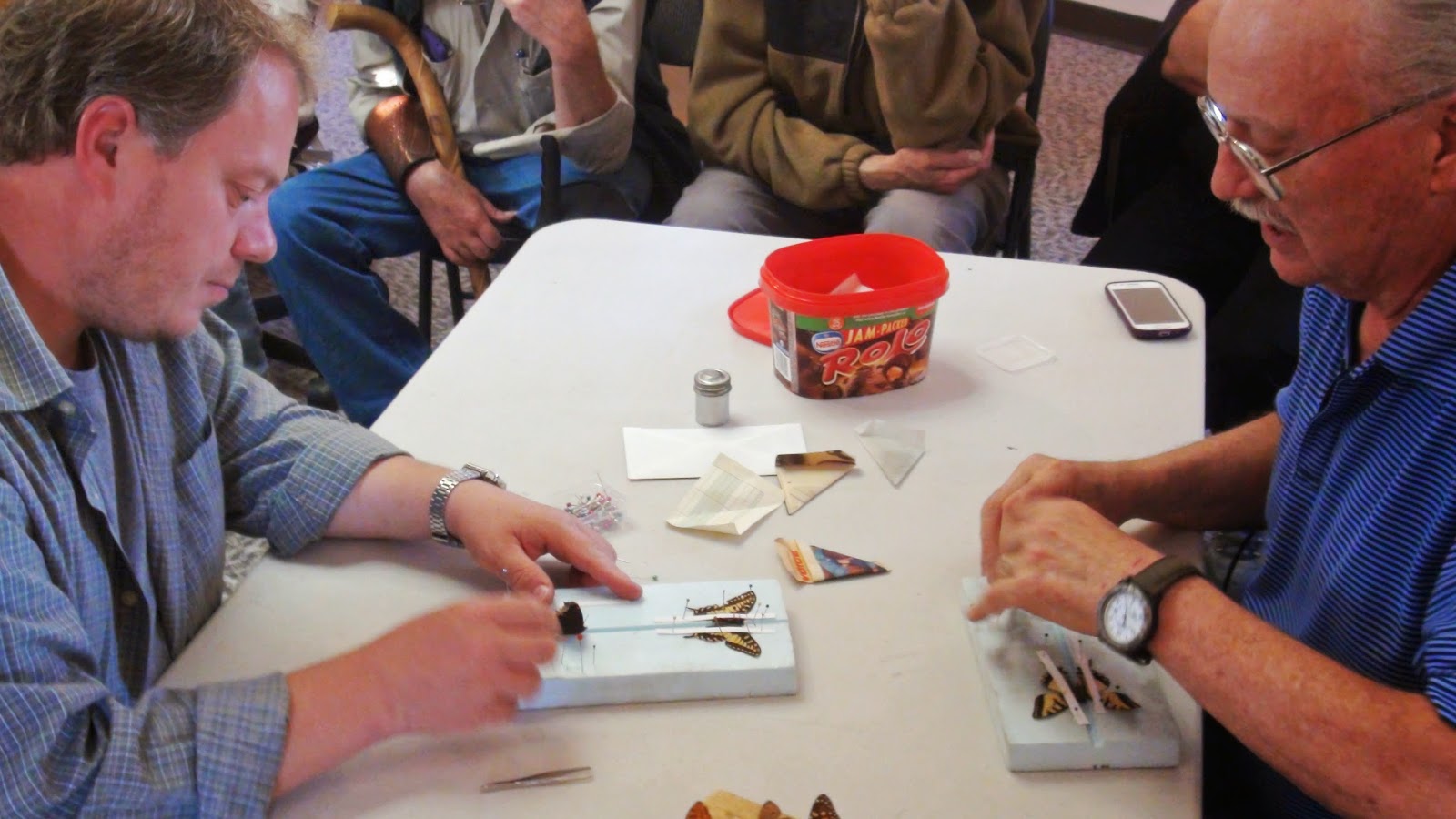 Last night the nature talks at the McBride Library continued with a focus on Butterflies and Moths.  Mick Callas, who has been collecting butterflies since he was a kid, gave an interesting talk and demonstration.  Members of the audience were offered the chance of preparing some dead specimens for mounting.
On display in the library/museum is a changing show of Mick’s collection which include butterflies and moths from around the world as well as examples of those found locally.  Below are some of those that can be found around here.  Rick explained that although Monarchs are not native to the Robson Valley,  he did find one which had been stuck to the front of an RV and was still alive. 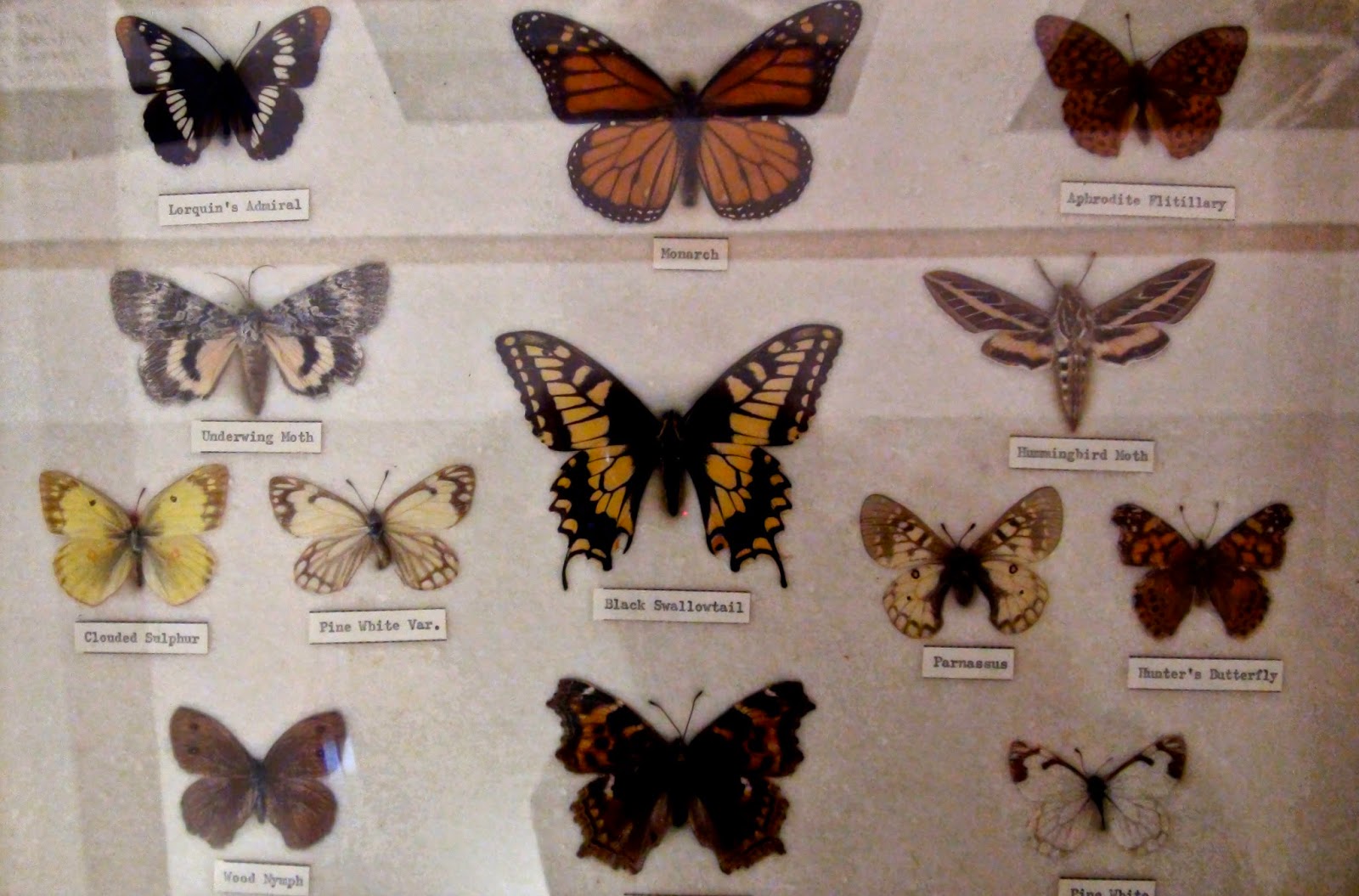 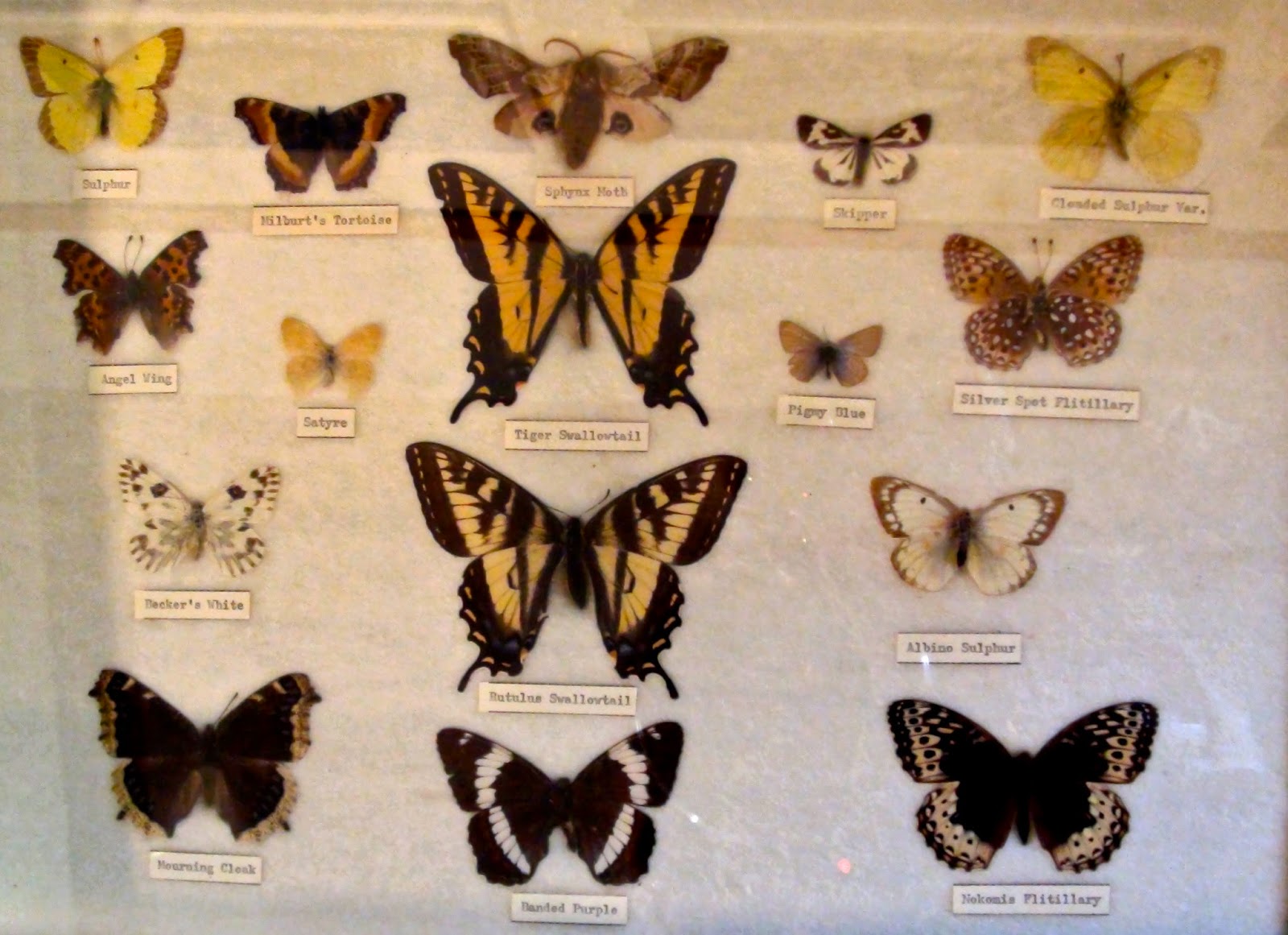