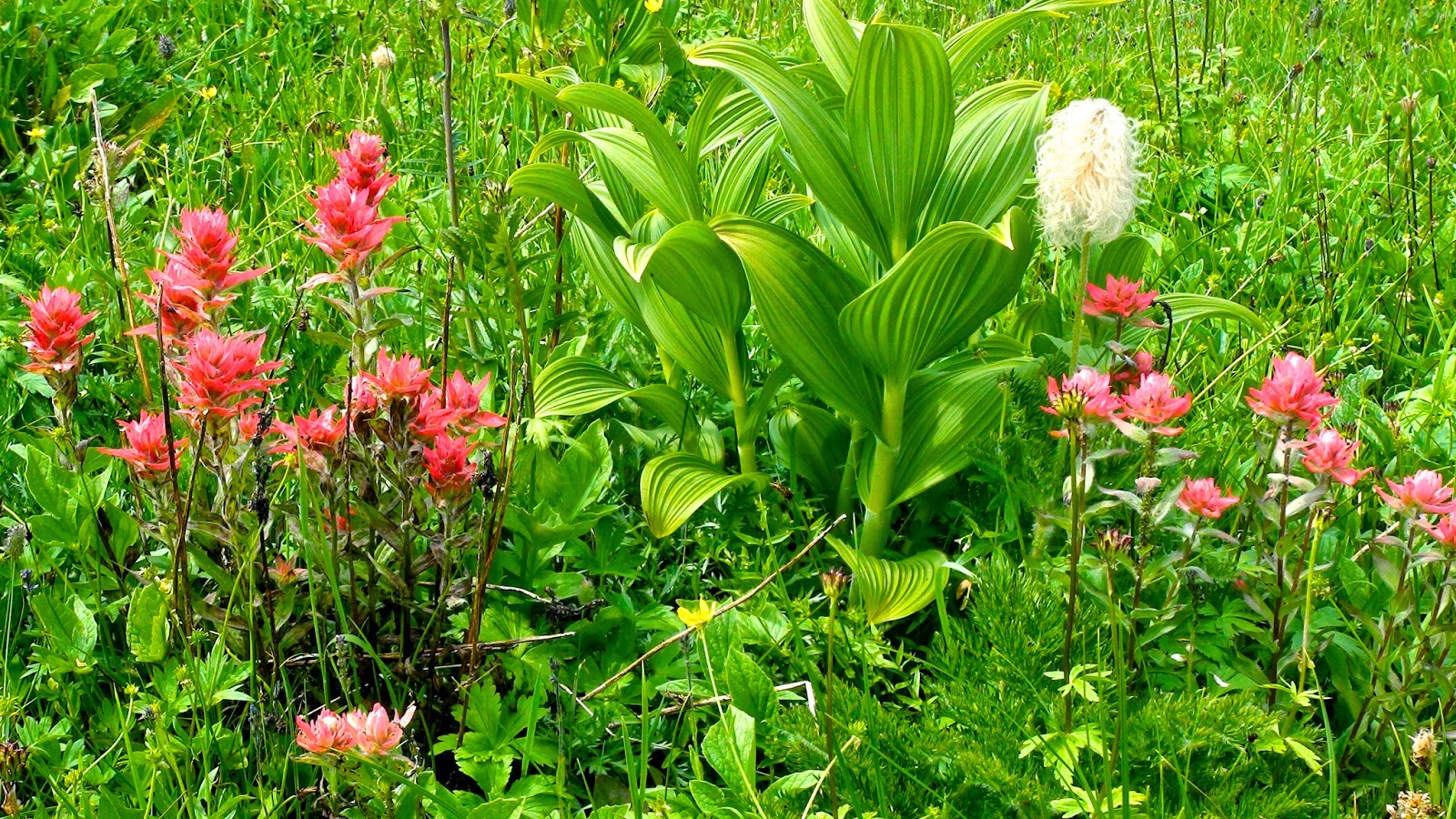 In the summer after I got out of the third grade, my parents took the family on a camping trip to Colorado.  It was the first time I had been in the West and it was planned mostly because of my fascination of American Indian culture.  When my mother pointed out an orangish western flower and called it an “Indian paintbrush” it registered deeply into my brain because of its association with Native Americans.
There are many varieties of paintbrushes (Castilleja) growing in various ecosystems in the Robson Valley.   Below are a few examples of paintbrushes that I have seen this year.  The most common, grows on the valley bottom and is orangish in color.  The other examples I found growing in mountain alpine meadows. 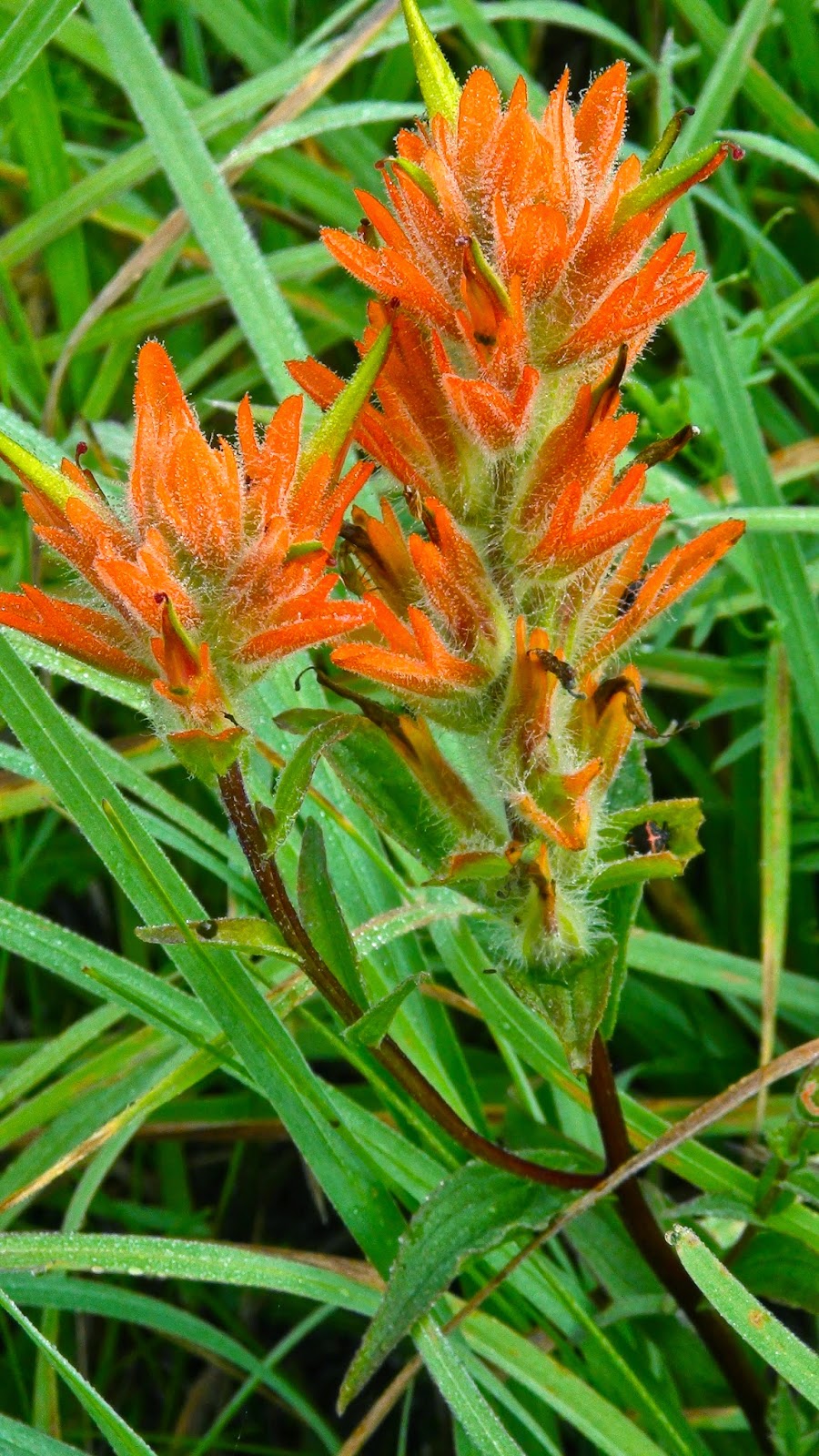 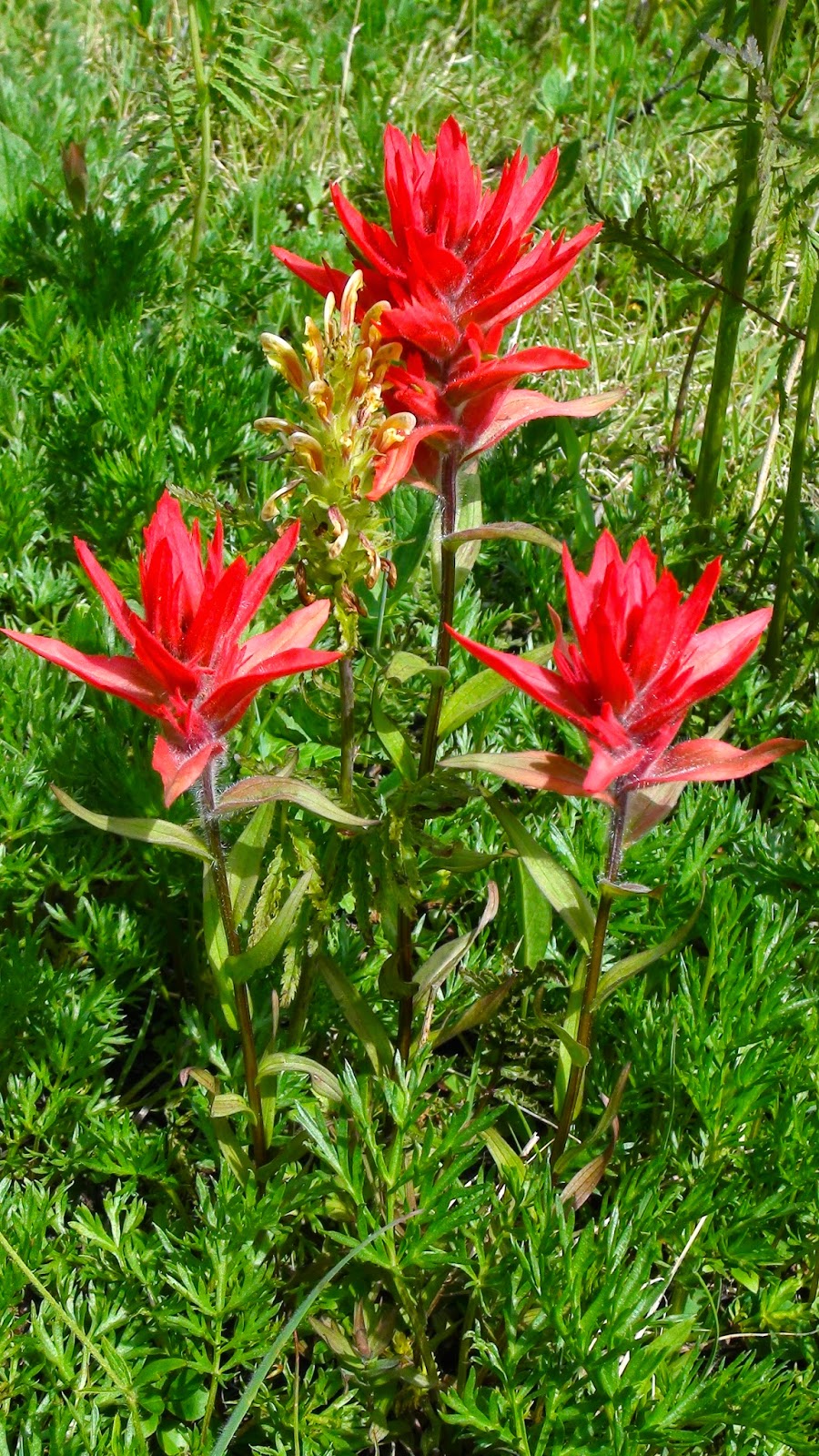 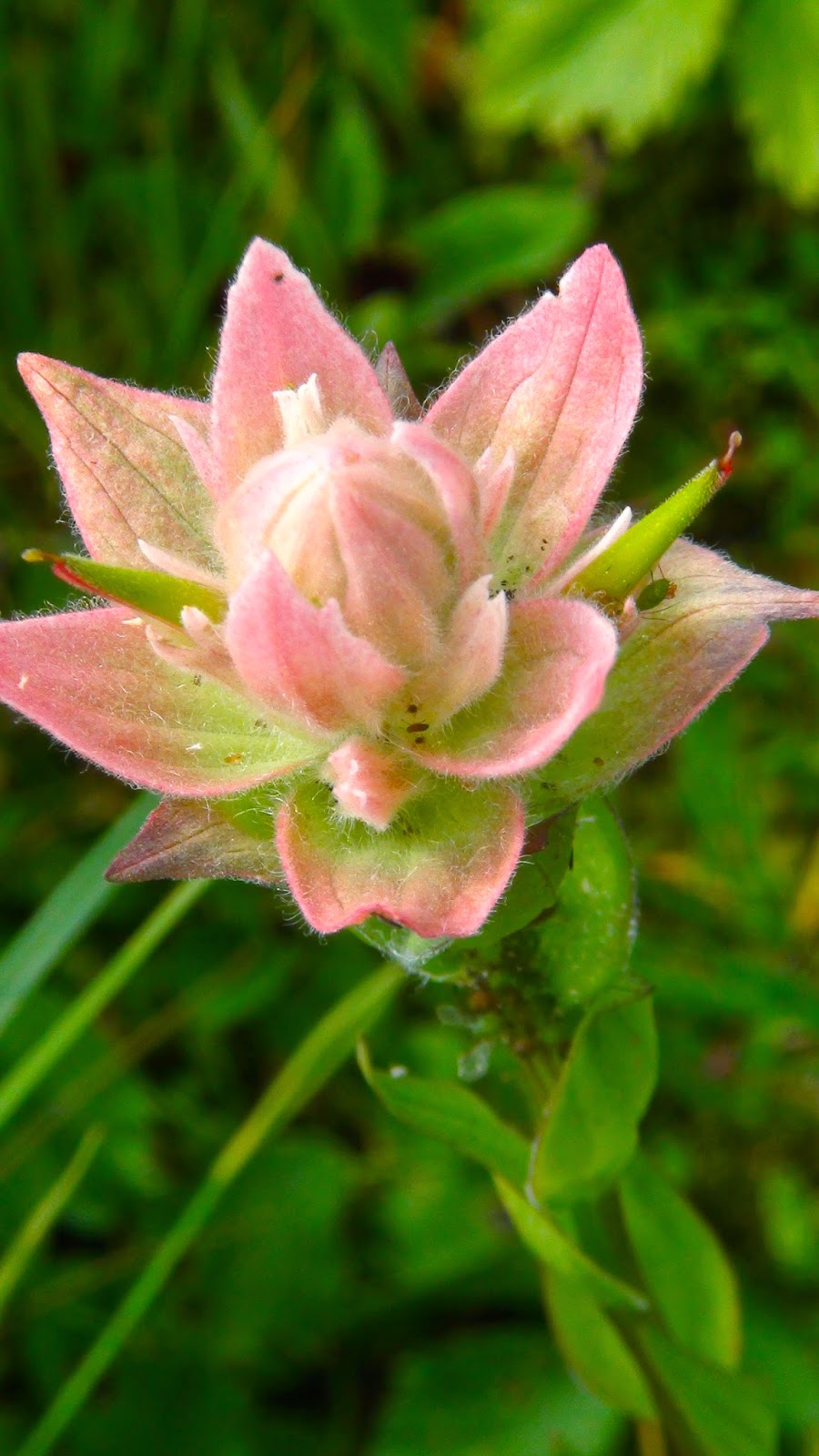 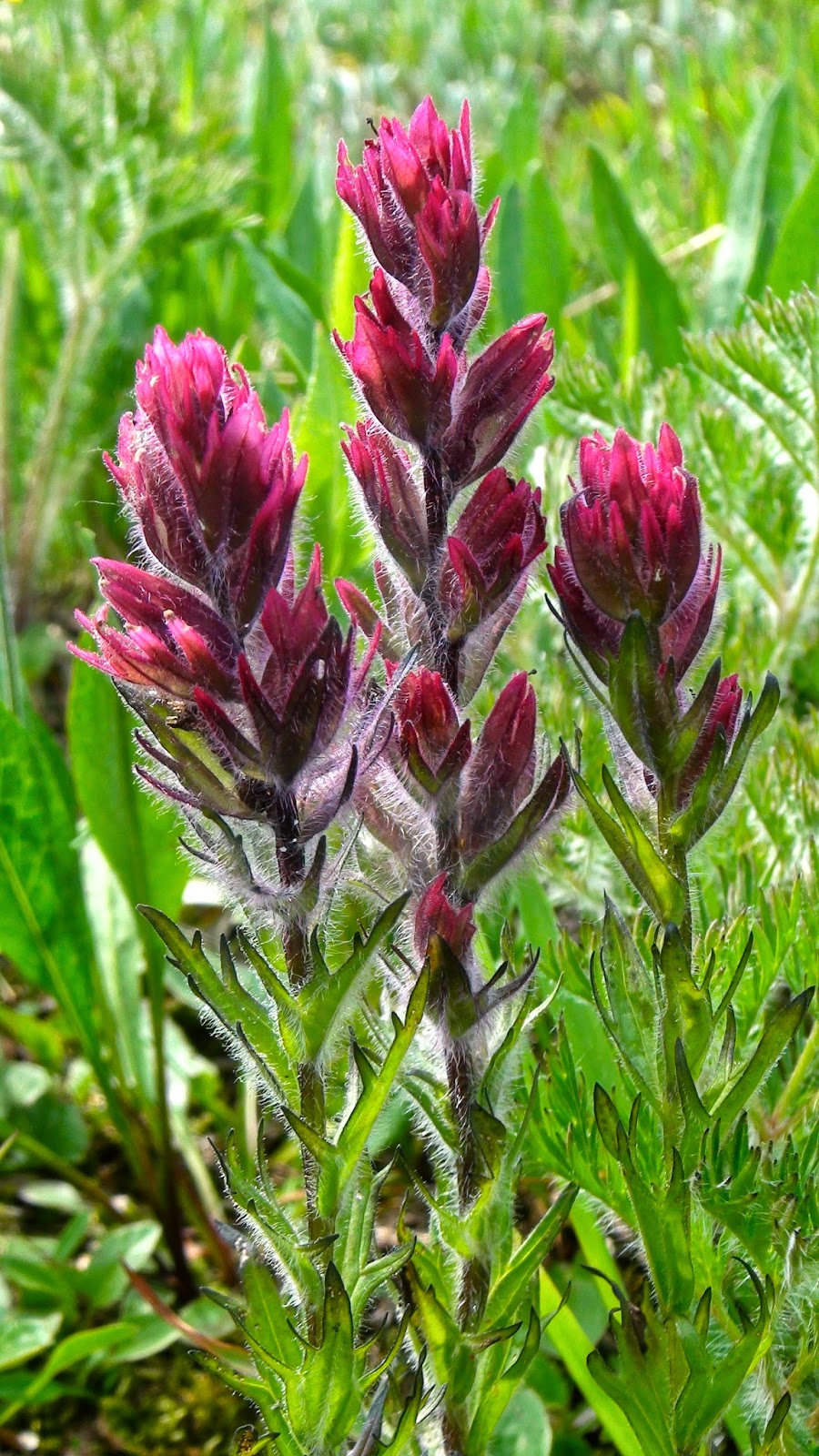