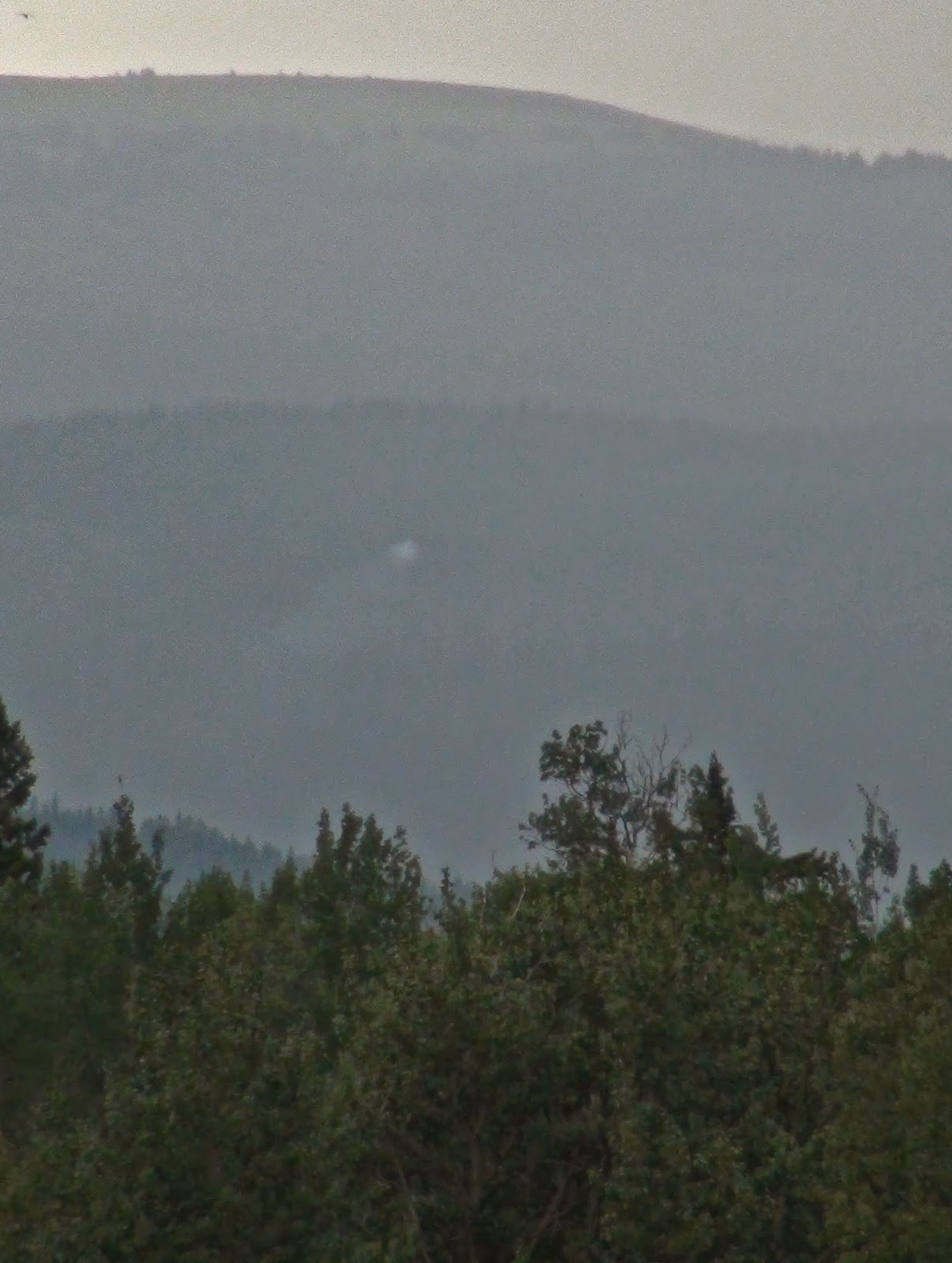 This has been a pretty active forest fire season in BC.  Although we haven’t had any big forest fires in the Robson Valley, we have had smoke from faraway fires, that often times blotted out the mountains.  Smoky haze has been with us for a month.
Yesterday, when we were just leaving McBride to go home, I saw a lightning strike up on Bell Mountain.  As we were driving beside the Fraser River on Mountain View Road, we noticed smoke rising from where the lightning hit.  For a while we even spotted some flame, so Joan started digging for her phone so we could report the fire.
By the time, we got the phone out, found the number, got a person on the other end, rain was falling on Bell Mountain and the smoke was less visible.  (The lightish blur in the middle of the photo is the fire.)  We gave all the information we could to the fire centre and proceeded home.  As we arrived home the rain began at our place, which turned into a really heavy downpour.  I assume that all that moisture snuffed out the fire up on Bell.
Amazingly, this is the second fire I have reported in a week.  On Monday, on our way back from Prince George, the air was filled with smoke, but between Dome Creek and Ptarmigan Creek, we saw some thicker white smoke drifting across the highway, and when we got close, saw a plume of thick smoke spiraling up from a spot about 80 meters from the highway.  Luckily, we were able to get a cell phone signal there and we reported the fire.
Living is such a forested area during a dry summer, and having worked all those years for the Forest Service, has made me very paranoid about forest fires.  I think we have been really lucky this year, not to have any close by.